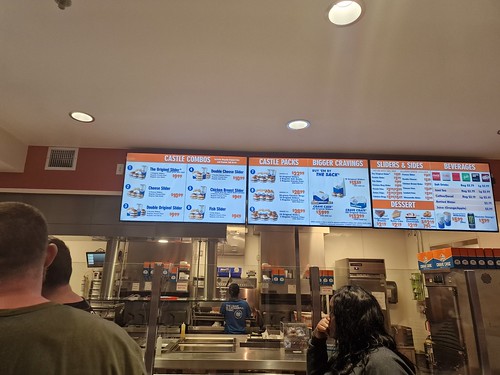 I don’t get to have White Castle very often, but there’s a new 24 hour outlet on Fremont Street which proved useful to spend a couple of hours in early on in the morning. I really wanted 100 sliders but thought that I would just stick to the Original Slider Meal. Restraint is important. 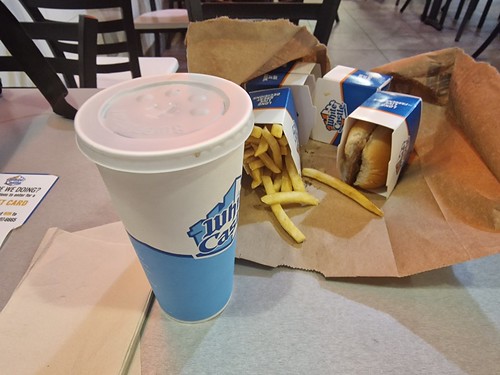 Delicious. White Castle burgers are steamed, which is unusual for a fast food chain, infused with the onions that they’re cooked on. They’re an unusual texture as they’re soft, but I’ve definitely acquired a taste for them. And you get four of the sliders per meal, what a time to be alive and all that…. They were out of Dr. Pepper, but they mentioned that to every customer as they arrived at the till, such is the popularity of this world class drink.

The reviews here are pretty mixed but I like reading the negative ones and imagining how furious the customers must have been.

“I am beyond livid of the poor quality of food I was served!”

“Woman at the register was extremely rude and spaced out. Fire everyone, replace them.”

“Was so heart broken.”

“The people behind the counter were rude, inconsiderate and hostile!”

“Congratulations White Castle. This is the single worst restaurant I have ever been to.”

I also love reviews that start:

“Before we were kicked out….”

“Acted like I was asking for blood instead of ketchup.” 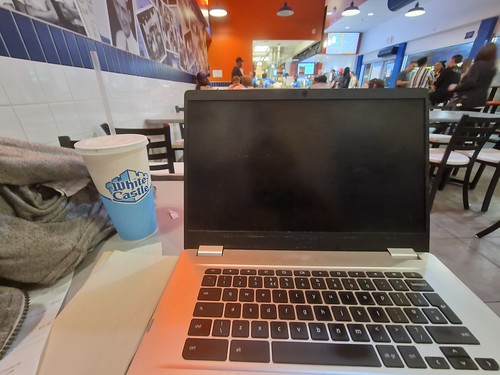 Yeah, because most people get work done at 3am at a White Castle in Las Vegas. No-one cared or noticed though as there are no shortage of odd people on Fremont Street and I thought that I was really quite productive. Bits of the floor were a bit sticky, but the staff seemed polite despite being harassed by rude customers and I liked the variety of entertainment that is almost guaranteed by drunken customers. 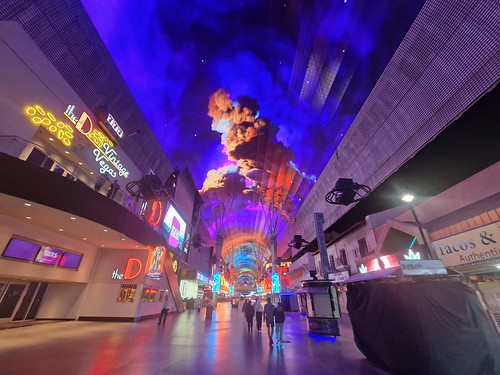 Most people had gone home by the time I left White Castle. They were sensible. 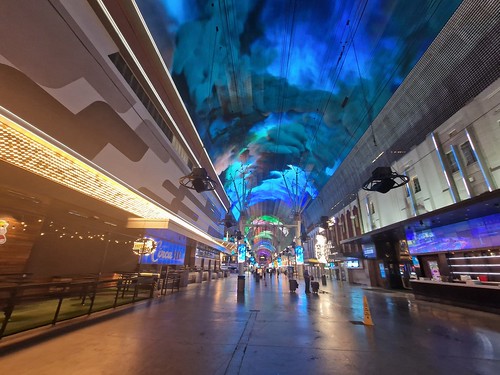 To wake myself up I went on a little walk pleased to be back in Las Vegas. And also looking forward to checking into the hotel.