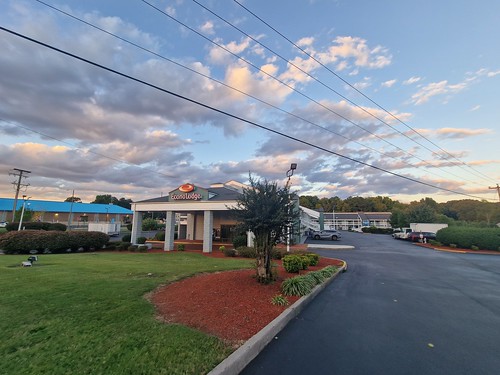 Despite trying to get hotels of an acceptable, and very cheap, quality, I still wasn’t sure before arriving how good this Econo Lodge from Choice Hotels would be. The reviews were mixed and so had low expectations, but I was surprised at just how clean and comfortable it transpired to be, so it ended up being good value for money. 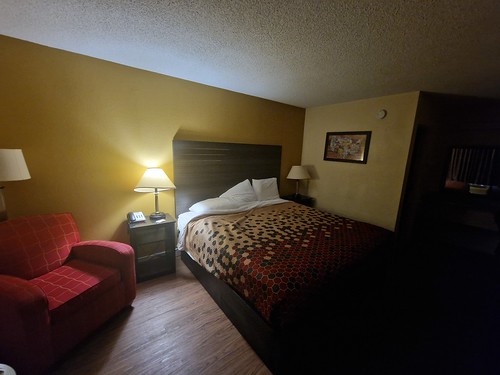 These rooms often seem quite dark as they don’t have lights on the ceiling and instead rely on table lamps and the like. But it was clean and functional, with everything as expected. There was a bath in the bathroom and the usual toiletries provided, functional and entirely acceptable. There was also a coffee machine, although this particular Econo Lodge doesn’t offer breakfasts. 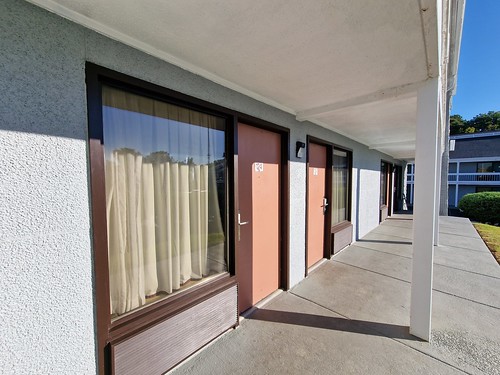 It’s a motel type arrangement, so you can look out on your car should you so desire, although that wasn’t something I concerned myself about. The large window only has heavy curtains rather than any form of net curtain arrangement, although I’m not sure that many people walked by anyway. I didn’t have noise issues either internally from other rooms or externally, I wondered whether the mixed reviews was giving them a low occupancy.

All things considered, I was pleased with this choice as the staff member was helpful, the room was clean and the price was affordable. I’m writing this a couple of weeks later in Birmingham (the Alabama one) and I have suspicions that I might have issues with the hotel tonight that I’ll be reporting, although I hope it transpires to be like this one that exceeded my expectations.