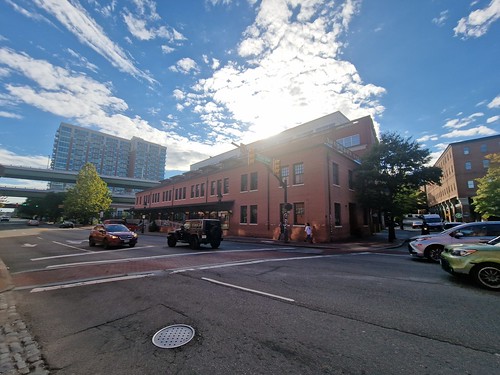 Founded in 2013, this pub and restaurant is located near to Richmond’s main railway station and the building was previously used as offices. It takes its name from the formidable Southern Railway, which was formed following the merger over many decades of over 150 railroads. 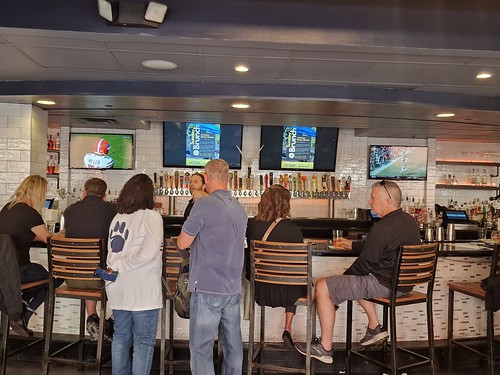 It seemed busy at first with the bar and main restaurant area being full, but fortunately there was a quiet spot near to a power outlet available. I had been drawn to this venue as they were listed on Untappd and the prices for food and drink seemed reasonable. 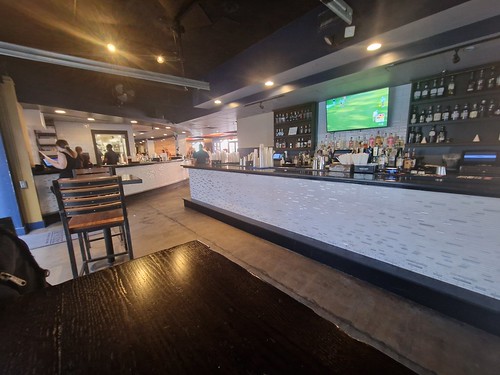 My quiet corner, just as I like it, away from loud music and raucousness. 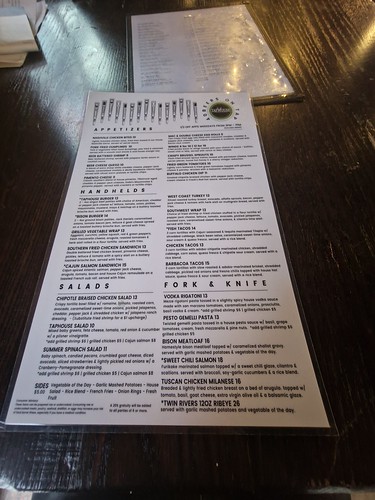 The food menu, not huge as that’s something that tends to worry me, but with plenty of choice. 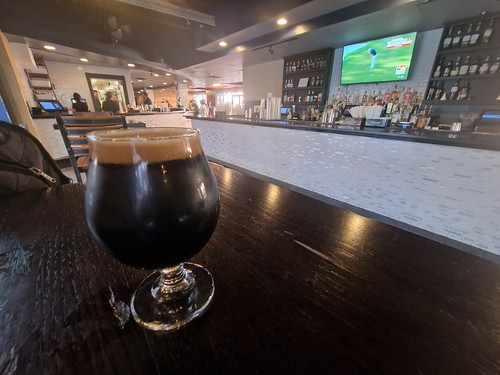 I went for the Speedway Stout from AleSmith Brewing Company, a very agreeable imperial stout with a richness of taste. Not particularly local as it’s from San Diego, but I’ve seen the beer on menus before and felt it appropriate to try it here. I felt it complemented my choice of meal very well, although I think stout goes with nearly everything, especially crisps. 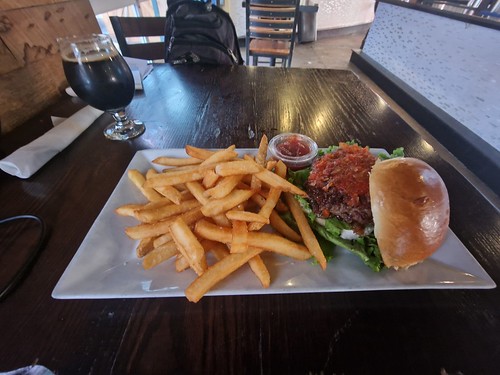 Note my bag was given its own seat and this is the bison burger. I’m not actually sure that I would have noticed that this was bison as opposed to beef, but it had a pleasant flavour and it was sufficiently filling for my needs. Everything was at the appropriate hot temperature and there were a decent number of chips.

One negative was that a credit card fee was added to my bill, although technically I had paid with a debit card, but I accept that likely makes little difference. I’ve never seen this on my many visits to the United States and it was an unwelcome addition. I must admit to lowering my tip for my first time in the US as no-one had pointed this charge out to me, so the restaurant received the bill amount I expected plus 20% as the tip. In the UK the practice has been made illegal, as it has in numerous US states as well and I can imagine that number will increase as it does no good for the customer service element. It was only a small addition, but I’d rather places were transparent if they’re going to charge it.

It’s a decent restaurant and bar, although the reviews are a little mediocre in places, seemingly because of indifferent service at times. I found the team members to be personable and helpful, especially ensuring that I wasn’t placed near to the very loud birthday group. The prices were reasonable and I like that they’ve made an effort to become involved with Untappd and to have several different beers available across a number of styles.