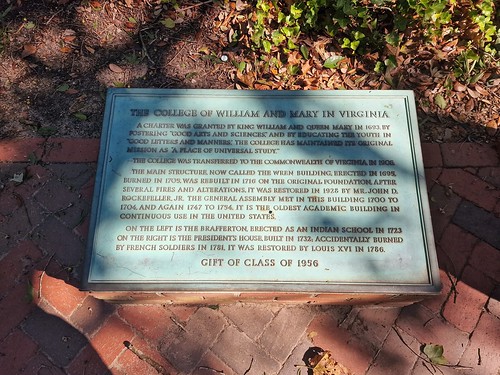 To save me retyping it, here’s some history of the College of William & Mary in Williamsburg. This could perhaps have been as well known internationally as Harvard or Yale, but its fortunes were intertwined with those of Williamsburg, which started to decline from the late eighteenth century when the state capital was moved to Richmond. It’s still an important institution and has around 9,500 students, with its first post-colonial chancellor being George Washington and, perhaps more intriguingly, its chancellor between 1993 and 2000 was Margaret Thatcher. 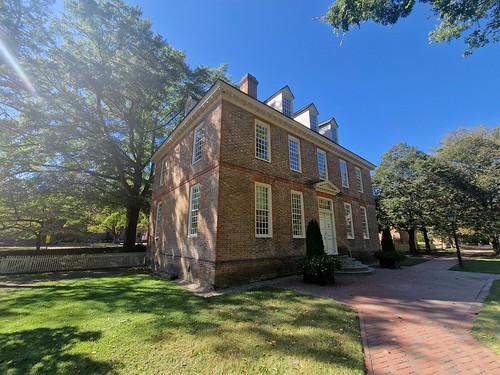 The Brafferton, which is the second oldest building at the college and it was constructed to house the Indian School which was to provide a free education to ‘western Indians’. The legacy which funded this was from Sir Robert Boyle and the trustees purchased Brafferton Manor in Yorkshire, using some of the rents to support this building in Williamsburg. 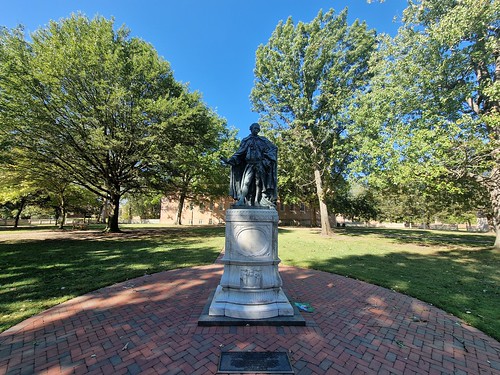 The statue of Norborne Berkeley, Baron de Botetourt, who was the Governor of the Colony of Virginia between 1768 and 1770 (and he had been the MP for Gloucestershire between 1741 and 1763). This one is a copy placed here in 1958 to protect the original statue, which stood here from 1801 other than when it was moved for its own protection during the American Civil War. 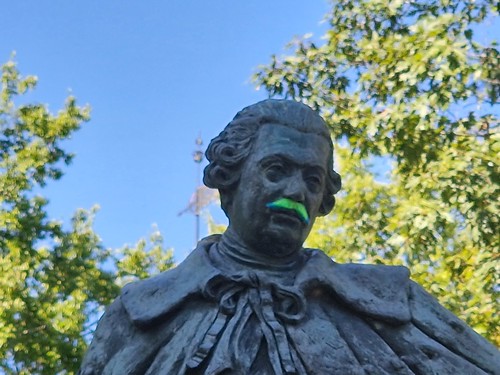