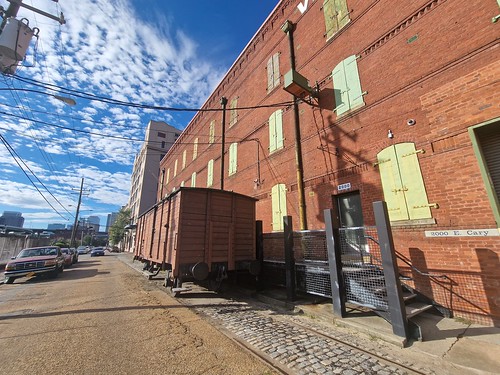 I had to rush to this museum after a longer than expected visit to the Capitol and that meant I only had thirty minutes to look around. It’s difficult knowing how to pace a visit when having limited time and also not knowing how big the museum is, but fortunately I got to see just about everything other than a few temporary exhibits upstairs without rushing too much. The building is a former American Tobacco Company Warehouse which was given to the museum by the Virginia General Assembly. 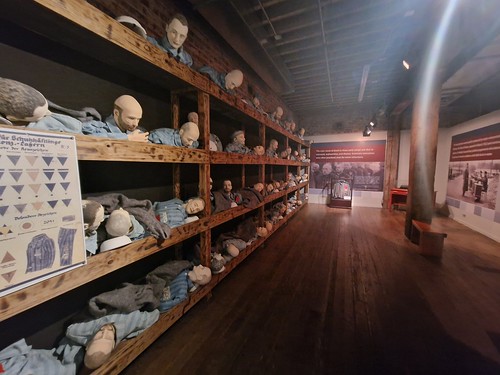 This recreation of a concentration camp is certainly quite a dramatic first exhibit in the museum. 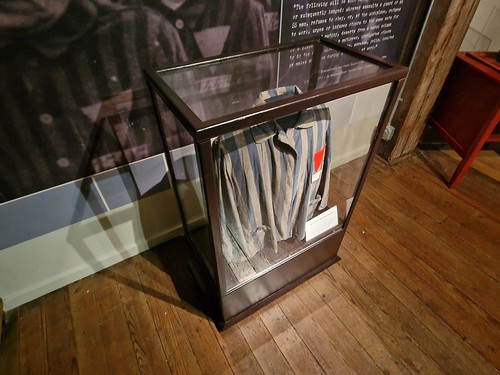 I think every Holocaust museum tries to acquire a concentration camp prison jacket, with this one likely being from Sachsenhausen concentration camp. A US military officer was able to visit East Germany following the end of the Second World War and he acquired a number of jackets, including this one. It has two prison numbers so was likely worn by two different individuals, but it’s not known what happened to them. 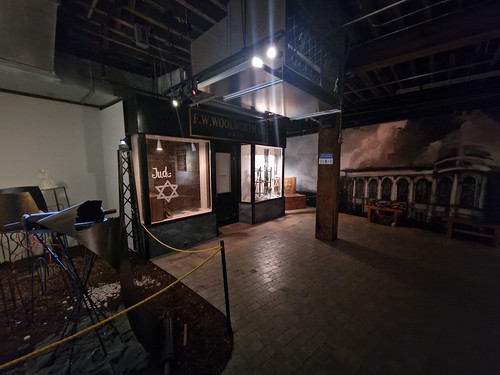 There’s a lot of powerful imagery throughout this museum, with this area representing the horrors of Kristallnacht. Unfortunately, there aren’t a vast number of original exhibits, but that’s not surprising as there aren’t that many still in existence and numerous institutions like to have items such as this to help tell the story of the Nazi hate. 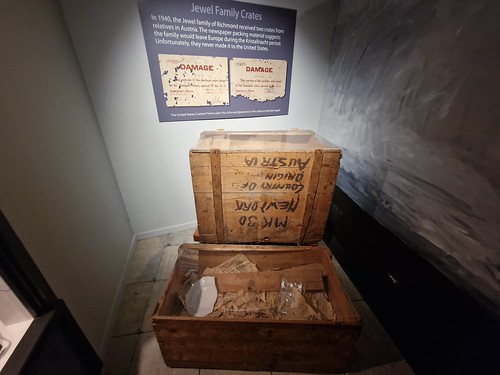 There is a sad story behind these packing cases, which were received by the Jewel family in Richmond in 1940. They were sent from Austria by individuals trying to flee the worsening Nazi regime and it’s thought this was about the time of Kristallnacht. Unfortunately, the individuals who sent their items never managed to flee and there’s a final sadness that their possessions were damaged en route. It’s hard not to think of the care with which they likely packed these cases and their uncertainty about their own future, a story which unfortunately has no positive ending. 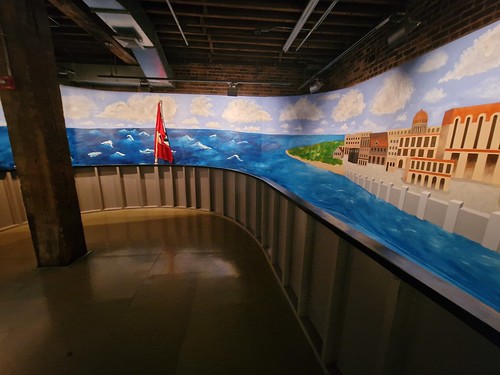 A recreation of the St. Louis debacle which I’m surprised I haven’t written about before as I’ve come across this appalling story in numerous museums. In short, the St. Louis boat set off from Hamburg in an attempt to get to Cuba and from there many hoped to enter the United States. Those poor souls were fleeing occupation, but other than for a handful of people, they then were refused entry into Cuba by the country’ President, even though they had the appropriate documentation. Then, the United States refused to accept them as well, even though they were sailing near to Miami and there was opportunity for them to disembark.

The forsaken individuals were accepted back in Europe by countries such as Belgium, the Netherlands, the UK and France, but some went to areas which were overtaken by Nazis during the Second World War and they didn’t make it out alive. It’s thought that of the 936 refugees who tried to leave in early 1939, 227 died during the war. In 2012, the United States apologised for this travesty of justice and then in 2017, Canada did the same. Unfortunately, Canada’s general behaviour over many years in blocking Jews entering their country was horrific and one which they’ve struggled in many ways to deal with and there’s a powerful memorial about this in Canada called the Wheel of Conscience, with more information at https://pier21.ca/wheel-conscience. 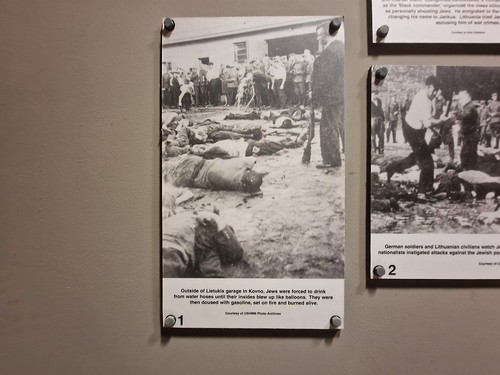 Most photographs that I see at Holocaust and museums covering the Second World War are ones that I’ve seen before, as the Nazis tried to block evidence of their brutality and so there’s not that much out there in terms of media. These ones from Kovno, which is Kaunas in Lithuania, are ones that I haven’t seen before and are certainly horrific. Without going into excessive details, the idea of being forced to drink water is horrific and I can’t imagine what these people went through. 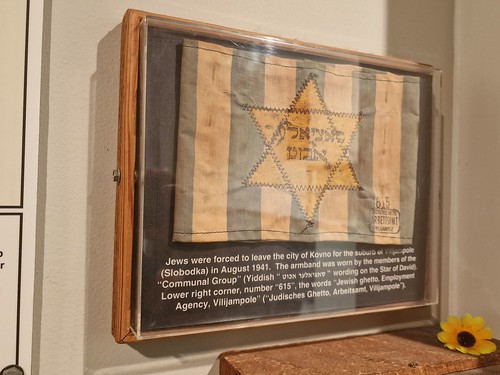 An armband originally worn by someone fleeing Kaunas. 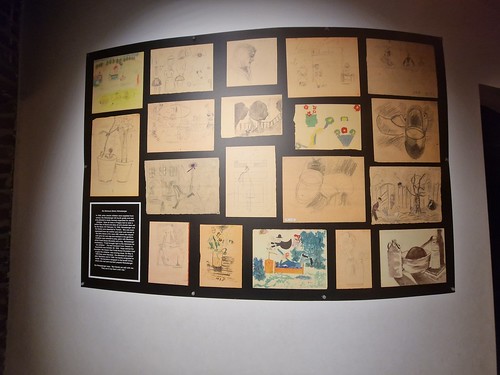 These drawings are from Terezin, which I visited earlier on during the year. 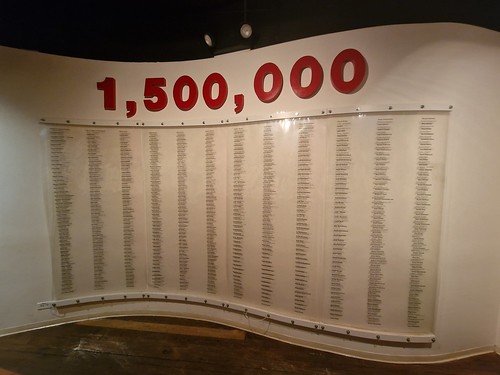 This memorial marks the 1.5 million Jewish children who lost their lives during the Second World War. 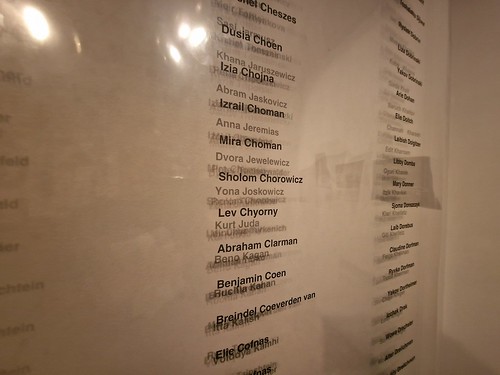 Names of the many children who died are listed on the memorial. 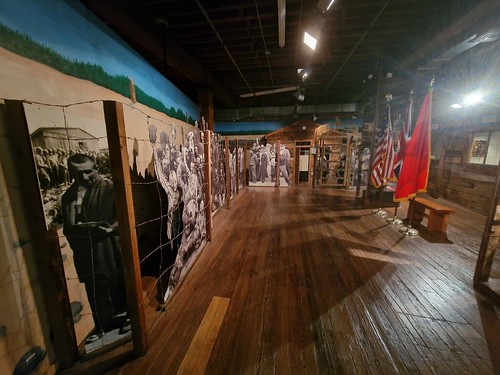 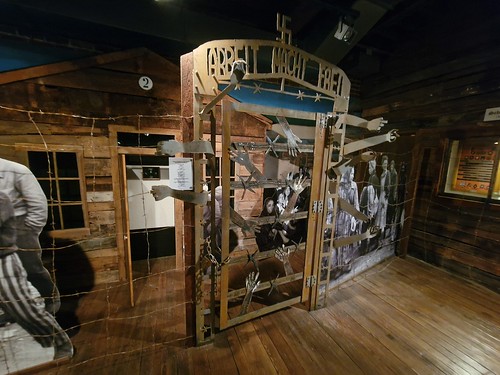 There’s little let up on the imagery as these two photos show, but for many of their younger visitors, who are primarily from the US of course, I imagine much of this is new to them and it’s a useful way of explaining the narrative. 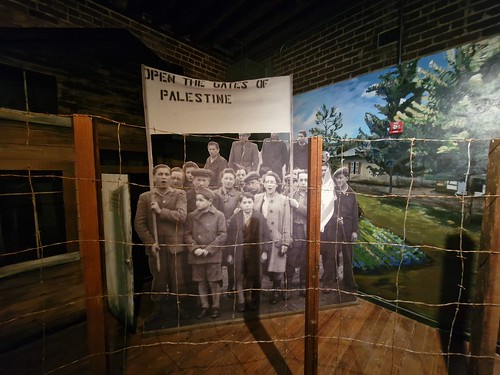 There’s a large section of the museum which focuses on the creation of Israel. 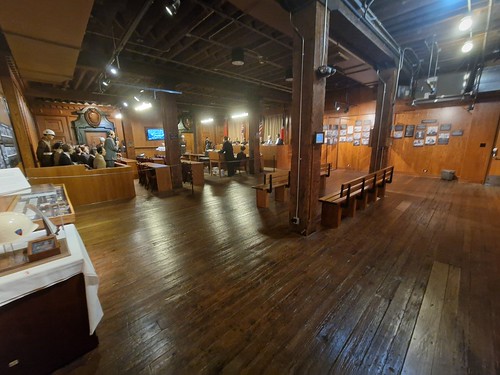 I was particularly interested to see how they dealt with the Nuremberg court rooms as I visited the real ones a few months ago. 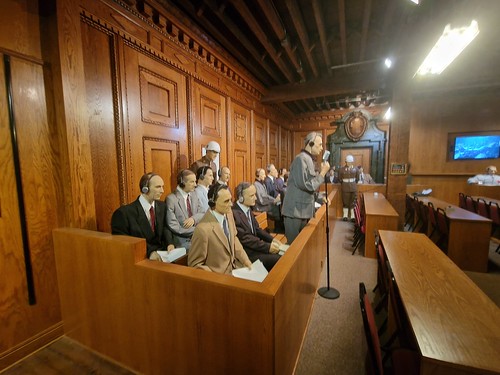 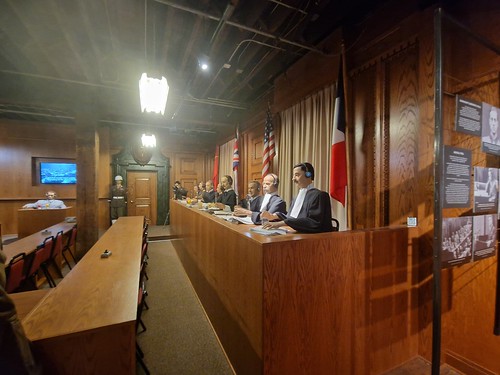 It’s a fairly life like recreation of the court room to be fair within the limitations of the height that they had to play with. 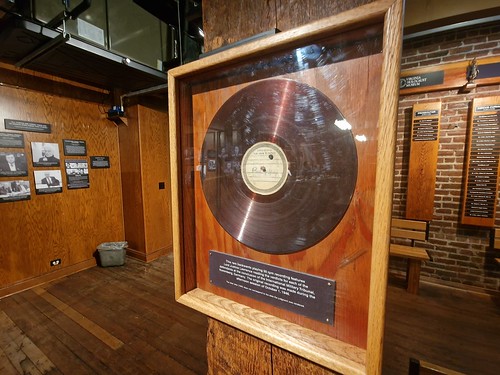 This 50 rpm record has a recording of the judgements that were read out at the trials. 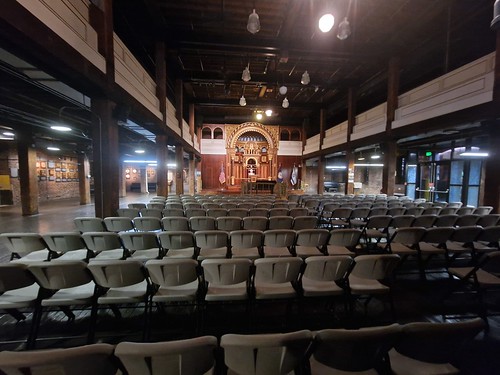 This is a recreation of a Jewish synagogue from Kaunas, with the area also being used for lectures. 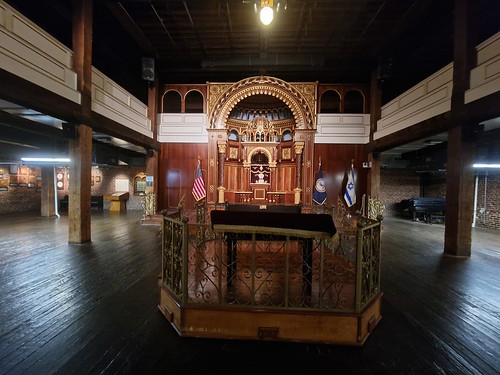 The recreation of the synagogue was made more authentic as staff went to Lithuania to take measurements and photographs, with this reconstruction opening in November 2005.

I could have spent longer here than the thirty minutes that I had, not least as I didn’t get chance to visit upstairs, but I found it an interesting and well put together museum. Perhaps some of the imagery was a bit dramatic, and some broken lighting made a few areas quite spooky insomuch as I couldn’t see where I was going for a few seconds, but given it was free of charge to enter I have no complaints. Indeed, it’s very well reviewed by the vast majority of people who have visited, although a few did feel that the imagery was a bit too much at times. However, given the number of school visits that they get, it doesn’t seem inappropriate to tell the story of the Holocaust in different ways.

It’s clearly a well funded museum as it’s a large location which isn’t charging for admission and they’re also embarking on a modernisation as the permanent exhibits haven’t been substantially updated since they opened in 2003. Inevitably this museum isn’t as large as the Holocaust Museum in Washington DC, but it still attempts to tell the story in the best way that they can. Definitely recommended though and best to take an hour or two to look around.