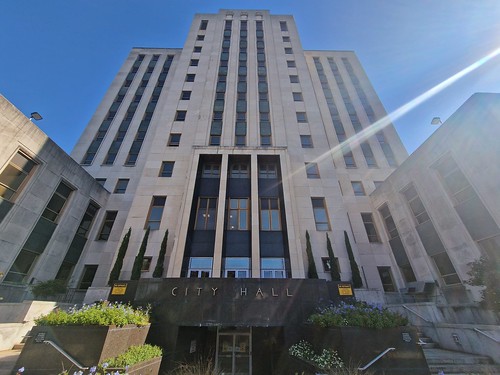 This gloriously designed building is the City Hall of Birmingham, constructed in 1950 and interestingly (to me at least) with a time capsule to be opened in 2050. There are few cities that I can think of that I suspect will be so different between 1950 and 2050, but more on that subject in another post. 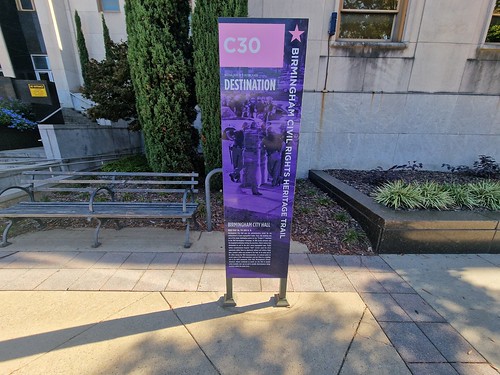 One of the main reasons that I was in Birmingham is because I’m fascinated by the civil rights movement and the city is a key part of the story of the inspirational Martin Luther King. I’ve visited where he was born and where he was killed, but Birmingham was a major part of where he and many others took the fight for equality.

I walked around the civil rights trail, of which one of the above boards is in the photo above, and the city hall is important because it’s where marches often ended. Birmingham was heavily segregated and the Public Safety Commissioner Bull Connor was a key figure working from the building and he was not going to accept anything that he considered to be trouble. That meant there were flashpoints here, including the one mentioned where he stomped out of his office, saw children protesting and he ordered the police to put them in cells in the basement of the building.