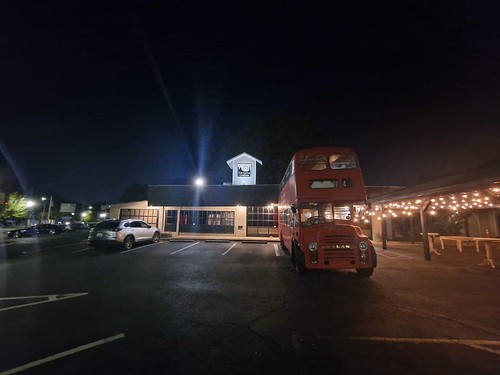 I had very high hopes of the Little London British themed restaurant which was located just opposite the hotel that I was staying in. It’s got impeccable reviews and had a tempting and innovative menu, with a clear community spirit going on. I got there and it was shut, but I noticed when I got back to the hotel that they had posted on their Facebook page:

“Hello all. We appreciate all of the love and support you have shown us through out the last few weeks. You have truly shown the power of community. However, we cannot in good conscience continue to delivering the level of service we have as we are so understaffed.”

I thought that took the theming of a British restaurant a bit too far but I appreciated they were trying to recreate the staffing problem faced back in the UK. Unfortunately, soon after this message there was another where they announced that they had permanently closed and they never re-opened. I was genuinely disappointed for them when I heard about their story, they clearly tried very hard and it was a shame that I didn’t get chance to dine there as I suspect that the welcome would have been genuine and charming. I’m not sure how they got the double decker bus out here or whether they’re keeping it, but what a lovely touch. 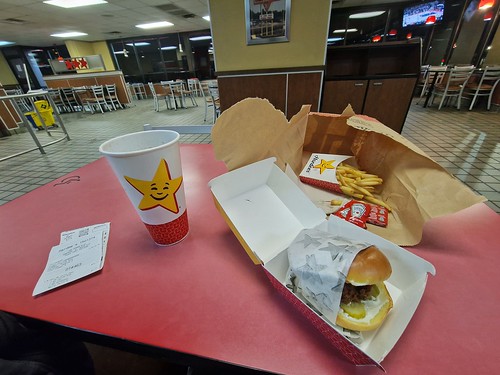 Instead, I went to Hardee’s located nearby, which was easier said than done as it involved crossing a major road where they hadn’t bothered to put anywhere for pedestrians to cross. Whilst standing there being moderately angry, I pondered momentarily writing to the transport commissioner in Birmingham about the omission, but having seen the state of other parts of the city I didn’t imagine my missive would have been greeted with great excitement. Back to the fast food though, I was the only person dining in and my chicken burger was freshly made and surprisingly good. After about eight litres of refillable sodas I made my way back to the hotel, slightly disappointed that what I had anticipated being a very positive British dining experience didn’t work out.