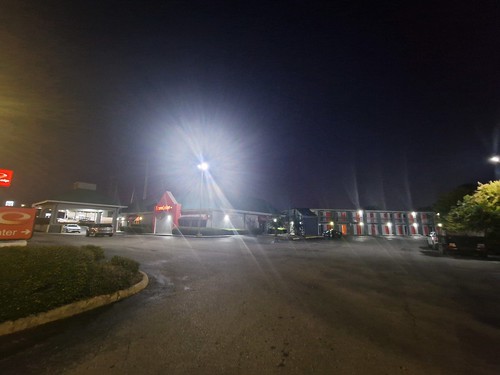 The bus that I had travelled on to get to the hotel wasn’t the cleanest, but it did drop me off outside and on time so I relieved to get there. Also, public transport in the United States is cheap, so it had been a cheap expedition. I was a little worried about this hotel in advance as I had read that they needed a cash deposit and I had spent most of my remaining money at a restaurant in New Orleans. The ratings are also dreadful and I only stayed here as it was very cheap, indeed the cheapest stay of my entire trip. 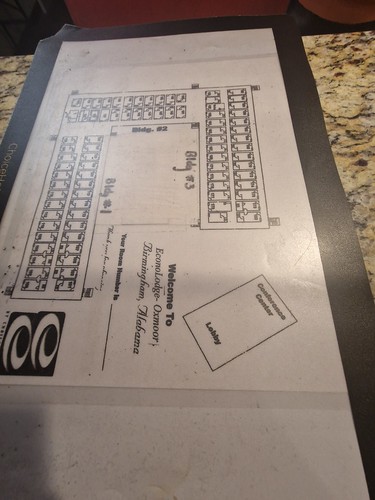 I had a wait of ten minutes before I could check-in as the desk staff were struggling with their IT, but everyone seemed calm and ready for their fate. The hotel is sizeable, but guests are allowed to look at the site map before trundling off to their room. There was a deposit of $25 which seemed ridiculously low to me, it’s apparently a cleaning fee in case you smoke in their room or pinch their bed. I’m not sure that the $25 would cover much, but they put my deposit on a card and refunded it the next morning, so I had no need to worry in advance about needing cash. 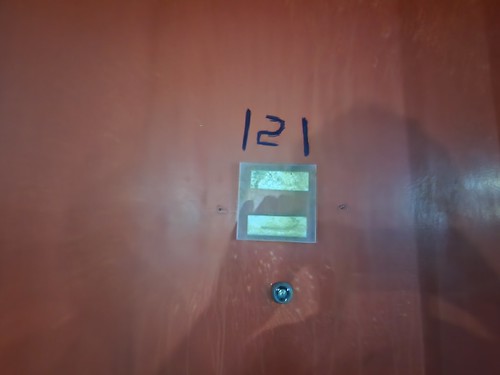 Here I am at my room. They haven’t gone down the route of buying numbers for their doors, they’ve just written them on with a pen. I was humoured, I liked it as it just shouted quirky, quality and decadence. 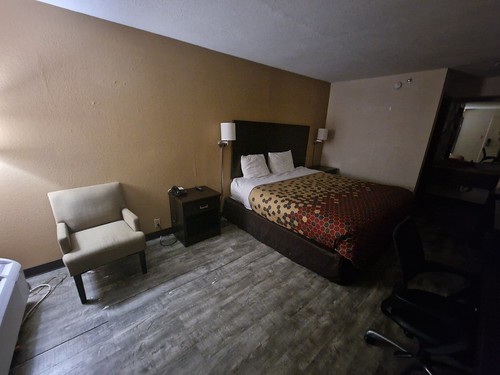 The hotel room looked quite tolerable in the dark. One of the things that the owners have done is put in new flooring. This is a great concept, but it was like I had done it, with bits not lying flat, some not reaching the wall and gaps in other areas. 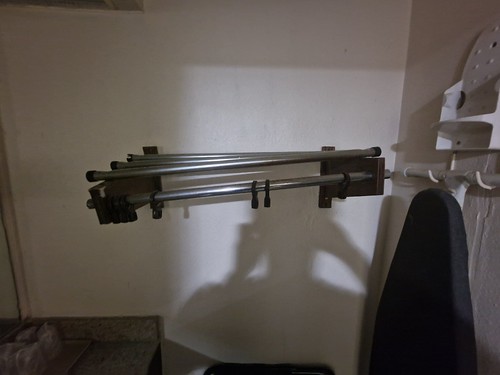 The mostly broken hanging rail, not that I had anything to hang up. I just chuck things into my bag or onto a chair, I’m not a demanding traveller. There was an ironing board and iron holder, but no iron. 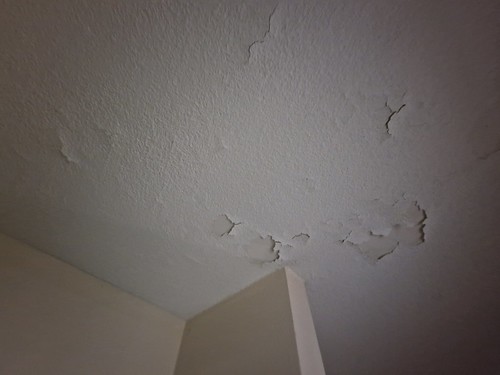 I admired the attention to detail here as this ceiling had recently been painted. There was no plug in the bath and I don’t mean that the rubber bit was missing, but the whole lot so there was just a huge gaping hole. I was a little concerned that a snake could come up there, so I ensured that I shut the bathroom door. I only spotted one cockroach, so that was good as others have seen whole bus loads of them walking across the room.

There was meant to be breakfast included, but I knew in advance from the reviews that there wouldn’t be and I also didn’t think I wanted to eat here anyway. But, actually, I quite liked this hotel as although it was a complete dump I did sleep well and very cheaply. I felt safe in the hotel (not because the safety lock was even there, but I barricaded the door with their assorted furniture), the staff members were pleasant and I was quite amused at the state of the facilities that they were renting out. I also got the impression that they had given me one of their best rooms, so I didn’t feel hard done by. I was only staying in Birmingham for one night and although my expectations were hardly exceeded, I did feel that I got what I paid for.