I should add that I only spent one day in Dublin for those wondering why this US trip is currently stuck at a suburb of the Irish capital, there will be more American content than you can shake a stick at soon enough though. 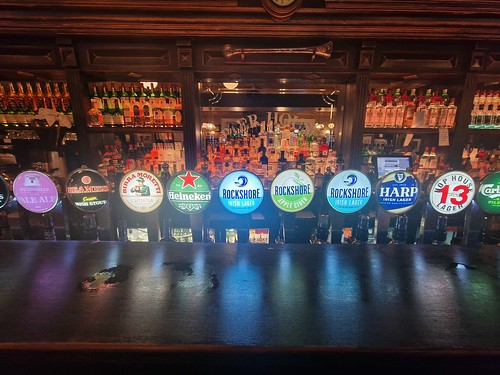 One challenging element with Howth is that there are a fair number of restaurants and pubs here, which is lovely, but it’s clear that the pubs are in general really looking for customers who want to have a meal. I noticed though that O’Connells had a large sign outside saying they were open, but their kitchen was closed, so this seemed fortuitous and so I went for that.

As another one of my irrelevant asides, I still can’t look at a Harp logo and not think of the memorable (well I remembered it) advertising slogan of “time for a cool, sharp Harp”. Who says children aren’t swayed by marketing messages for alcohol? Not that I ordered it, so it didn’t actually work here. 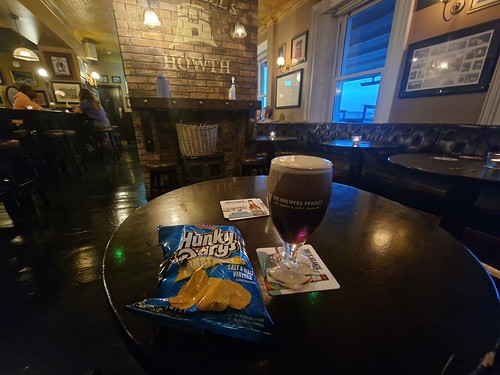 I’ve had plenty of Guinness in Dublin, including at the storehouse on a few occasions, but I hadn’t had chance yet on this trip and so I thought that was appropriate. I went for a nice meal with it, of salt and vinegar crisps, a flavour I picked as the entire range available was salt and vinegar. A beautiful combination of food and drink, some great flavour combinations were going on there. I won’t claim that it’s only possible to get great Guinness in Dublin, but it does seem to be served just a little creamier here. 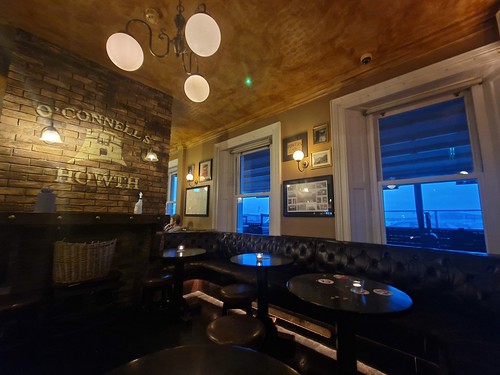 This felt very Irish in terms of the atmosphere, plenty of character in the pub and it felt welcoming and comfortable. I had a pleasant half an hour or so here, soaking up the ambience whilst starring at my phone, which is something I wouldn’t be doing in a Sam Smiths pub as they’ve outlawed ambience. Not that they’ve got any in Ireland, and they seem to have ever fewer in the UK, but I digress. It wasn’t very busy, but perhaps many of their customers would have normally been looking for a meal as well, but the prices seemed reasonable for drinks and crisps at least.

Just to increase the anticipation about the number of posts that there will be about this Goose Island brewery tour,