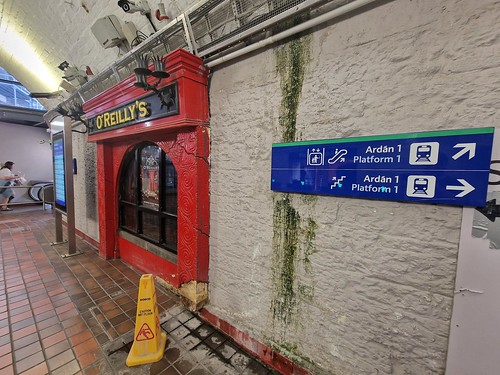 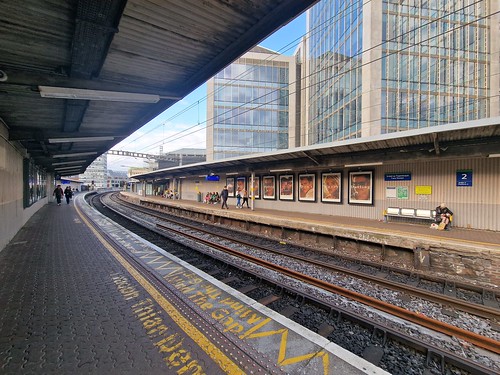 The railway station opened in 1891 and it’s served by Dublin Area Rapid Transit, or DART, which is the service that I was getting to Howth. I was travelling on a Sunday and there seemed to be trains to Howth around every thirty minutes. 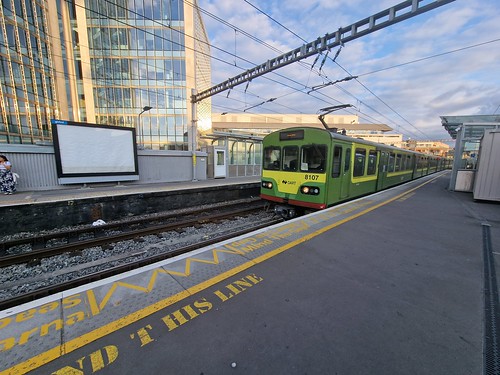 It’s not the most modern and sleek design for a train that I’ve seen, but it’s functional and that’ll do me. The majority of the fleet was built between 1983 and 1984, although they have a few more recent engines, although nothing later than 2004. It’s cheap though, but more later on the public transport card that I had. 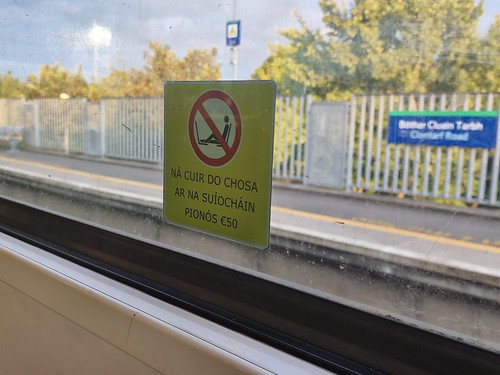 This is a very good idea and I didn’t notice anyone on the train put their feet on the seats. It’s a very British problem though, it happens frequently on British trains and very rarely in Poland, where I’ve only seen it happen once. And when it did, the elderly Polish ladies nearby looked as angry as a Brit when someone has barged into a queue. I remember once on a service hearing the announcement say something along the lines of ‘if you see anyone with their feet on the seats, please call British Transport Police’ which seemed a bit excessive. I suspect it was said by an angry guard trying to scare some of the unruly passengers that he had. 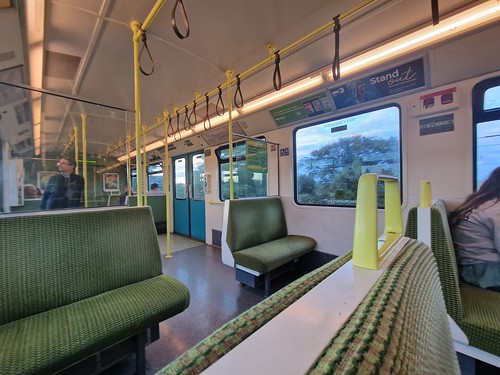 It’s also not the most stylish inside the carriages either, but for a rapid transit system, I’ve seen worse. It was a relatively busy service until near Howth, which is the end of the line. 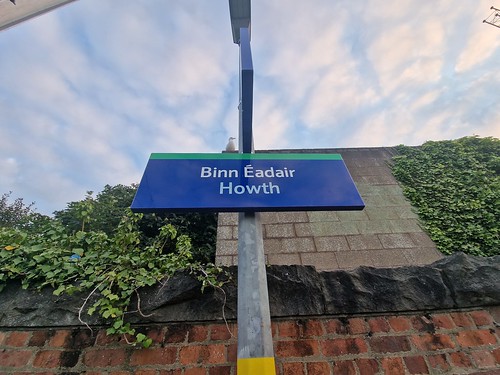 Wooo, safely into the delights of Howth, where I’ve been meaning to go for some years. Howth is a former village which has now become effectively a suburb of Dublin, but it retains that rural feel to it. However, more on that in the next post…..