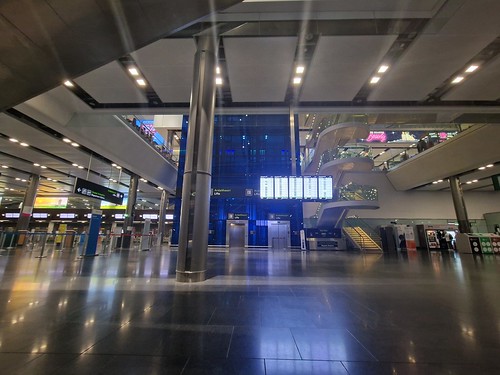 As one of my cost cutting measures for this trip, I didn’t bother getting a hotel in Dublin for the Sunday night as I had such an early flight on the Monday morning. Hotels were over £100 per night, so I wasn’t going to do that when I’d have to get up at about 03:00 anyway. Unsurprisingly, the airport wasn’t very busy when I arrived at midnight, I think others thought that they’d pay for a hotel. Such decadence. 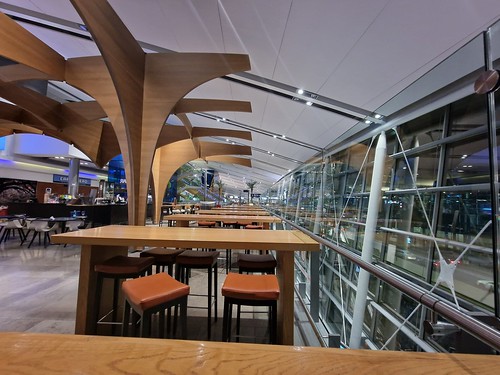 There’s a restaurant upstairs at Terminal 2 landside which doesn’t seem to mind people using their tables overnight, as long as they clear off by the time they open. That’s where the entirety of the Dublin early morning flight brigade went anyway, other for the two people fast asleep in the middle of the floor downstairs. This was handy from a point of getting stuff done, although to be fair I was just a little tired. But, I had two flights to sleep on, so I was content that this was a good idea, even though it clearly bloody wasn’t. Incidentally, Terminal 1 security is open 24 hours which is convenient for those not flying from Terminal 2….. 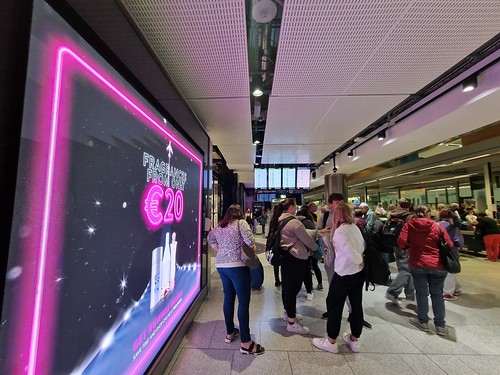 Security opened at 03:30 which was earlier than I had expected, so I thought I might as well as go through for a change of scenery. I was trying to take as long as possible, but this plan was spoiled by a helpful member of staff who pointed me towards the front of a newly opened queue, which meant I was through security in about two minutes. The photo above is of the group of people who stood there waiting for the duty free shop to open as security had managed to get there first in terms of their efficiency. Usually, the duty free shops are open when security is (so they can sell, sell, sell to quote Del Boy), but instead the airport staff were calling passengers through another door to stop them backing up and getting in the way of the security process. But I then discovered news that the airport lounge opened earlier that I expected, so all was well, I only had a few minutes to wait before I could hopefully get a coffee.