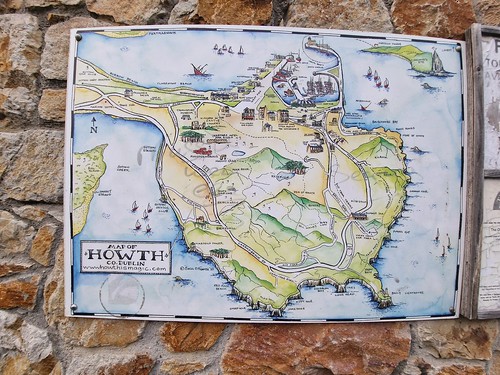 Apologies to the blog readers (or reader, I don’t want to set my ambitions too high) but these posts aren’t going to be epics, more just reminders of what I’ve done on this trip. I’ll make them as interesting as possible, but I might set the bar quite low. Anyway, this is Howth, something of a local tourist destination. It’s known for its fish restaurants and there’s plenty of good walking in the area. I got there just before it was getting dark, so I limited myself to a walk of around two miles (we’re not all Dave Morgan who would have likely been excited by the big hill visible and gone running up it). 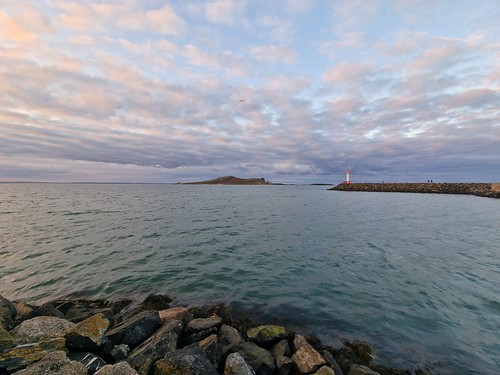 Howth is around seven miles from the centre of Dublin and I think it’s now one of the more upmarket suburbs. The train journey takes around thirty minutes and Howth is literally the end of the line. In the background is Howth Harbour Lighthouse, built in 1817 and in use until 1982, with lighthouse keepers here until 1955 when they put electricity in to control the lights. 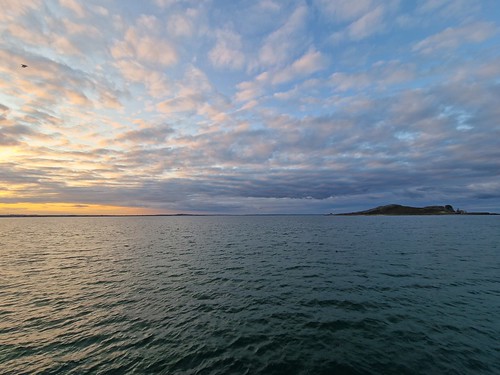 I had to scrabble up some rocks to get this photo. Very brave. 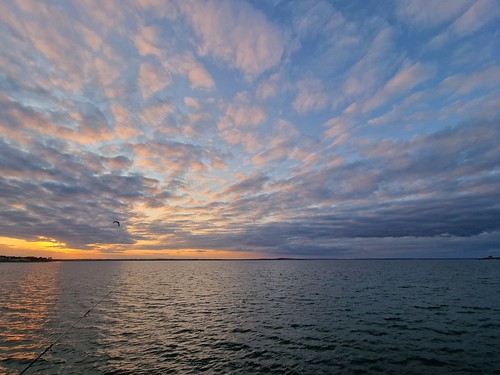 There were some people fishing there, that’s not my fishing rod in the photo. It did mar the photo a little, but I didn’t feel it appropriate to tell the fisherman to move it. 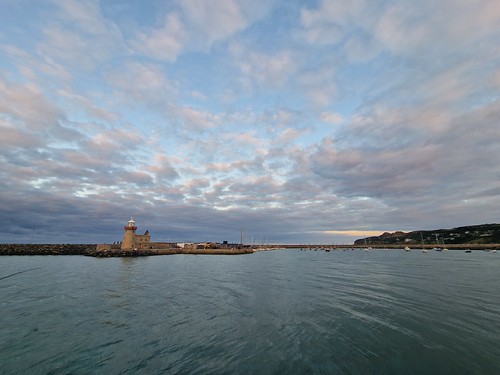 As a fun fact (or sort of fun, I’m not sure invasions are ever really pretty), the Normans took control of this area in 1177. It’s an interesting part of history the Anglo-Norman invasion of Ireland, but I’ll let Wikipedia pick up that story at https://en.wikipedia.org/wiki/Anglo-Norman_invasion_of_Ireland. 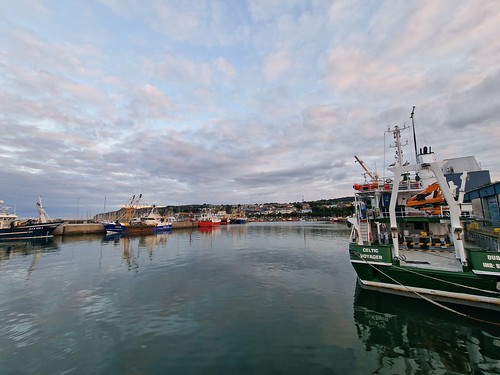 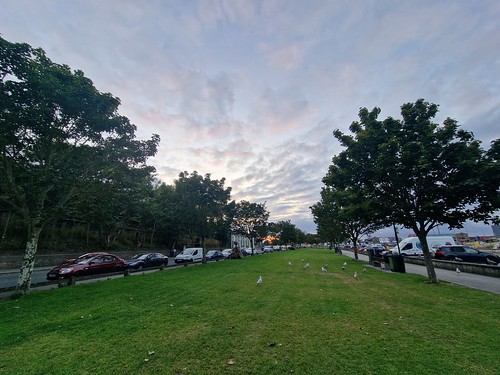 I took this photo as I was impressed at the group on the right merrily eating their fish and chips, whilst a herd of seagulls sat behind them. I wouldn’t have been that brave. 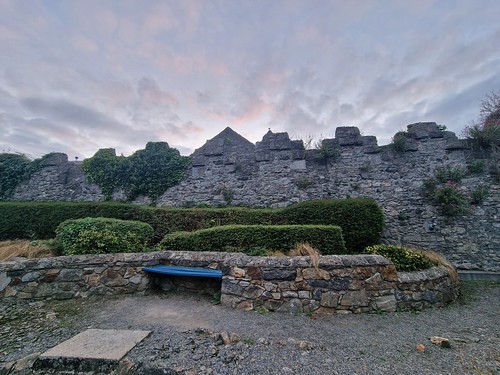 I had hoped to see something of the ruins of St. Mary’s Abbey, but unfortunately they’re firmly closed off in the evening. This is the external wall and it was the Vikings who first built a church here in around 1042, although much of the current building is from the fourteenth century. 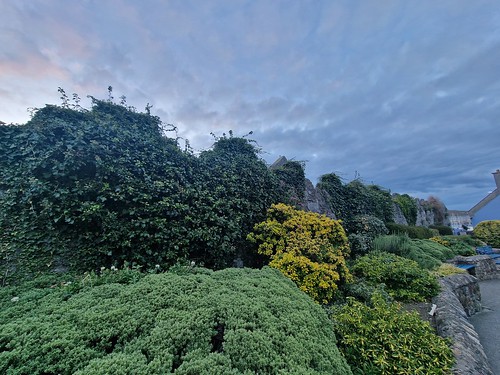 The external walls didn’t disappoint though and there’s a seating area installed here. 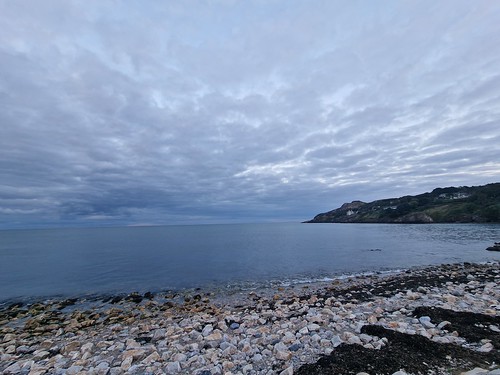 I had a little meander down to the sea as that felt appropriate. 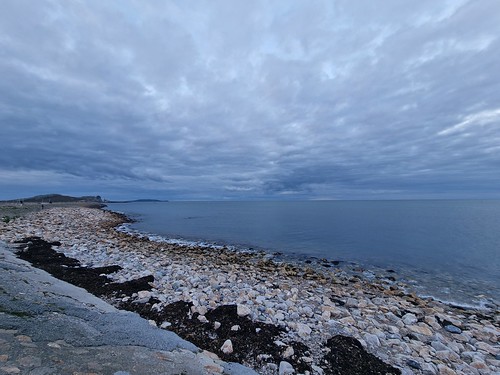 Very peaceful and I can see why this is a popular walking area. It was still quite warm as well which was pleasant, although I accept that my “quite warm” is ‘freezing cold’ to some people. 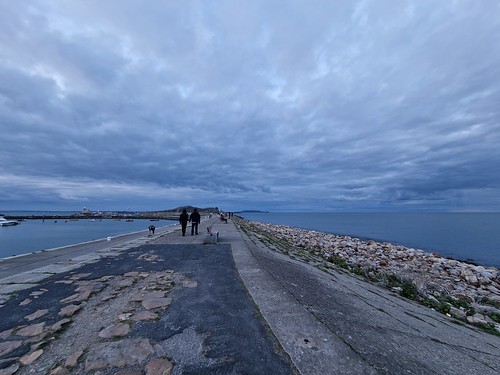 You can walk all the way to the lighthouse, but it was getting dark and I thought I’d better not traipse off along here in case I fell in or something. The phone is also being generous to the amount of light available here, it felt much darker. 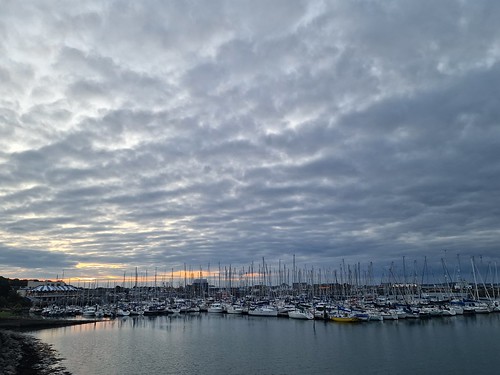 Evening setting over the fishing village. So what more was there to do here before I went back to Dublin? I thought I’d go to a pub, but more on that in the next post. Sorry for those who subscribe to this blog and get every post, you might get a fair few notifications this month unless you change the frequency to a daily or weekly summary.