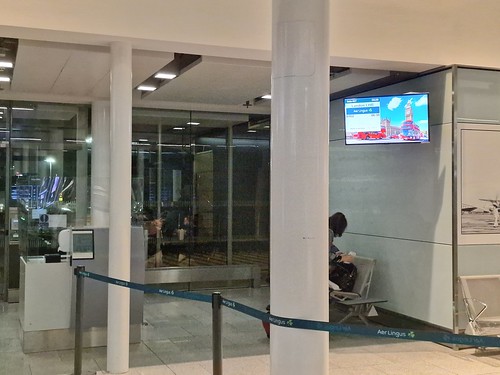 As is just about visible for anyone zooming into the image to look at the screen, I arrived at the gate at 05:29 for my 06:30 flight. I left the lounge at 05:28 thinking it might take twenty minutes to get to the gate. It didn’t. I refuse to ever be realistic in case the one time that I’m not, I’ll be delayed somehow en route and miss my flight. 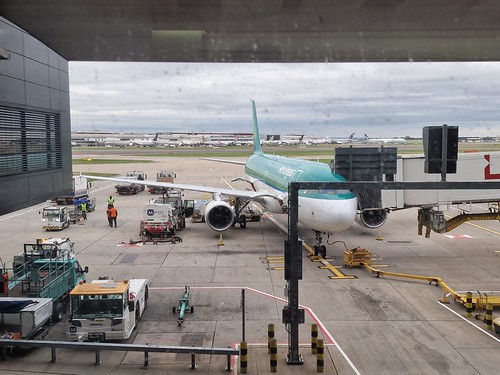 Here’s the Aer Lingus flight having landed into Heathrow T2, as I couldn’t get a photo in Dublin. The aircraft was at capacity and I boarded towards the end (no status with Aer Lingus) which didn’t much matter as I had an aisle seat. Nothing is provided free of charge on Aer Lingus in terms of refreshments, but there is a trolley going around selling food and drink. I can’t add much detail to the flight since I was asleep for the entirety of it, but I’m sure it was lovely.

For reference (more mine than anyone else), this was an A320, registration EI-DVE, which Aer Lingus have operated since they acquired in new in 2007. 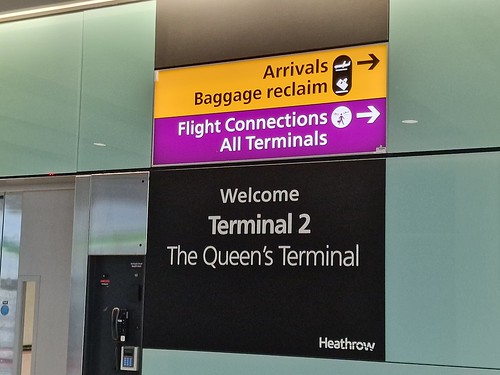 It felt appropriate to land at Heathrow T2 on the day of the Queen’s funeral, as this is the Queen’s Terminal. Despite dire warnings from Aer Lingus about delays on the day of the funeral, including trying to get me to change my flight, everything went to clockwork in terms of the flights. Although to be fair to Aer Lingus, they did have to cancel some of their flights later on during the day, so the situation probably felt quite fluid last week.