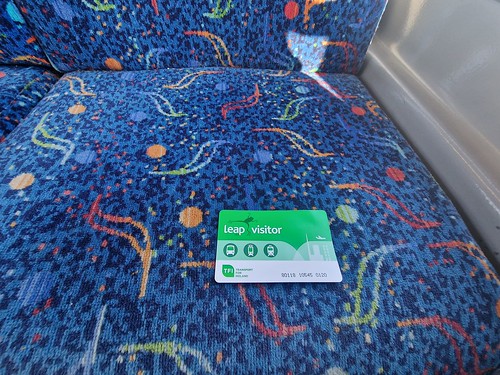 I hadn’t known about these Leap Visitor cards on my previous visits to Dublin, but it worked out quite handy for my 24 hours in Dublin. Getting the bus to the city centre from the airport is a slight faff using local buses, as Liam and I discovered a few months ago, as it’s cash only and no change is offered. I think the system is being improved over the next couple of years.

I read that it was possible to buy these visitor cards at WH Smiths at the arrivals floor at the terminal. Pleased at how easy it was, I went to buy one, but was told their IT system was broken. However, they said they have placed a set of cards at another shop in the terminal, where I was able to get them from. After only 5 minutes of faffing about I found what I needed and was set to go. The card costs €8 for 24 hours, which is only a little more than a return bus ticket from the airport.

The card can be used on Airline, scheduled buses operated by Dublin Bus, the Luas (the city’s tram service) and DART (the city’s light rail service). It can also be used as commuter rail in the ‘short hop zone’ although I didn’t try that. 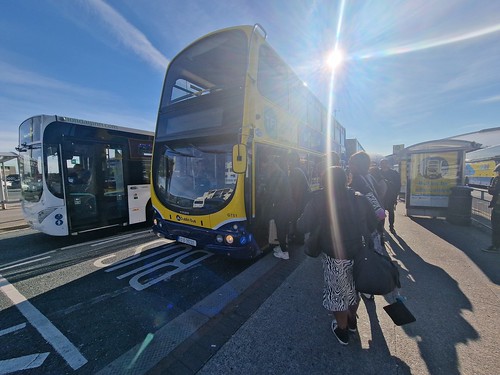 The bus from the airport and it’s easy to validate the card on the validators which they’ve put on, or at the entrance to, all forms of public transport. On buses it’s not on the driver’s little panel of stuff, there’s a validator on the pole when entering which saves some time. 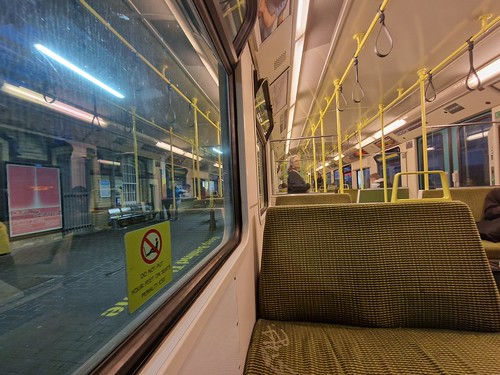 The DART back from Howth to Dublin that I mentioned in my previous post. 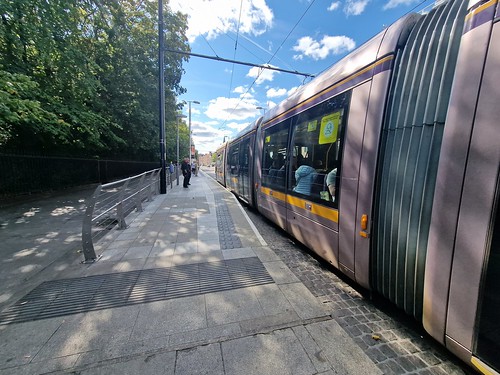 And for completeness, I went on a tram so that I didn’t feel I was missing out. I’m easily pleased. I’d add that they’re quite shiny new trams and I will repeat once again, there should be more tram systems in the UK….. Particularly in Norwich to replace the bloody awful bus service, but I won’t go down that rabbit hole of discussion again. 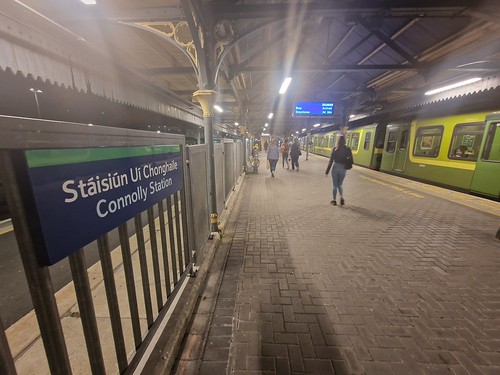 And getting off at Connolly Station, named after the Irish republican leader James Connolly. 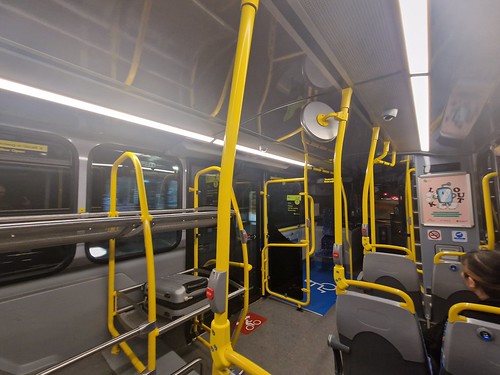 And the bus back to the airport which departs from O’Connell Street.

There’s more about the card at https://about.leapcard.ie/leap-visitor-card, with the one day card costing €8 as I mentioned, but there are also 3 day cards for €16 and 7 day cards for €32. It’s a shame that London’s public transport isn’t as cheap as that. It’s a handy card to have though to get around the city and it was easy to use and didn’t give me any problems at the public transport gate-lines.