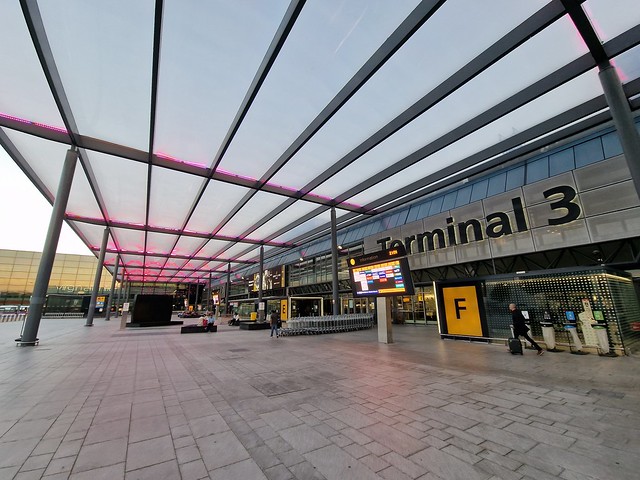 For complex reasons relating to flight cancellations, I was at Heathrow T3 overnight, although in my case I wasn’t planning to sleep, just sit with my laptop and sleep on the aircraft the next day on my early morning flight. Hotel prices are ridiculous in London at the moment and it would have cost the best part of £100 in the cheapest hotel near Heathrow, which hardly seemed worth it for a few hours. 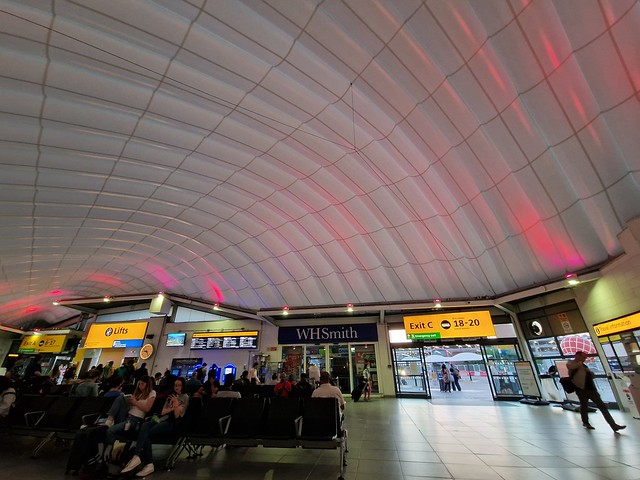 One of the quietest areas, at least overnight, is the central bus terminal. There were police around talking to a few people, but that seemed to relate to those they considered to be non-travellers, although they didn’t approach me so I wasn’t entirely sure what was being said. I think the rule here is that they’ll tolerate travellers waiting for a bus or plane, but not much else. The police floating about for most of the night made it all feel safer to me as well. 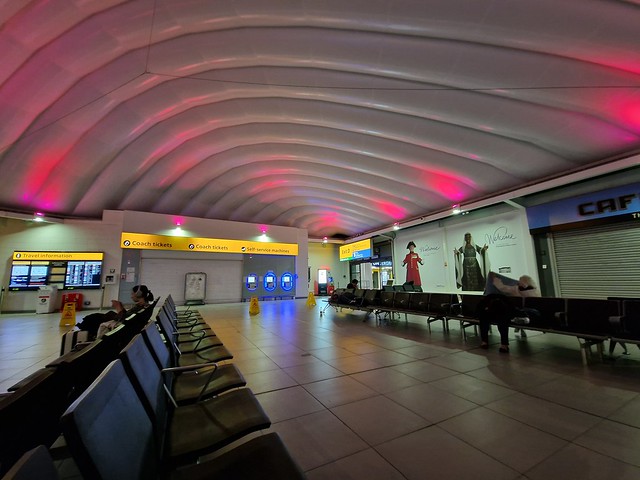 There were a few people sleeping on the seats, which I’m sure the bus terminal isn’t thrilled about, although it is possible. The seats at least have some padding and the lighting isn’t too harsh in this area, so it’s probably the best place to go. The main Heathrow T3 terminal doesn’t throw people out, but it’s got bright and harsh lighting alongside lots of noise from the cleaning and maintenance teams who have to use the overnight period to get things done.

There’s a Costa near security on the upper level which claims to be open 24 hours, although I’m not sure how many hours they’ll allow people to stay for. Probably for as long as it looks like it might be full. The Pret shuts relatively early, although that means their external seats are accessible overnight. 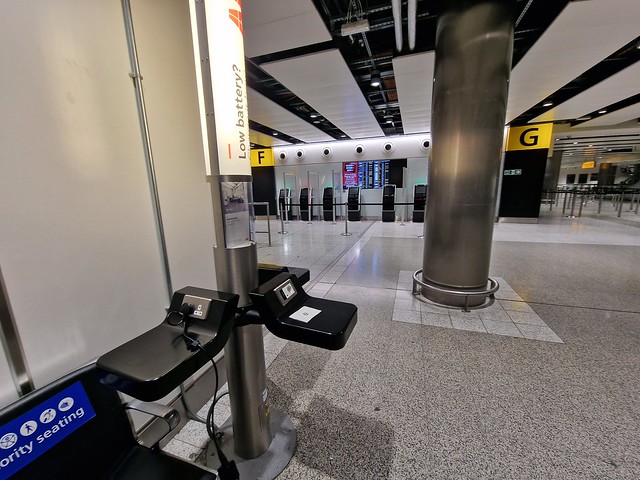 From my wanderings around T3, this is usually the quietest place if in need of power, on the ground floor near Zone G. There’s some seating around here as well, although it’s not overly comfortable as it’s firm metal chairs. Free Heathrow wi-fi is available throughout the entirety of T3, including the central bus terminal.