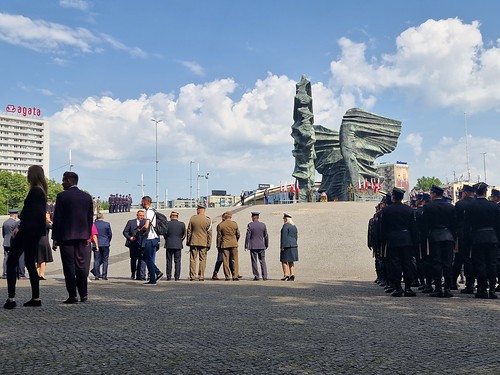 During my week in the city, I managed by chance to see some of the celebrations marking 100 years since Katowice became part of an independent Poland. No longer would it be Kattowitz under German control, it would be part of what is now known as the Second Polish Republic. The Government has also created a new public holiday for 20 June, marking the Silesian Uprisings and the country’s President, Andrzej Duda, came to Katowice a few weeks ago to sign that into law. My photo is hardly ideal since there’s just lots of backs, but I understand there were some important military figures amongst that group, as well as the country’s Culture Secretary. 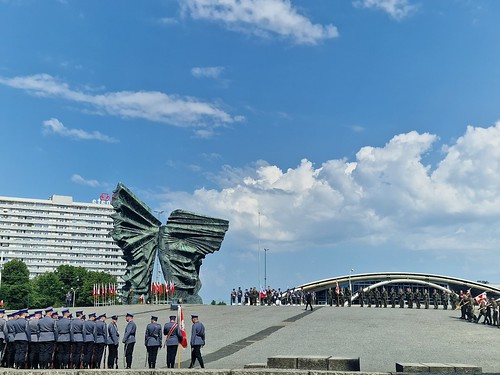 This was the formal parade on 20 June at the Silesian Insurgents’ Monument and I think this was more focused on marking the new public holiday. The pride in the city was evident and there was a large turnout of locals of all ages. 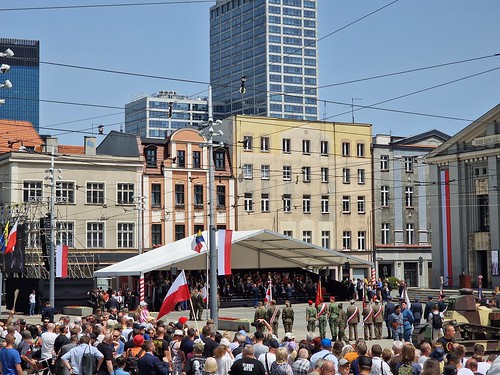 This photo was from the day before, and the focus on this was Katowice being 100 years as part of the independent Poland, or at least, that’s what I understand the arrangements were. I noted a brief history of all this in my Bytom post, but it was on 20 June 1922 that the Weimar Republic formally ceded the lands to Poland, with Polish troops moving in two days. 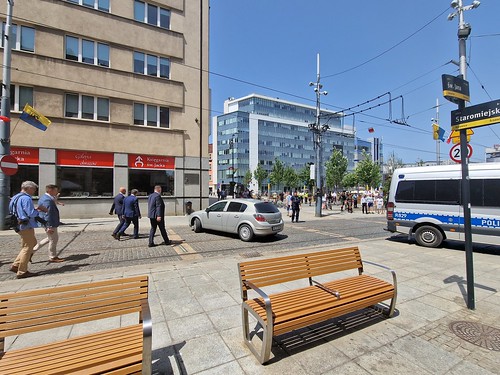 I don’t know who they are, but those suited men came in Government cars which swept in, which added to the excitement of the event. Indeed, I was so excited I went to get a beer to help the Polish celebrate. 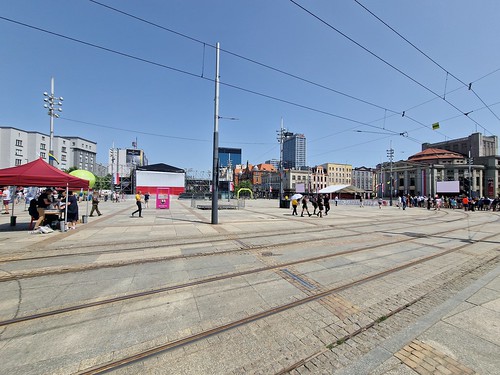 There were numerous musical performances taking place over the weekend, including also a gathering of Scouts. This made it challenging for the tram network (I mean that there’s a big performance space over the tracks, not the gathering of scouts), which crosses over this square. 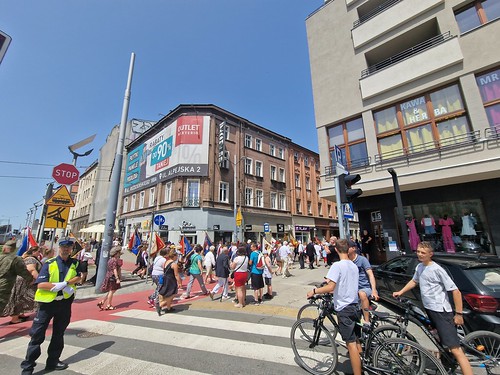 There was then a parade of what appears to be of numerous uniformed services which I caught the tail end of. 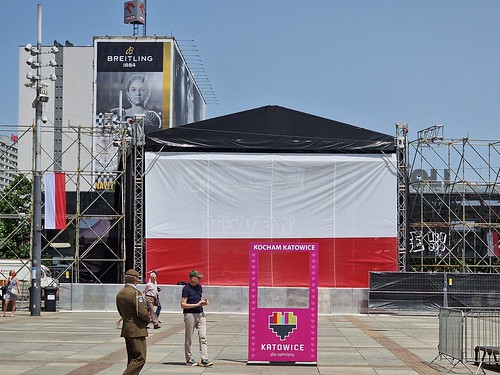 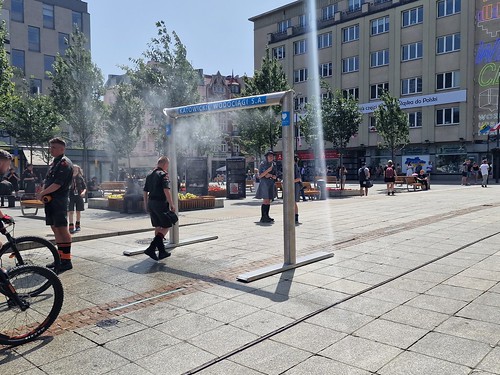 The temperatures in Katowice were what I consider extreme, so these useful water cooling systems were handy for pedestrians in the area. I made several detours over the weekend to walk through this. 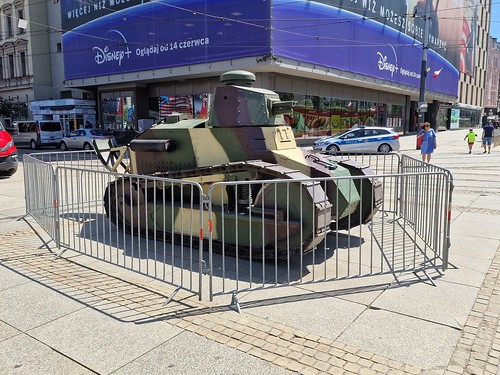 A little tank in the main square. 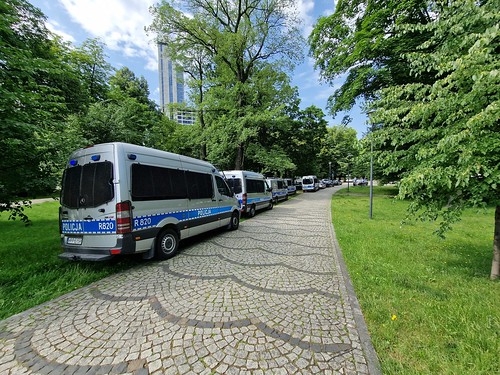 Residents wouldn’t have had any difficulty in finding a police officer during the weekend.

Anyway, I enjoyed visiting the city at this time. I like to think that those in Katowice 100 years ago would be proud of what it has become, still one of the most important cities in what is now the Third Polish Republic. I think it’s got a very positive future in front of it, and I wonder what it will look like in 2122, hopefully there will be plenty of craft beer bars then.