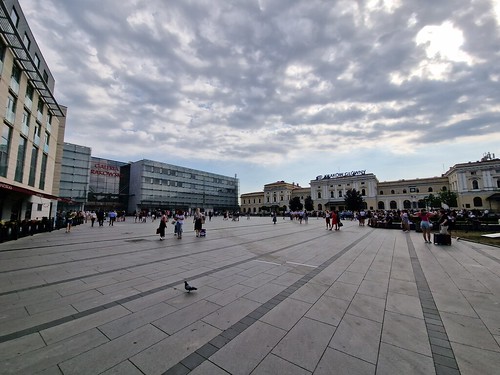 After a few days in Krakow eating pizza and complaining about the heat to anyone who would listen, whilst calming my overheated nerves with the large hotel breakfast every day, it was time to return to the UK. The old railway station is visible in the photo above, but they’ve built a new station building which is linked it to the Galeria Krakowska shopping mall. It was also surprisingly busy for a Tuesday morning at just before 09:00. 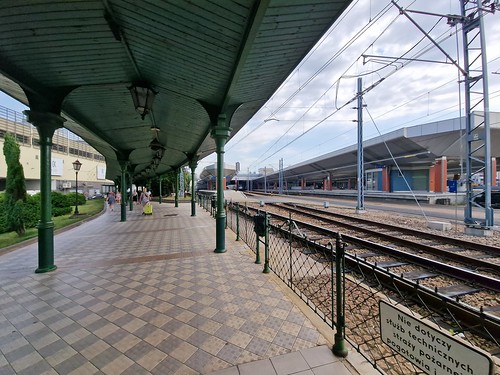 The new platforms are in this photo, the old railway station is behind me. Like nearly everywhere in Poland, it’s all very clean and organised. 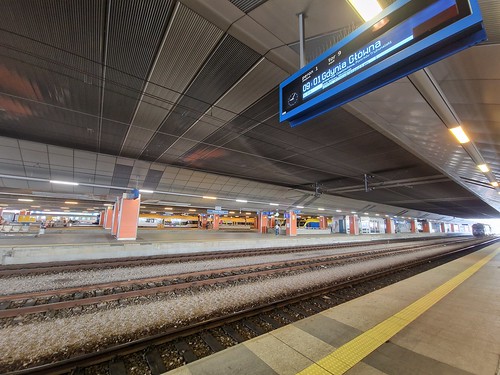 There were no ticket machines to be seen on the platform which seemed odd. I discovered on the way out that passengers could buy tickets on the train, but I wanted to get this sorted in advance and so I bought mine from the PKP web-site. It’s a ticket that doesn’t need validation and is for a specific train, which is the one that should be leaving from the platform I was standing by after the 09:01 to Gdynia got out of the way. Anyway, the train didn’t move and I heard part of an announcement which was only in Polish, stating that my train to the airport was switching to another platform. I was moderately annoyed as that meant I had to rush, but obviously I didn’t want to run in the Krakow heat. Or indeed run at all, it’s exhausting. 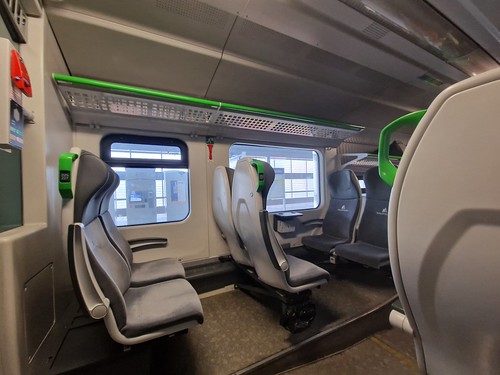 I caught the damn train with thirty seconds to go, but I noted some others didn’t and were still on the wrong platform. They didn’t even check the ticket (I mean the ticket inspectors on the train, not the people on the wrong platform). Anyway, I arrived into the airport as expected, but could have done without the rushing about the place. Clean train and on-time, so I can’t really complain. 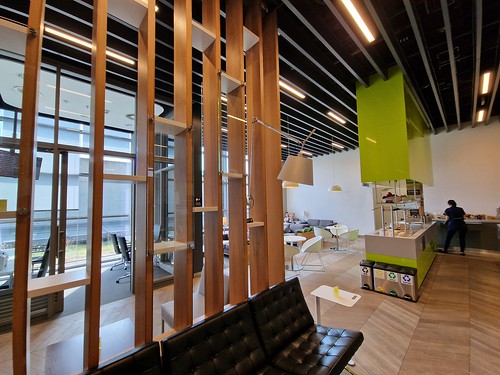 I was through airport security in under two minutes and so next was the non-Schengen airport lounge at Krakow Airport, which was small, although luckily I had given myself three hours to sit in it. It reached near capacity by the time that I was about to leave the lounge, and it does feel a little under-sized. Very friendly staff and there are toilets and showers within the lounge complex. 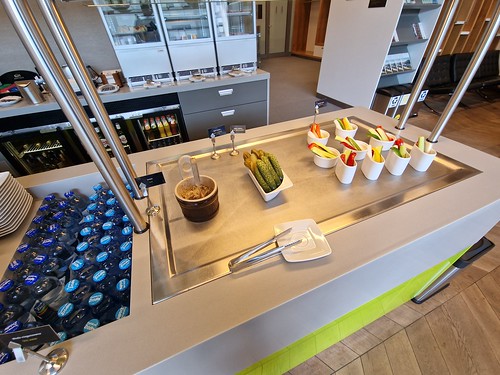 Lard and bits of pepper sliced up, it’s not exactly Greggs is it? 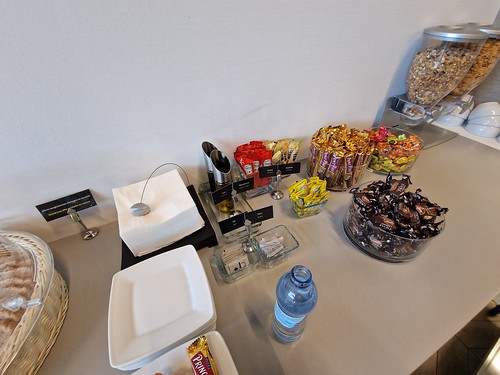 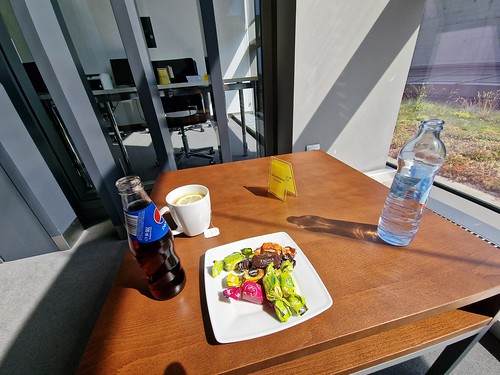 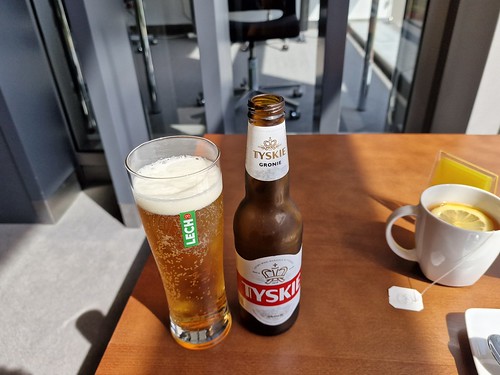 The amuse-bouche. They had a couple of different beers, nothing exceptional, but sufficient for me. 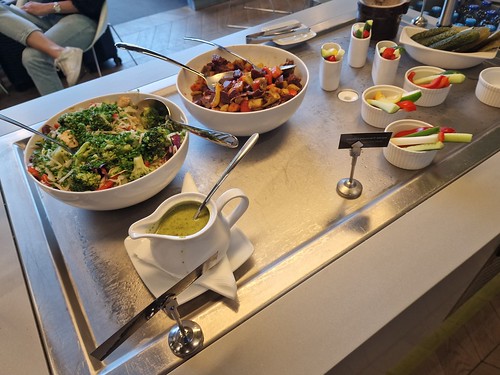 In fairness the chicken salad was very lovely, so that proved to be a useful main course. I never had the lard. 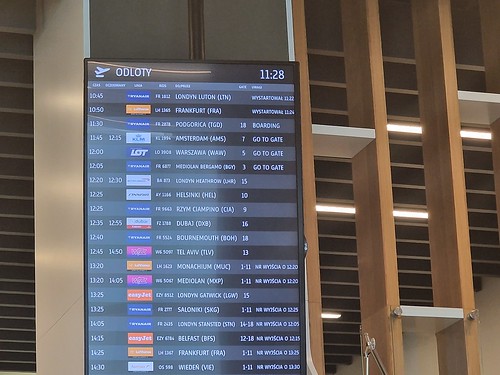 There was a ten minute delay, but nothing too bad, for the return flight to Heathrow. 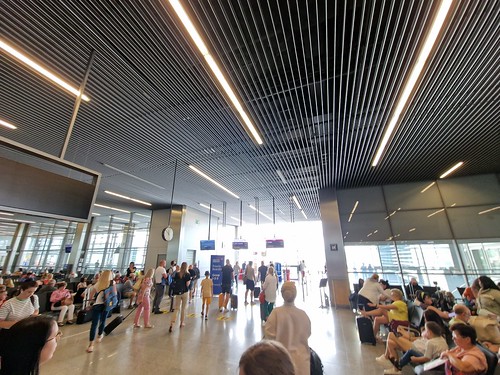 This was as clear as mud, with a Ryanair and British Airways flight departing at the same time, as well as separate queues for Groups 1-3 and Groups 4 and 5. I guessed the queue correctly when the Groups 1-3 were called, but numerous other customers didn’t, finding themselves in the wrong place. Anyone who tried to access the Groups 1-3 queue without having the correct number on their ticket was sent packing, albeit politely. 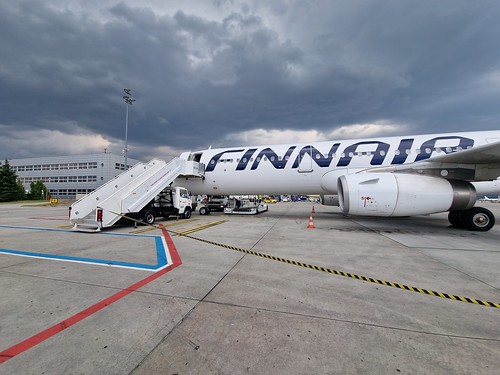 As with my outward journey, this was a British Airways flight that they’ve wet leased to be operated by Finn Air. It’s the Airbus A321 with registration code OH-LZN, which Finn Air have operated since the aircraft was new in 2017. 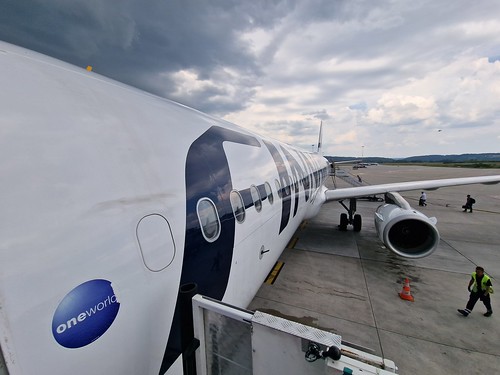 This annoyed me, it started to pour with rain just as I boarded. All week I waited for rain and the moment I get on board to come back what happens? 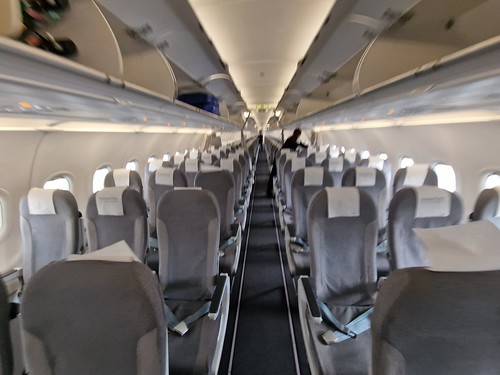 I’ve blurred this (again) by mistake as I was trying to rush, but I was the first to board. The person in the photo is flight crew and they were all exceptional during the journey, again Finn Air should be proud of their professionalism. Someone in my row seemed quite seedy in the way he was talking to the crew member, but she professionally batted him and his attempt to take her for an Indian meal away. 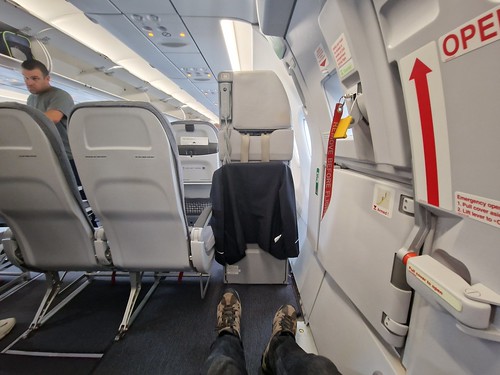 Got my seat with lots of leg room again. The flight was near full, but the boarding was efficient and well managed. At this point we sat there for around 45 minutes, as the rain that I craved all week was now flooding the airport and so they had to temporarily shut down operations. 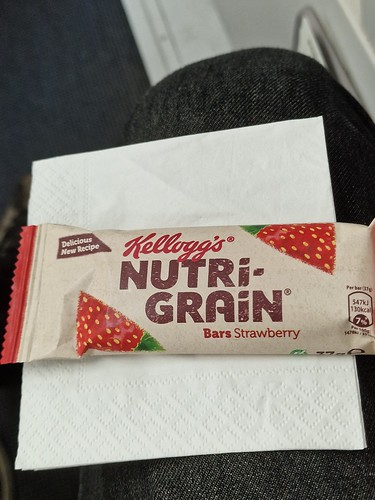 The chatty and friendly crew came around with the snack before take-off to ensure everyone remained happy. The water was served after we had taken off. 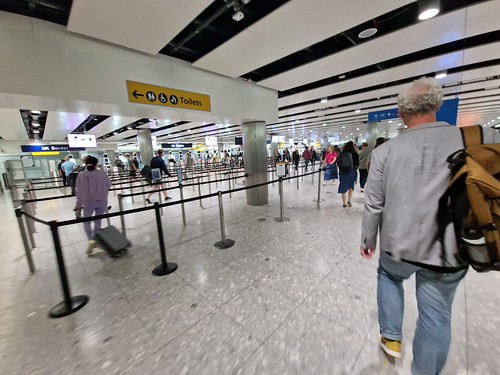 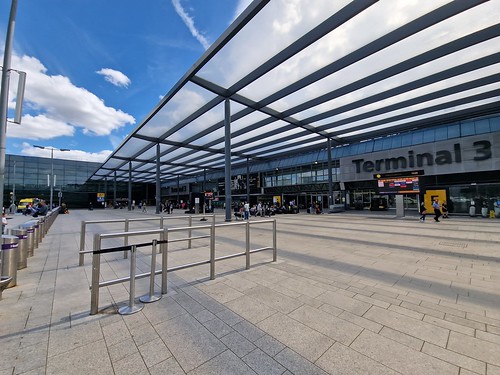 I’m starting to feel that I know Heathrow T3 far too well. 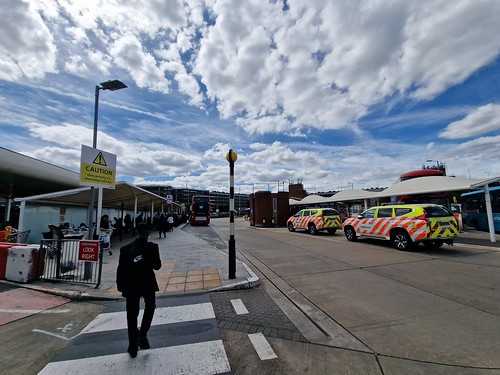 The Central Bus Station, ready for me to pay for a bus to get me to the Ibis Budget on Bath Road since Heathrow have removed the Free Travel Zone. Yes, I will complain about that in every post for some months, there’s nothing like repetition to cheer the soul. 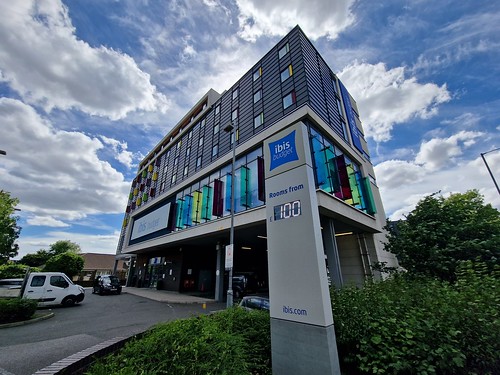 I had pre-paid for this room at a much cheaper rate, but this is a sign of the ridiculous prices in London. For an Ibis Budget which isn’t that well located to be charging £100 is far from ideal. 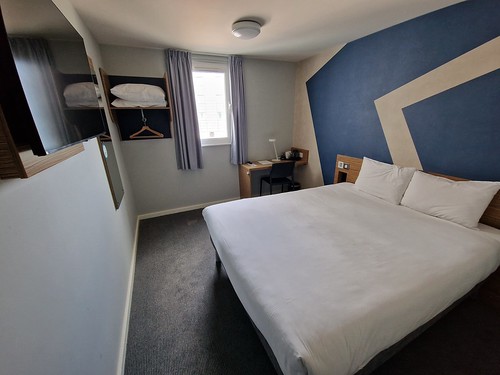 I stayed here a few weeks ago, it’s the former Travelodge they’ve converted into Ibis Budget. The windows here don’t open and I asked for a fan, which they said they’d bring to the room, but they didn’t bother. However, I decided the air conditioning worked sufficiently well for me to not traipse down again to ask where the fan was. The hotel though is still receiving deluges of negative reviews about the air conditioning not working, but it appears they should have it all fixed soon enough. 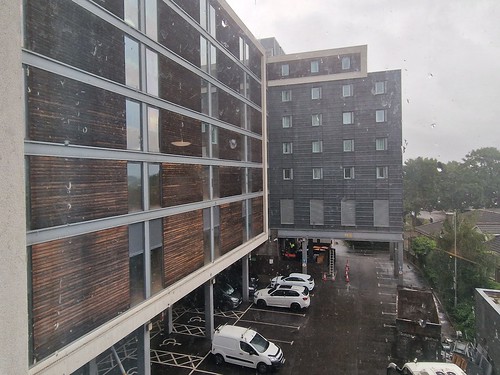 Not that I’m one for complaining, but just I got in the room it started to rain again. That weather is just ideal for me, cloudy and rainy, perfect for exploring a city.