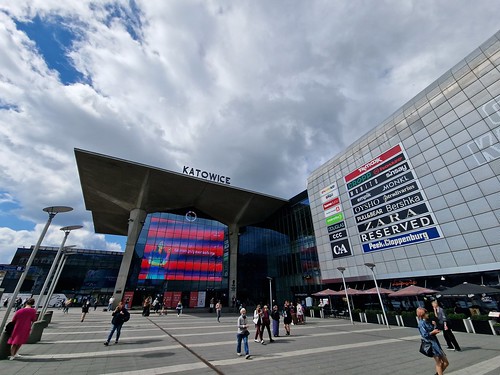 After a relaxing and productive week in Katowice, it was a late morning intercity train back to Warsaw, costing around £10. As a summary of Katowice, I’d merrily recommend it as a destination and the budget airlines service it well from many cities around Europe. A former manufacturing area, it’s modernising and has plenty now for tourists to do and plenty of craft beer options. Not that craft beer options are the be all and end all of choosing destinations, but it should obviously be a factor…. 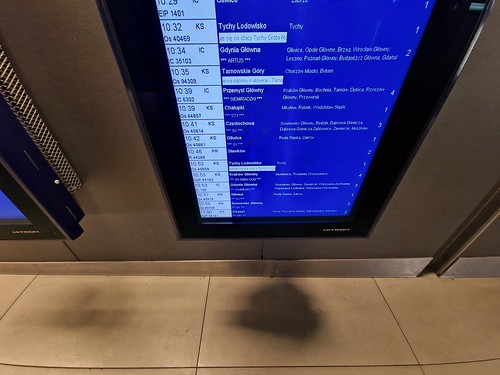 I’m always a little nervous when two trains are departing at the same time, but mine was the 10:53 to Gdynia. Not the 10:53 to Krakow. 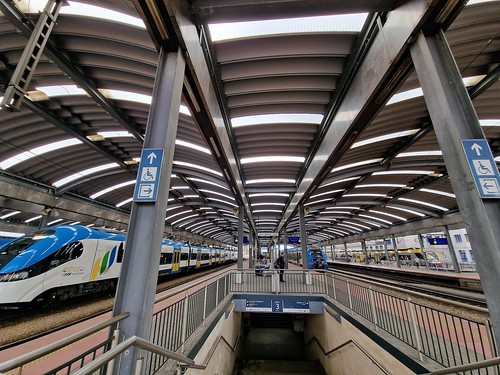 The platforms haven’t been much modernised in terms of facilities, as I made reference to in another post. But, everything was clean and organised and there were sufficient benches available. 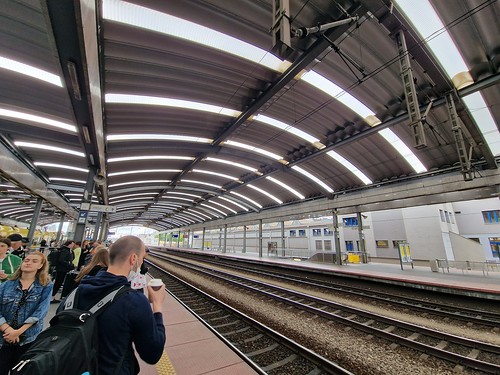 Then the excitement starts, the train is showing as being delayed in Austria, as it was coming from Vienna. Obviously, the Polish bit of the journey was all fine, but it turned in around twenty minutes late. It was also evidently going to be a busy train given the number of people waiting for the service. 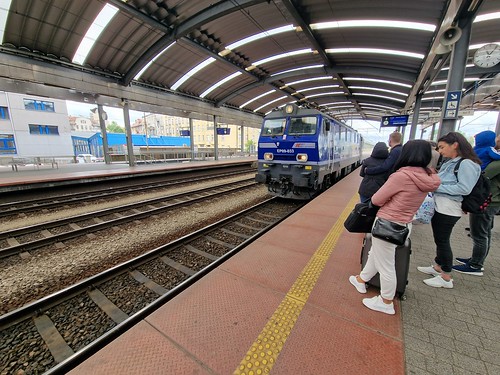 I can confirm it’s a relief to me when a train turns up when the app I was using it said that it would. I always leave lots of spare time in any travelling schedule, as I like to worry about things and always assume they’ll happen (my friend Liam would knock out all those frivolous gaps if he was arranging my travel, but he isn’t so I needn’t concern myself about that). Although I did think that this delay would be eating into my drinking time. 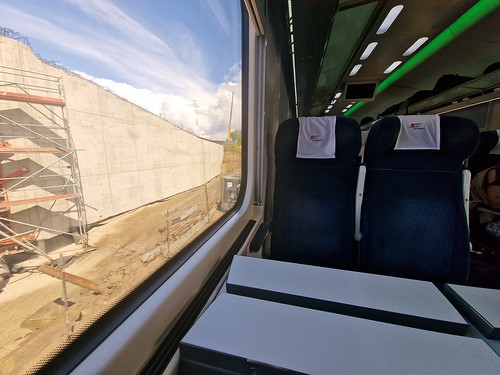 The train came in back to front, so I was standing at the wrong end of the platform. I muttered silently and traipsed to the other end of the platform and after getting to my carriage I was asked by a young Polish women to help her with getting her luggage on the train. The damn bag must have weighed about 30kgs, but I had to pretend that it was easy for me to manage lugging up the steps onto the train. The older Polish intercity trains aren’t very good for those with disabilities (although I think there are alternatives) and not are they easy to lift bloody heavy luggage up to. It was quite busy, and my reserved table seat had three of us, so this photo is after they left at the stop before me in Warsaw. The train made up the lost time, the guard was helpful and the power worked, all rather lovely. 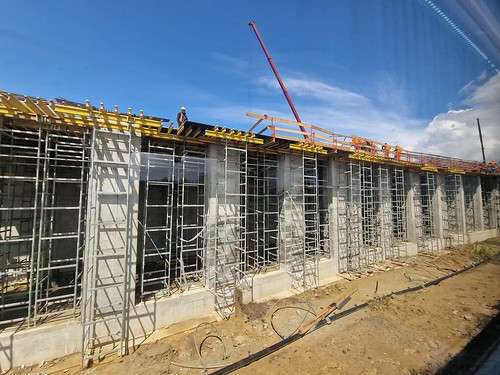 A photo of the railway civil engineering project that is taking place just outside of Warsaw, I have to keep my content exciting for my friend Liam. 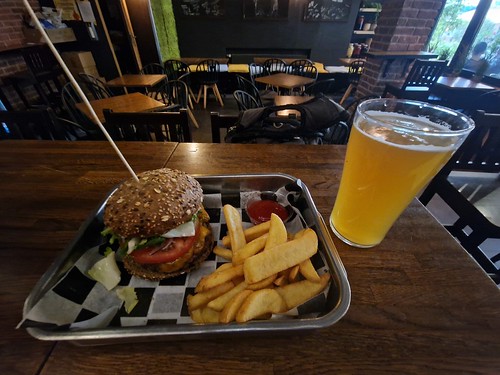 The whole of Warsaw to choose from, but of course, I had to go back to Hoppiness. This is the delectable Gelato : Orange Creamsicle from Funky Fluid, an ice cream sour packed with oranges from Portugal. I suspect this must have counted for three of my five a day, with the burger being as delicious as ever and there’s a tomato and lettuce in it, so that’s the other two of my five a day. I was careful not to impale any part of myself on the stick coming out of the burger. 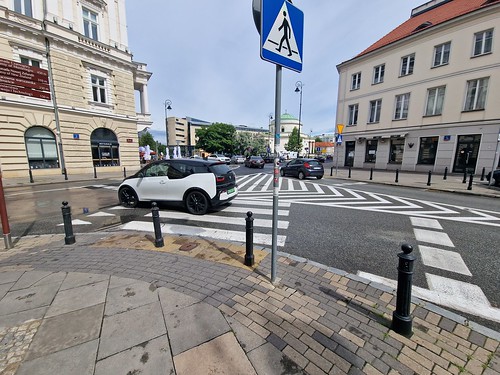 I might have taken a photo of this before (I forget….) but it’s a pedestrian crossing which comes from all angles. Cars are very good at stopping for pedestrians at this junction, and indeed across Poland, but it’s an odd arrangement. The white hatching in the centre is part of the pedestrian crossing and it cuts across to all three pavements. 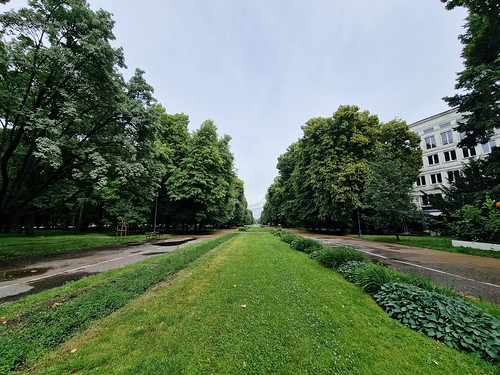 I always like looking at the Pomnik Chwała Saperom, or Glory to Sappers Memorial. It’s visible at the far end of this park, Park Sapera, which is currently being renovated and improved. Everything in Warsaw seems to have been either recently improved or redeveloped, part of why I very much like this city. Things seem to work and are constantly getting better in the city, which isn’t the case in other places that I’ve visited. 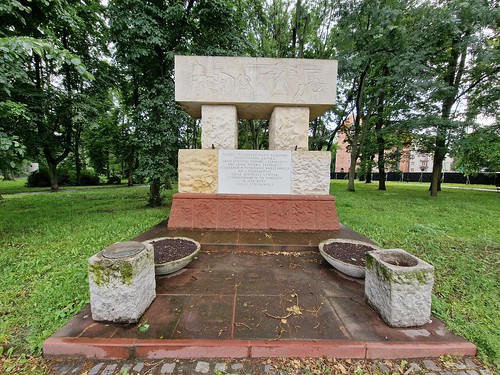 A monument in the park which I haven’t noticed before (I mean I haven’t noticed the monument, not the entire park), although there are literally thousands of memorials, tablets and plaques to the bravery of Poles in the Second World War, so I imagine I’ll still be noticing new ones for many years to come. This one is dedicated to the “Kryska” Home Army Grouping, although that included men from other European countries, who died during the Warsaw Uprising. 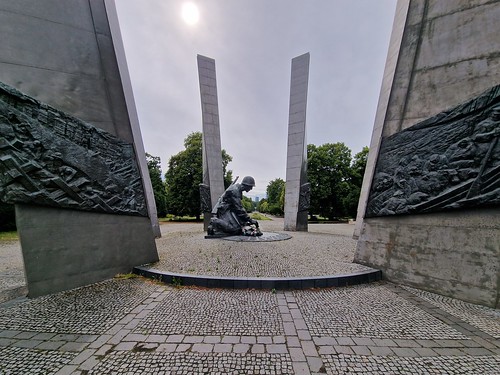 The Glory to Sappers Memorial I’ve written about before. 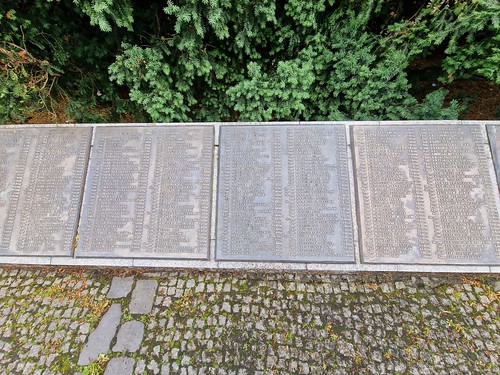 But this is the first time I’ve noticed there’s a list of names to the side of the memorial. Another list of the brave men who died in World War Two, so much of a generation wiped out by the hatred of a few national leaders who caused the conflict. These lists will be in Ukrainian cities in a few years, marking the bravery of those who lost their lives fighting for their nation and the right to be free. 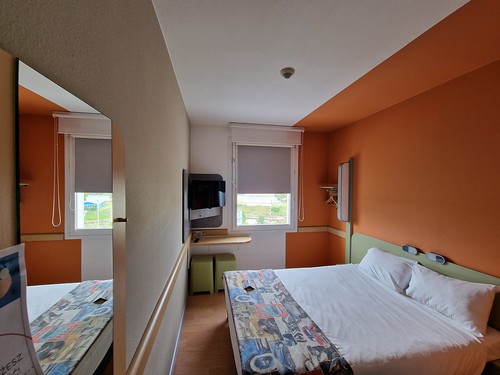 And back again to the Ibis Budget in Warsaw for my final night in the city, probably for some months. I’ve written about this hotel before, so won’t bore my limited readership with further irrelevant prose… 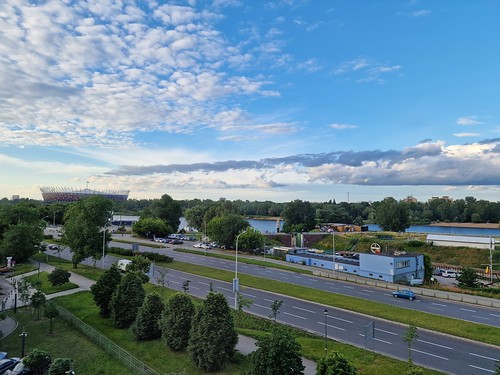 I love the view over the Vistula and there’s the national stadium visible on the other side of the river. Very peaceful.