I say recovering in this blog post’s title, but I didn’t enter this year’s event, I just needed some sleep after only getting one hour over the previous 48 hours from my marshalling the event. Others who completed the event were much braver!

Richard drove us to his decadent Mercure hotel with a four poster bed as they had responded to his e-mail and confirmed he could have an early check-in. The rather less decadent Ibis Styles at Barnsley was rather less pro-active in offering such assistance to me, so I was pre-annoyed at the hotel before arrival. After I drank Richard’s coffee and privately laughed at how he nearly entered the room of a honeymoon couple (I’m not sure anyone in that arrangement would have been surprised or delighted), he kindly drove me to my hotel.

The Ibis Styles desk was unmanned when we got there, so Richard coughed a bit and someone came out concerned that someone needed medical assistance. The staff member was friendly and helpful, meaning I was able to get my early check-in, so Richard drove back to his palatial accommodation and I was given a room which had another broken lock. But, it was a clean and comfortable room, so I was pleased. 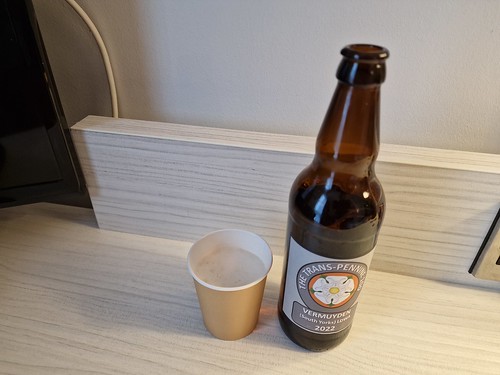 After a few hours of sleep, I woke and decided to privately toast the entrants to the 100 event with one of the official bottles of beer that Aaron kindly let me have. They were all magnificent (the entrants, not specifically the beer, although that was lovely), whether they finished or not, as it’s all about the taking part and giving it a go. If you finish and want to do more, then great, and if you drop out half-way and swear you’ll never do another one of the bloody things, it doesn’t matter, you were all part of the event. 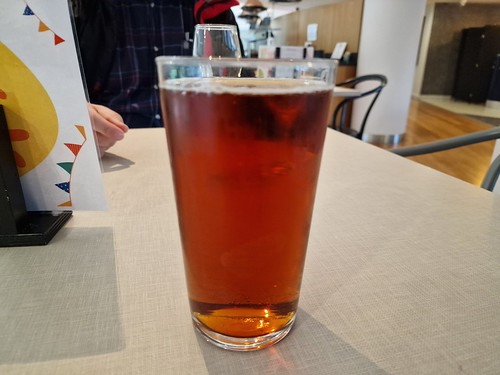 Richard had been fanned by nubile young men and women in his four poster bed in his decadent accommodation, all part of the hotel’s five star service. So he was back fully alert, I was slightly more dopey and grumpy, but that’s a standard state of affairs if I’m being honest. I did have an Old Speckled Hen as my free welcome drink and that helped a bit even though the hotel seems to like super chilling them.

We decided against walking into Barnsley as I couldn’t be bothered and Richard had walked four miles on the Friday, so wasn’t mentally prepared for another long hike. Instead, Richard kindly offered to drive us in. As the parking was free, I offered to pay for it which I thought was kind of me. We started off in the JD Wetherspoon operated Silkstone Inn as Richard was craving alcohol and whilst we were there I got myself a quick half pint of Hope & Glory from Rooster’s Brewing Co, which was well kept and very drinkable. Richard ordered half the pub’s menu again, whilst I limited myself to my half pint. 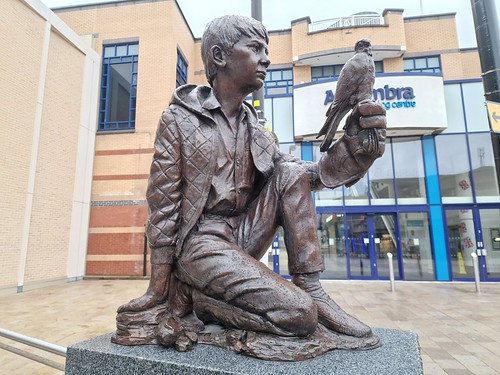 The Kes statue in Barnsley and I was perplexed at the time as to how I missed this when I visited the town last summer. On reading up on the situation, it now makes sense, as the statue was only put here in late 2021, with the unveiling attended by the film’s director Ken Loach and the main actor playing Bill Caspar, Dai Bradley. The statue cost a cool £100,000, paid for by public subscription, and was designed by Graham Ibbeson. 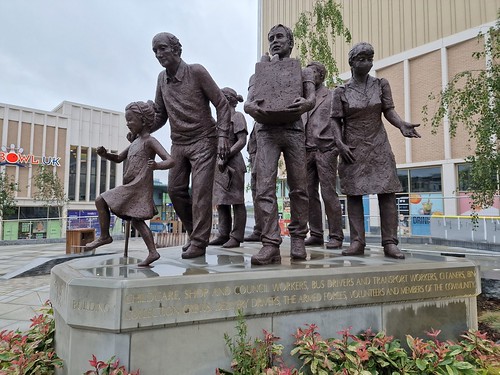 I thought this was rather lovely, the Covid memorial sculpture named Reverence, also designed by Graham Ibbeson. It’s intended to mark how many ordinary people were involved in the fight against Covid and the words on the plinth read “Barnsley’s fierce love will hold you forever in its heart”. This sculpture cost £210,000, although Ibbeson worked for free. These sculptures don’t come cheap do they? 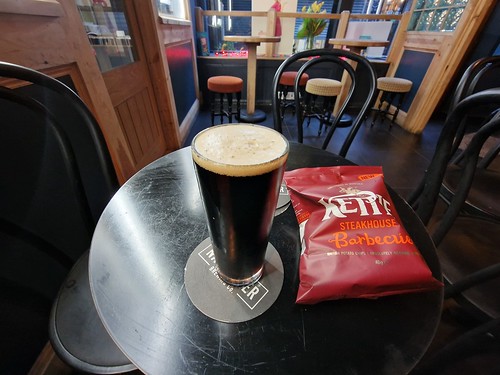 Then another new venue for me, Spiral City on the Arcade, which had the very lovely Bad Kitty from Brass Castle Brewery, which complemented my Steakhouse BBQ crisps very well indeed. I managed to stop Richard getting drunk as he was driving, another selfless act that will go unnoticed as I don’t like to make a fuss. It’s a decent venue, with friendly staff and although I knew they were closing within 45 minutes of our arrival, we still felt welcome. There’s a mix of cask and keg, with the atmosphere feeling modern and on-trend, it was a very agreeable venue. 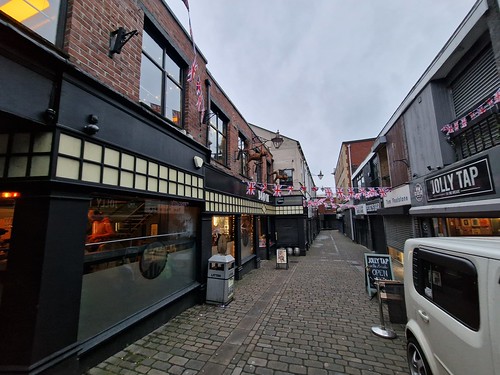 There’s the exterior, with Spiral City on the left and the Jolly Tap Brewery on the right.

And that’s the end of the story really for this weekend, as Richard went off to get drunk in his room in his decadent hotel after he kindly dropped me back off at the Ibis Styles. I think he got a turndown service and he had sobered up by the next morning before his big drive back to Norwich. It was a memorable weekend which I really enjoyed, with one final thanks to the volunteers who organised the LDWA 100 and to the entrants who had a go at it. I hadn’t expected to come back to Barnsley so close to my first visit to the town last year, but I was pleased to go to a couple of pubs there for the first time.