Just as a separate post as not to upset the flow of my beautiful prose (ahem) on the LDWA 100 posts. I’ll keep this post short to avoid any one of my flights of fancy. 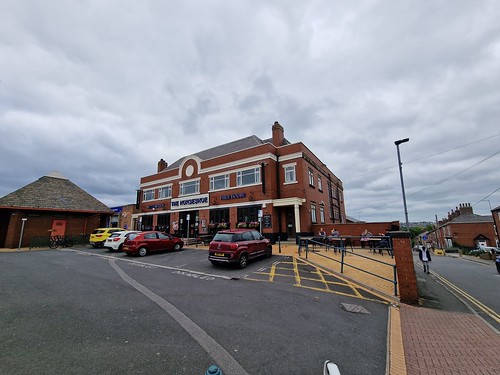 This is the Horseshoe pub in Wombwell, which was built in the 1930s and more recently taken over by Wetherspoons. There was also a pub on this site before then, dating to around the early nineteenth century. 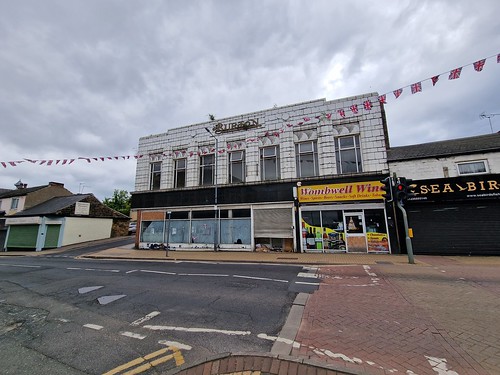 As an aside, Wombwell is a small town located not far from Barnsley, with coal mines once providing its wealth. Unfortunately, the good times seem to have faded somewhat and the town is need of some funds to restore some of their grander buildings. The local press are saying that this building may now be redeveloped, after ten years of mostly standing empty. 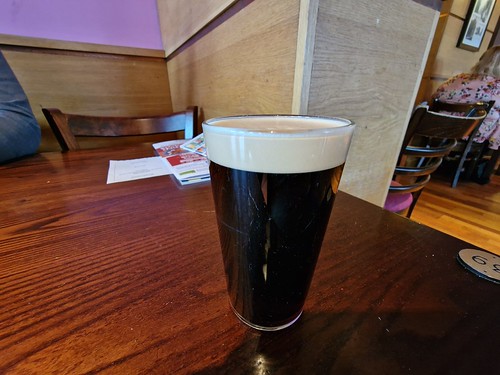 Arguably slightly underpoured, but this is the Gorlovka Imperial Stout from the nearby Acorn Brewery, very keenly priced at £1.20, especially given it’s 6% ABV. Well-kept and suitably delicious, no complaints from me about that.

It was busy on a Saturday afternoon and had something of a community feel, but the pub’s location means it’s unlikely to get too many visitors from outside of the area as I’m not sure that Wombwell is known for its tourist industry. It’s relatively well reviewed on-line for a JD Wetherspoon pub, with everything seemingly well managed. I did quite like the recent review of:

“Youth club. Full of bratty teenagers strutting around, thinking they own the place. Staff couldn’t care less. They congregate in the toilets. Going to the bar and sitting with free coffee refills for hours and on end. Obviously been dragged up. Zero manners. Why in earth the staff don’t throw them out is totally beyond me. If I was the manager they wouldn’t step one foot over the threshold. Spoilt the enjoyment of the evening (from a hard full time working adult).”

I’ve heard complaints of younger adults getting drunk in pubs and causing a nuisance, but not so frequently of youngsters binge drinking coffee and being annoying. I was quite disappointed to miss out on this extravaganza though as it wasn’t taking place when I was visited. It’s quite a large pub with one of the more modern interiors, it feels like they have the best maintained building in the area in terms of the exterior. It can’t have impressed enough local CAMRA members though, as it doesn’t feature in the Good Beer Guide.