This post carries on merrily from my post about the opening day of the Trans-Pennine 100, where 400 or so walkers took part in walking 100 miles. 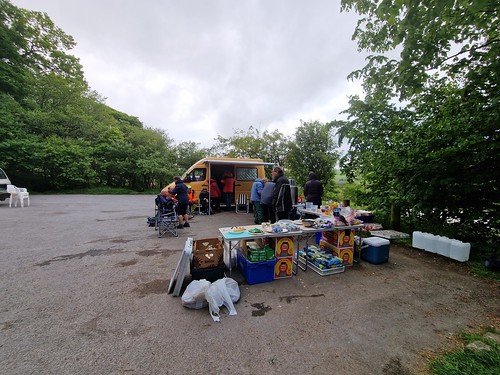 With the Norfolk & Suffolk checkpoint closed, Richard and I made our way to the Heart of Scotland checkpoint at Mam Nick car park, which was 52 miles into the route. This outdoor checkpoint, which was CP8, was staffed with more enthusiastic volunteers, even though they’d been up throughout the night offering food, drink and support to the entrants. There was hearty soup available, as well as numerous types of delicious snacks.

And let me note a little about this whole thing. It’s great that there’s food and drink on this event, and of course essential. But what very many walkers need is a welcoming smile, a reassurance that everything is OK and that this bloody nightmare will be over soon enough. It’s great to get help from people who have completed a 100 and know exactly what is involved, which is mostly mental strength to keep on going. As the guru David Morgan always says, it’s 90% mental and 10% physical. Or, as Chelle always says, it’s just 25 short walks joined together, which I never found that motivational if I’m being honest as I can be tired out after one short walk. Anyway, I digress. 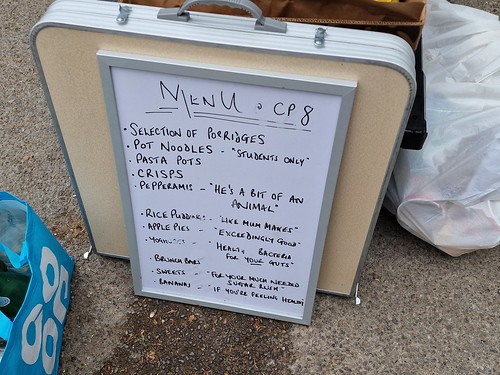 The menu had been carefully written out with some style. 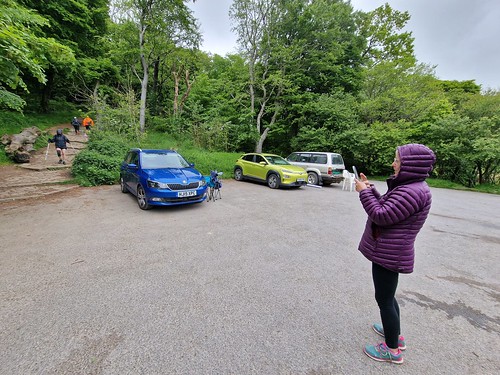 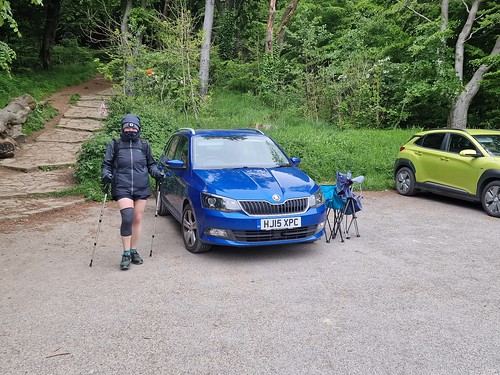 I think that’s Naomi, still being heroic and very brave battling on. 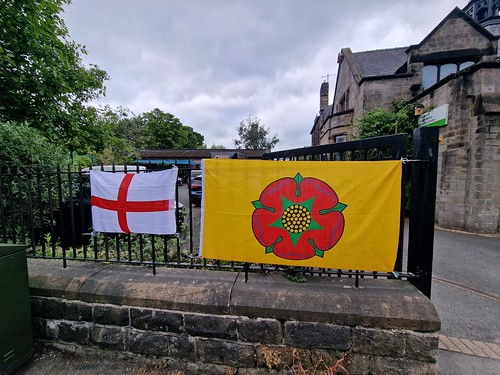 We then jumped (well, drove) to CP10, which is the breakfast stop. East Lancs were the group responsible for this big challenge, which was serving 400 people a cooked breakfast. Despite the space being a little limited, the team sprung into action offering table service with a smile, whilst the walkers tended their feet and thought about the situation that they were in. 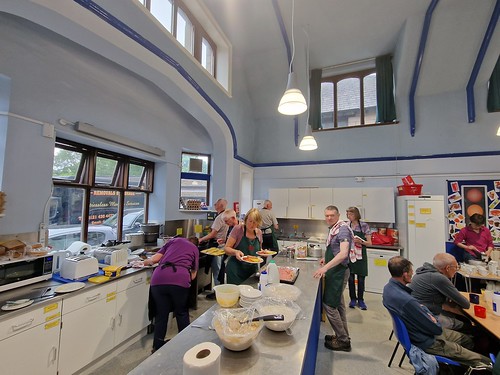 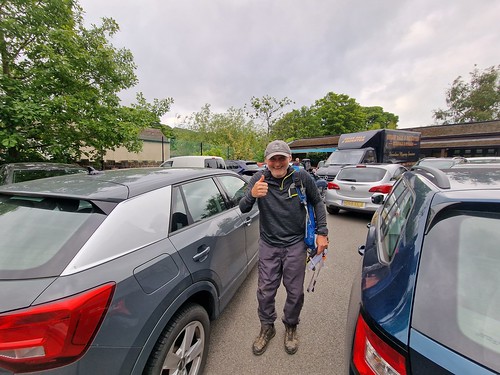 And here’s Simon! We later discovered that Jane retired at this checkpoint, as did Naomi, but their efforts were still considerable. It’s all about giving it a go, that’s the main thing. I have a grumpy friend who got to 60 miles and didn’t realise how impressed people were, but that’s a different story. 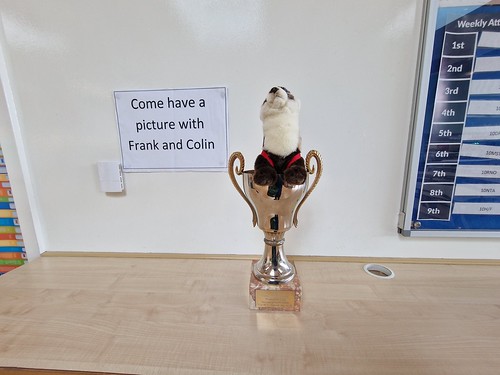 For the avid readers of this blog (all two of them), they might remember this from the LDWA AGM, it’s the Colin Wormwald trophy. This goes to every 100 event and every entrant can have their photo taken with it, that’s a right that has been passed on down the generations! Instead of giving this trophy to the fastest entrant, it’s awarded to every single entrant, because this event isn’t a race, it’s a personal challenge and we don’t treat the fastest any differently to the slowest. Aaron decided to dress this year’s event up with a ferret, or whatever it is, I’m not sure what Michael will do next year for the Elephant, Bear and Bull event, but he’s got three animal options with that name.

I had a quick walk to a Wetherspoons in Wombwell, the Horseshoe, before Richard and I went back out to have a meander around some checkpoints. I’ll post separately about the Wetherspoons, so as not to spoil my flow of thought about walking. 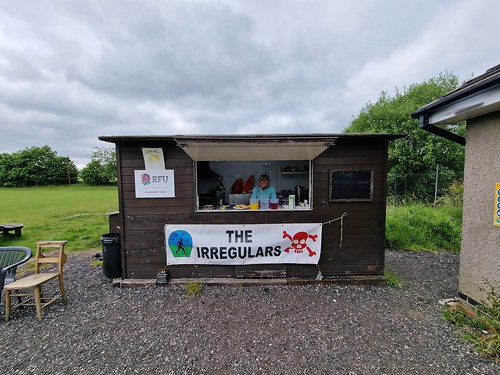 The Irregulars checkpoint at CP14 which was at Wortley Rugby Club. They had some excitement of finding that their HQ had been used for storage which required some quick thinking, but like another checkpoint whose marquee blew down, they were resourceful and the walkers would never have known. 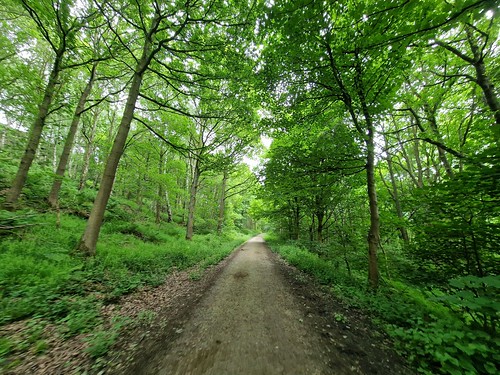 Just in case Simon needed any assistance, we decided to walk towards him. I think he appreciated my top tips on how to complete the event. 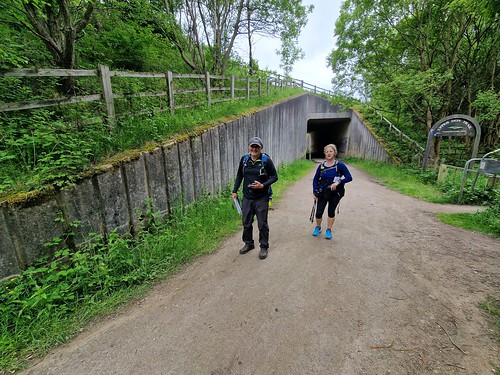 And here are Simon and Claire, positively gliding in again. They made this look a little bit too easy if you ask me. 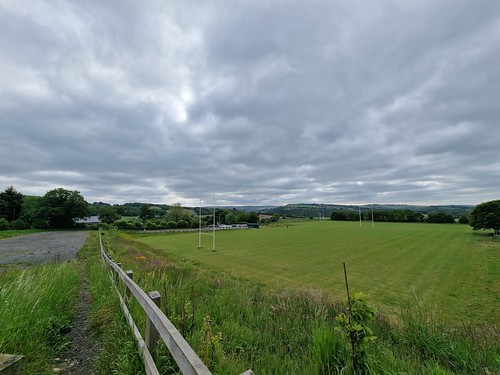 The rugby club, where some entrants took a slightly more direct route than others. 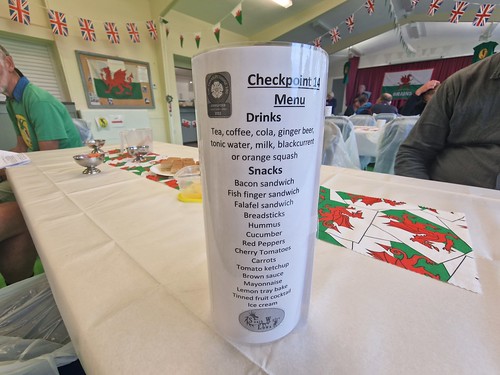 And then a highlight, the South Wales checkpoint at Tankersley Welfare Hall, which was 85 miles into the event. Not a bad looking menu if you ask me. 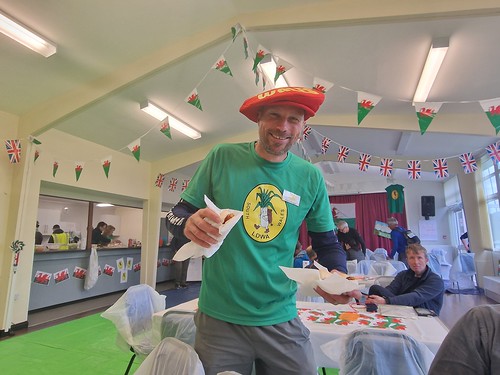 And Dave was offering his usual formidable welcome in his Wales hat. I pretended not to notice it, I try not to encourage frivolity and fancy dress. The Norfolk & Suffolk checkpoint was jubilee themed, but I ignored that as well. 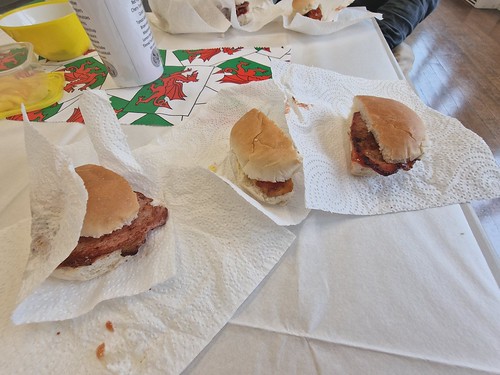 Fish finger and bacon rolls, what a time to be alive! These were delicious and I’ve spoken to Michael, several times, about these being available at next year’s event. 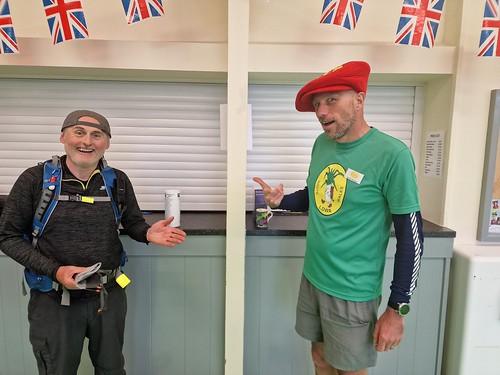 Simon and Dave, both who annoy me by walking around 100s pretending they find them difficult. Dave and his “oh, I don’t know if I can do it this year, I’ve hardly trained, just only done six marathons a week” nonsense, and Simon who vaguely pretends it’s a challenge to him. They are professionals at this, but as I mentioned, their fast speed and looking fine at the end is no more an achievement than the entrants who collapse over the line. 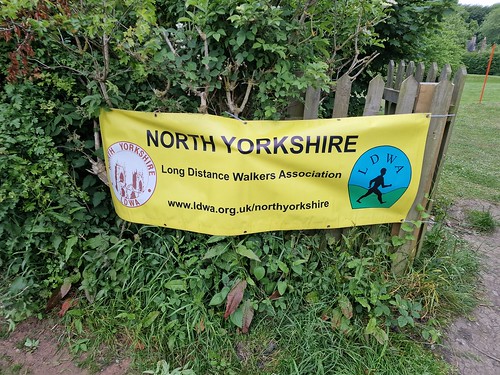 Onto the North Yorkshire checkpoint at Wentworth Village Cricket Pavilion and entrants were now being able to see the end in sight, this was the 90 miles mark. No photos of the inside of the checkpoint here as it was quite busy and we once again, incredibly selflessly, again went to walk to see Simon and Claire. To be honest, I was checking Simon wasn’t in a taxi, as marshals have to be alert to these things. 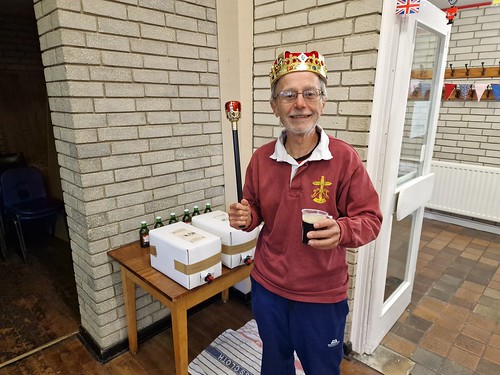 And the final checkpoint before the end, David Findel-Hawkins and Merrian Lancaster offering an incredible welcome. I note that as they gave me beer, which Dave didn’t offer me. It was a close run thing between the two checkpoints, but Merrian was very pleased I said theirs was the best 🙂 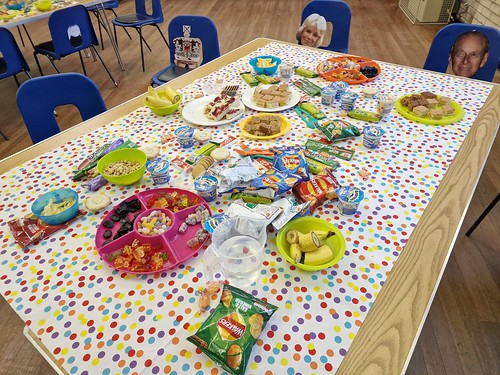 It’s like a party! Entrants didn’t tend to linger too long at this checkpoint, not because they weren’t surprised and delighted at it, but because it was only four miles to the end. 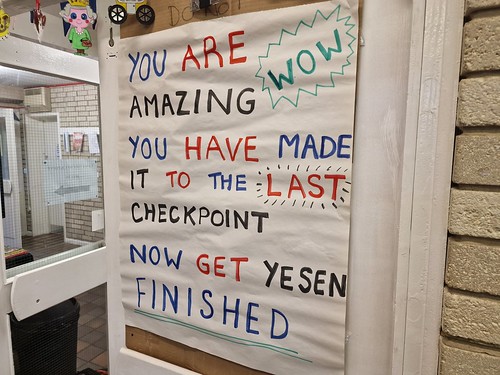 So with a smile and a wave, entrants left the checkpoint to just finish this damn thing off. 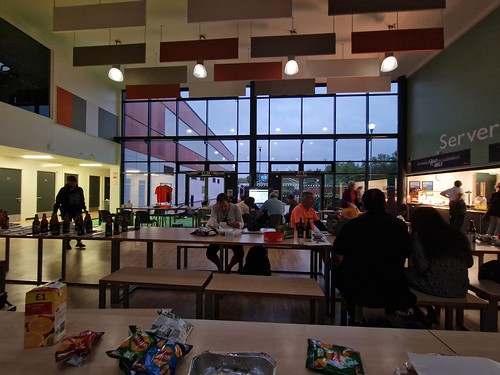 With that, Richard and I went back to the HQ to wait for the entrants. I’ll save this part of the story for the next post, but it was very exciting watching all of the very brave entrants coming in. Once again, so many thanks to the marshals who made this event possible, it was rare to see anyone looking tired, despite the hours of volunteering they’d put in to help the entrants. There was a friendly welcome at every checkpoint, such a wonderful community of walkers.