Having arrived into London Liverpool railway station, I had no shortage of food and drink options in the Spitalfields and Shoreditch area of the city. I’ve been converted to Brewdog now, after initially taking a slight dislike to them for their corporate practices (which seem to have  now been moderated somewhat), so I thought that the ten-minute walk to their Shoreditch location was worth it. Not particularly busy at 16:00 in the afternoon, although it did get busier later on. Lots of different seating styles, including bar stools, tables and booths. All clean as well, with the surfaces not being sticky, which is an irritating feature of some large pubs. The Brewdog beer fridge, with choices to take away, or for a premium, drink at the pub. The beer choice, but my preferred option of Zombie Cake had run out and the only other dark option was an imperial stout and I didn’t want that strong a beer. The meat feast pizza, which was a slight challenge to eat as the ingredients slid off the base with some ease. But, food should sometimes be messy, so it’s all about the taste. Actually, it’s about the temperature as well, which was very hot and I was a bit too eager to get started so nearly burnt the top of my mouth.

As a pizza, we’ve established it was served at a hot temperature, but the ingredients were decent, the base was light and the sauce rich and flavoursome. The manufacturers of Dalston chillies say that “there is no junk” in their products and I have to say, I liked it. Quite a powerful little kick without being stupidly hot, so this complemented the pizza well. Although I might have got a bit exuberant with the amount of the sauce I put on one piece of the pizza, which required another emergency drink of beer.

It’s painfully clear from the customers that this is a very on-trend brand and it’s perfectly suited to Shoreditch. There’s a contemporary and modern feel to the whole proceedings, which is also coupled with excellent customer service.

If I could find fault, it’s one of those locations where some of the staff seem to be doing the majority of the work, whilst some of the others were perhaps preening themselves just a little too much. But, all told, the surroundings are comfortable and everything was as I’d like it to be. Other than they needed more darker beer selections. 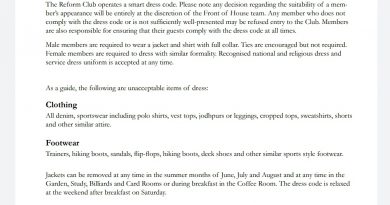