I like Nicholson’s pubs, they have some intriguing historic buildings around the country and plenty of choices in London. I’m less impressed at their food, it’s often just average, but the beer is fine and I’ve signed up to their app. Which is why I visited if I’m being honest, I was given a free pint by Nicholson’s for my birthday and so I decided to use it here. Nicholson’s Pale Ale brewed by St. Austell brewery, it’s not what I usually order, but it was entirely acceptable and at the appropriate temperature. The service at the bar was way above average, engaging, polite and friendly. I couldn’t recognise the accent of the barman, perhaps Russian and perhaps Polish, but either way, he was welcoming and had sussed this customer service thing out.

Bit of history from CAMRA:

“First licensed in 1714 and called the Bear and Ragged Staff until 1835, this is a late Victorian (re-built in 1878) corner pub that was one of the smallest in the area until extended into an adjacent shop in 1997, giving it two distinct areas”

The shop bit is at the rear of this photo and that extension must have been really appreciated by locals as there was otherwise very little seating available downstairs. Firstly, I don’t usually go around taking photos in toilets, that sort of thing is quite rightly frowned upon. But, I couldn’t help noting that this is a design flaw for anyone who comes out of one of the cubicles. A slightly generous push of the door will lead to an oblivious customer being shunted into the urinal, which I’d say isn’t an ideal situation for anyone involved in the proceedings.

“We were not informed that our visit would have to be short when we asked if we could have a table in the beginning. The server kept making remarks that this is central London, and a lot of people would be waiting to go in for their dinner, but as far as I’m concerned, I’m as much of a customer as those people were”

The pub has replied saying that table reservations are for one hour and this should have been explained. One hour? That is perhaps one of the tightest dining times that I’ve come across in a pub.

And the review of overcooked beef amused me:

“I went to the bar to ask for a replacment, i was told by a dour eastern european lady she would have the meat warmed. I assumed this was a joke as it was already overcooked.”

Anyway, I liked this pub and apparently so did Charlie Chaplin, as he was a customer when performing in the nearby theatres. And, since my pint was free, I have nothing bad to say. Well, I do actually, the toilets really weren’t clean at all, to the point that they would have put me off ordering food. But the beer was fine, the service was engaging and the pub was historic, so all rather lovely. Other than the toilets. 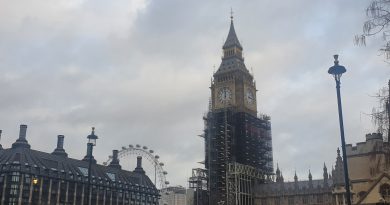