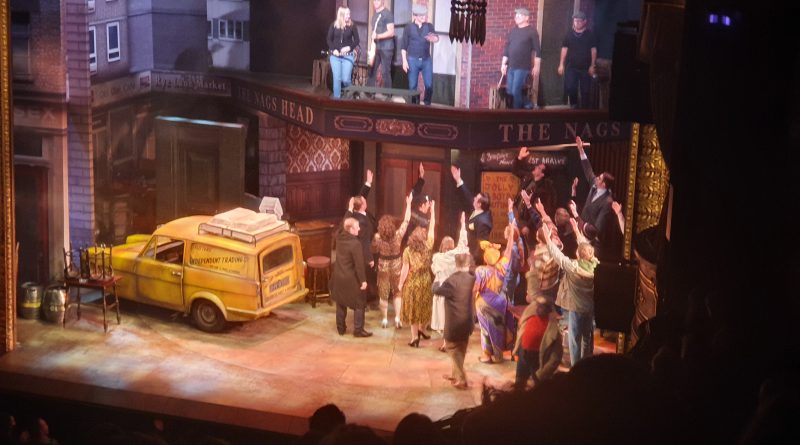 I’m not normally a theatre goer, but my friend Nathan, who likes his culture and opera, mentioned a company called TodayTix who offer discounted theatre tickets. I noticed a ticket for the Friday night performance of ‘Only Fools and Horses – the Musical’ was available for £10 plus a £3 booking fee, but I also had a £5 discount voucher for having just signed up, so that meant I got a ticket for £8. It’s fair to say they’re normally more expensive than that, but this price suited me best. I arrived at 18:45, the earliest they allowed entry, as it said they were doing checks of Covid passes and the like. It transpired they didn’t do any of that, which is odd given their commitment to the process on their web-site. I didn’t mind them not doing the checks, but they might as well remove the instructions that say they’re a requirement if they’re not. The theatre holds 888 people, some down below in the more expensive seats, but there are also some above as well. When I purchased the ticket there were some seats available which had a restricted view, but mine was unrestricted, albeit quite a way away. I liked my seat of H1 (and I never knew that there was a site such as https://seatplan.com/ where seats are reviewed, a bit like the ones for aircraft), which was at the rear of this section with a lot of legroom as it was on the curve, which also meant space for my backpack which I decided to take out for the evening (I didn’t deliberately bring it out for a treat, I still had it from never going back to the hotel in the day). There were two people seated next to me on the left and I had the wall to my right-hand side. There was one boorish theatre-goer that the staff were struggling with at the beginning, and had to go back to warn later on, but he was more harmless and drunk than a serious problem, but I was glad that he wasn’t seated anywhere near me. The Royal Box, where my wealthy friend Gordon would sit. He will never read this, so that’s fine for me to note here. This photo is from the curtain call, as they asked for no photos during the performance as it disturbed other audience members. Since there was no-one behind me and I noticed others took photos at this point at the end of the performance, here’s my little effort to give an example of the stage.

I’m not a theatre critic, so my observations aren’t going to be overly deep and meaningful. This though was a performance that I lost track of time of, so that’s a good sign, I’m normally hoping the end comes soon when watching films at the cinema, my attention span already snapped.

For nearly all of the characters, it was easy to forget they weren’t the real actors playing the parts, so was the quality of the impersonations. Tom Bennett played Del Boy and Ryan Hutton played Rodney, both convincing and capturing the appropriate joie de vivre. Jeff Nicholson as Boycie was a clear favourite of the audience, an impeccable performance and indeed laugh. Unfortunately, John Challis died a few weeks ago, but Jeff Nicholson mentioned that he had been a helpful guide throughout to his performance.

Paul Whitehouse played Granddad and Uncle Albert, and had particularly caught the mannerisms of the latter, in a suitably exaggerated style. Although a musical, there were long sections of dialogue and the balance seemed entirely appropriate, with old jokes from the series blended in along with new ones crafted in. They managed to get Waterloo Clock into the performance, as well as the three-wheel van, with no end of complex stage changes. The complexity of these and knowing where to stand is impressive in itself, I’m not sure how individuals can remember so many lines of dialogue, dance and be in the right place throughout.

There were some obvious moments recreated, such as when Del fell through the bar, although no recreation of the falling chandelier, just a reference to it. The performance was fast-paced and the quality of the script was high, although some of the songs felt rather more worthy than others and almost felt included because they’d called this a musical. Maybe the story-line also jumped about a bit, but it remained coherent and it was always faithful in its intent to the original television programme. A chunk of the scripting had been done by Jim Sullivan, the son of the original author of the series, John Sullivan.  Anyway, I was very pleased with my £8 ticket, entirely recommended. 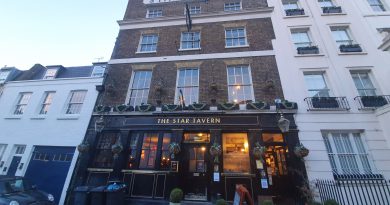