In a similar vein to our visit to the Red Lion down the road, we visited St. Stephen’s Tavern to take advantage of the reality that we could actually get in to see it without it being full. The team member at the entrance offered us a seat outside, but fortunately Richard is in agreement with me that inside is a better place to be. No dangerous wasps or nasty car fumes outside….. It would have had a good view though, it’s located opposite the Houses of Parliament, so visitors could look at Big Ben (well, they can normally, it’s covered in scaffolding at the moment). The building was constructed in 1875 and has operated as a pub since then other than for a period between 1988 and 2003 when it shut and looked like it wouldn’t reopen. There was an expensive restoration funded by the owners Hall & Woodhouse, with English Heritage providing advice on how to retain its historic integrity, which they deserve credit for. Fortunately, the pub fittings had been kept, so there’s still an authenticity to the place and something of a Victorian feel.

As another interesting fact (well, I think it’s interesting), CAMRA note that:

“Very close to this spot the world’s first traffic light was installed in 1868. It was a splendid gas-lit contraption showing red and green lights and with semaphore arms, and was designed in Gothic style to match the then-recent Parliament building opposite.” The team member said we could sit anywhere we liked and by chance I sat at a table which had a photo of this politician above it. How rather lovely. There were three different real ales, nothing overly exciting, this was the Tanglefoot from Badger Beers. Nothing wrong with it and it was well-kept, but it’s not something that I’d rush to order again. The beer is brewed by Hall & Woodhouse, who also run the entire pub as part of their estate. There is food served here, although not during our visit, with the menu being small and not unreasonably priced given its location. I liked the venture down to the toilets in the cellar (although the toilets could have been cleaner, but that’s not really of much relevance here), imagining which politicians had walked down those circular stairs. The magic of political history…..

All told, I liked the environment and the political heritage, although the beer was uninspiring and that would perhaps explain why the pub isn’t in the Good Beer Guide. The team members were all friendly and engaging, so the environment was comfortable and relaxed. Richard ordered another of his ridiculously decadent gins, so I think the team members thought that he was really quite wealthy. I doubt they thought I was with my half pint of Tanglefoot.

The reviews are a little mixed in places, although are broadly positive. Anyway, this is an ideal time to visit this pub given it’s a peaceful and quiet place at the moment. This isn’t an ideal situation though for the pub owners, but I suspect that some sort of normality will return here next year. 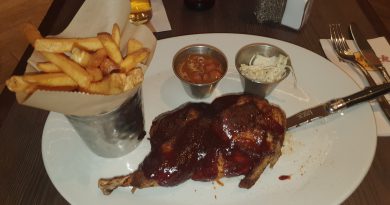