I’ve visited this Brewdog before, but I thought that it seemed an ideal place to spend a couple of hours before readying myself for a near six hour long coach journey to Hull. I’m not thrilled at the thought of the coach journey, although the price was entirely agreeable which is why I opted for it over the more decadently priced train. The bar was nearly empty, which meant that I had a choice of seats around the venue, but there’s usually more drama being located near to the bar. There were also power points and a nice chill from the air conditioning, so that location was perfect for me. I ordered via the app to save the long walk to the bar….. As an aside and since it was so good, I went for a third of the Dessert in a Can – Mocha Ice Cream Fudge Cake from the brilliant Amundsen Brewery. It’s on draft and isn’t in a can here so the name is slightly confusing (although there is a canned version which obviously makes more sense) and it was beautifully decadent and rich. I didn’t need to buy anything else during my near two hours in the pub (stretching a third to last that long isn’t ideal, but it wasn’t cheap, so I felt that balanced out fine) as sipping that and getting on with other bits of work worked out nicely. The drink was rich, quite sweet and the taste of fudge was certainly there, definitely a liquid pudding in a glass. Pleasant flavour which wasn’t too strong and a long aftertaste which didn’t readily dissipate.

For anyone who wants a relaxing and relatively peaceful afternoon in Paddington, I can think of far worse places….. 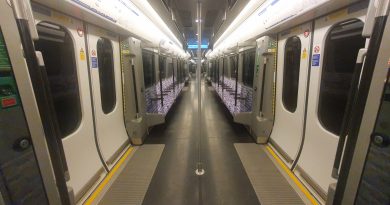