I’ve seen a lot of Salad Story outlets around Poland, and as the saying goes, no good story starts with a salad. However, sometimes a new experience has to be tried, even a salad experience.

The menu boards, with salads, wraps and juices being advertised. They didn’t exactly whet my appetite, but at least the signage was clear. They could perhaps do with a little chicken strips section, but perhaps that takes away from the vibe they’re trying to create. And, they are literally next door in the food court to McDonald’s, Burger King and KFC.

Actually, the main reason I’m not dining at the holy trinity of McDonald’s, Burger King and KFC is that they have large queues. Salad Story doesn’t. I can’t begin to imagine why…..

I went for a healthy Fanta, with lots of sugar, and a hot avocado wrap. It transpired fortunately the wrap had chicken in it, as otherwise it would have tasted rather dull. I must admit, their tomatoes were excellent, I do dislike those mushy things that are sometimes served in, usually, British restaurants.

The wrap was grilled and I do like avocado and its smeary texture, and it was much more substantial than I had anticipated when I ordered it. The prices here are towards the higher end of the scale, primarily because I’m in the food court of the Gdansk Forum Mall. The UK equivalent for the Fanta and avocado wrap was £5, which is the same as a large McDonald’s extra value meal.

Overall, it was much better than I anticipated. Would I go again? That’s a much more challenging issue for me to deal with given that they normally locate these outlets next door to McDonald’s et al. However, I wouldn’t refuse to eat here again.

So, although not yet converted, not disappointed…. 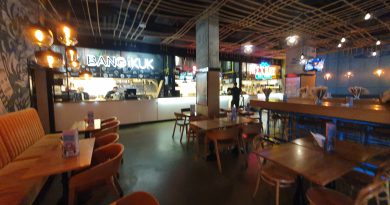 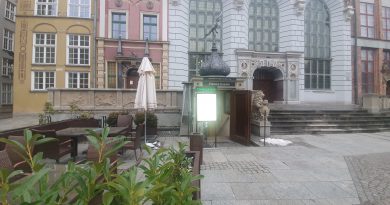