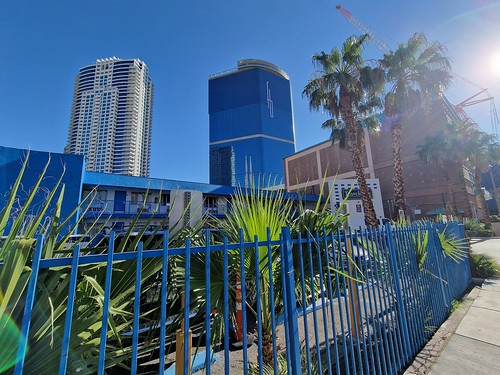 This relatively small hotel for Las Vegas, albeit large anywhere else, is rather dwarfed by Circus Circus in which it stands in front of. It has the benefit of not having a resort fee and being a cheap location in which to stay. On check-in I was disappointed to hear from the staff member that they needed a $100 deposit in cash, which is the first time I’ve ever encountered that. To be fair, if you looking at the booking e-mail and then clicked on the “go to terms and conditions” it is buried in the middle of that, but it wasn’t made obvious so I was pre-annoyed at the whole arrangement.

However, the staff member was lovely and seemed very apologetic, admitting many other guests had similar issues. It wasn’t an issue insomuch I could walk to Circus Circus and withdraw money from their ATM, but although I don’t pay a charge to my card provider for that (thanks Chase) there was a service fee of a few dollars from the casino. It also meant that the next morning I was stuck with $100 dollars in cash, although I was able to rid myself of that in New Orleans. It was all a bit pointless, they put the $100 in a sealed envelope and then after radioing a housekeeper who checks the room they give it back on check-out. There’s also something odd about standing in reception thinking just how good their staff member is and how annoying the deposit situation is. 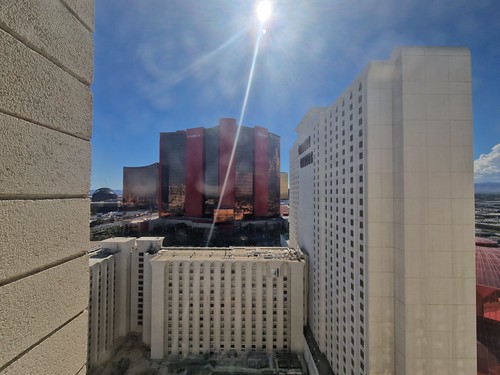 Just for reference, this is Circus Circus where I spent a few nights during the week, it’s a bit higher than the Travelodge which is just three floors high. I don’t have a picture with them both in unfortunately… 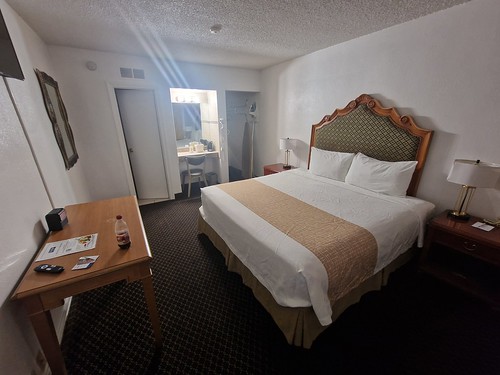 The room was basic albeit functional and there were a few bits that were falling off, but it was clean. I was happy though since I had entered the room with a Dr Pepper Cream Soda, although I’ve mentioned those several times already…. Most notably the wi-fi didn’t work and I was trying to limit my data usage so I was annoyed again, but the room rate was very cheap and so I didn’t feel the need to complain. Well, I’ve complained on here and to myself, but it was too much hassle to query it then when I could go just go to Circus Circus and use their wi-fi. I was pleased though that the air conditioning made the room freezing cold as that’s how I like it and Las Vegas is too hot in October. I’ve often thought Americans seem to accept a lot with these cheaper hotels, but they won’t accept failing air conditioning and I quite like that approach. 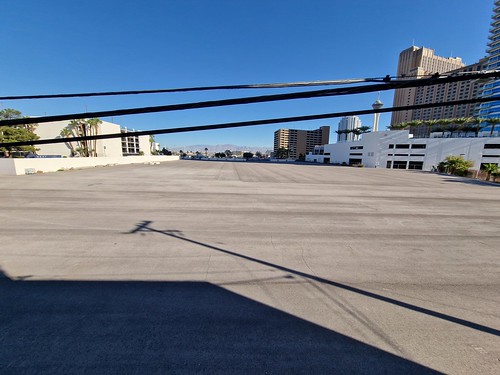 My lovely view and I could have hung things on those wires if I had wanted as they were so close. I wonder whether this hotel will be here in a few years as it’s taking up a relatively large footprint and perhaps a developer feels that they could do more with the site.The set-up was motel style and so there was a walkway in front of the rooms and I enjoyed listening to the very odd chat of the people sitting outside on the floor below, they were spending a lot of time talking about their favourite breed of dog. That’s actually my abiding memory of this hotel, the dog chat and the annoying deposit.