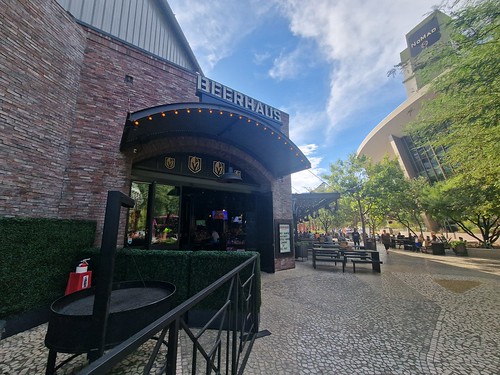 This beer restaurant is centrally located on the Strip, outside the New York New York casino and to be thrifty I deliberately visited during the happy hour. I think it’s between 14:00 and 18:00 on Mondays to Fridays, where local draft beers and a number of food items are reduced. 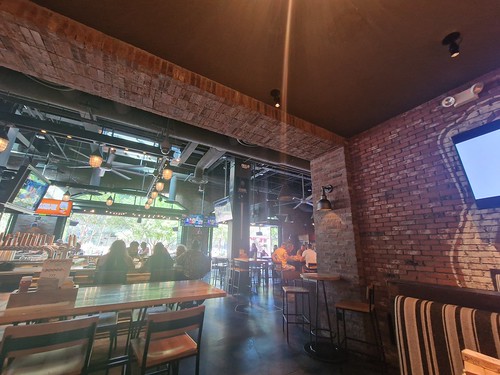 It was perhaps a little formulaic, but the server was friendly, the environment was comfortable and I liked it here. I was given a large booth table which was handy, with the server bringing over the drinks but they don’t take food orders as there’s a separate counter for those. I thought that was a slightly strange way of handling the ordering proceedings, but there was no queue for food and it was all easy enough to understand. 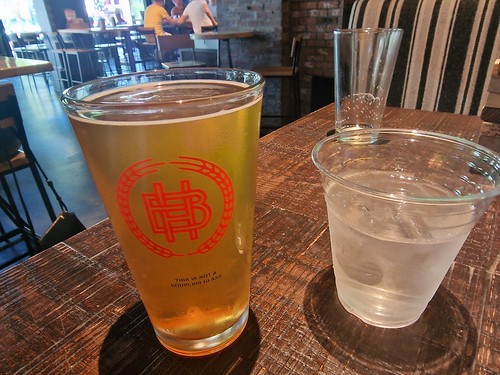 The Peace, Love & Hoppiness from Big Dog’s Brewing Company was a suitably refreshing pale ale, brewed locally. One limitation I had with the local beer menu is that two of the breweries I had already visited in Las Vegas, so there wasn’t an enormous selection to try I hadn’t sampled before. However, it was still a very credible local beer menu, with national options available as well, although they weren’t in the happy hour pricing. The free tap water is just about always provided as a matter of course without needing to ask for it. 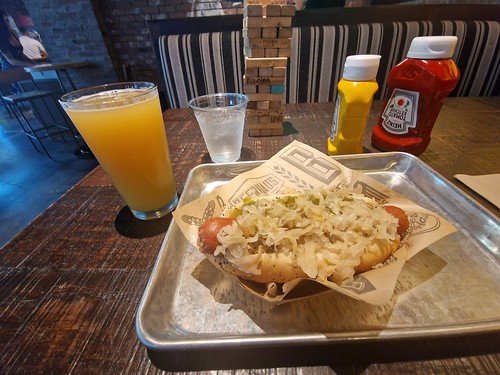 Firstly, that is a beer on the left hand side and very good it was too, the Love Juice from the Lovelady Brewing Company who are located in Henderson, just a little way down the road. Lots of fruit flavour in the beer, as is evident from its colour and so that also made it healthy and nutritious. Secondly, the hot dog was also very agreeable and that’s a Nathan’s beef hot dog, one of the national favourites.

I’d happily recommend this restaurant, it offered an immediate and laid-back environment which always seemed inviting and warm. It wasn’t particularly busy in the afternoon, despite the happy hour, but there were plenty of staff about. There aren’t a huge number of venues on the Strip that focus primarily on beer and this seems like one of the better options.

Las Vegas – Photos of the Strip by Car