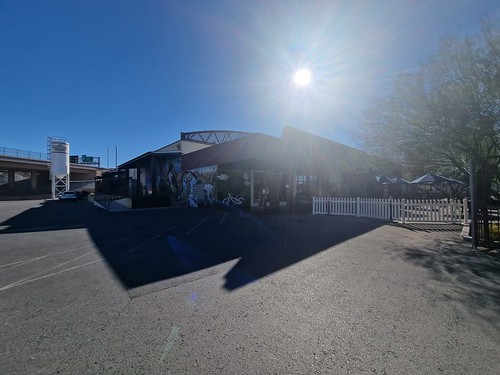 Las Vegas isn’t packed with craft beer breweries and I think that a couple of the best are here and Banger Brewing. I had my bus pass (which I accept makes me sound like a pensioner) so I got a bus there, but then I realised it was only a ten minute walk from downtown Las Vegas so I just walked back. In the searing heat. 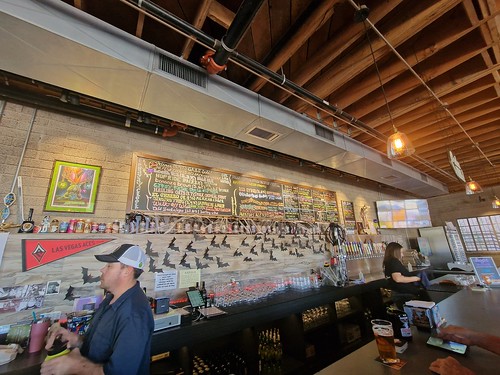 I arrived around ten minutes before Happy Hour so had a beer that wasn’t included in that offer whilst the server happily came back as soon as the cheaper prices kicked in. The menu on the board (which is incidentally available on webcam at https://www.tenayacreek.com/whats-on-tap/, which is a brilliantly smooth way of displaying up-to-date information such as this) is a little complex to understand at first look, but the server talked me through it. 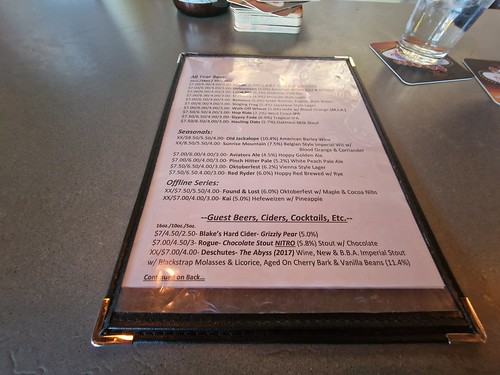 Some of the beers produced by the brewery, with everything much more reasonably priced than in Las Vegas itself. It’s worth a meander to get here and I think everyone at the bar (other than me obviously) was local. 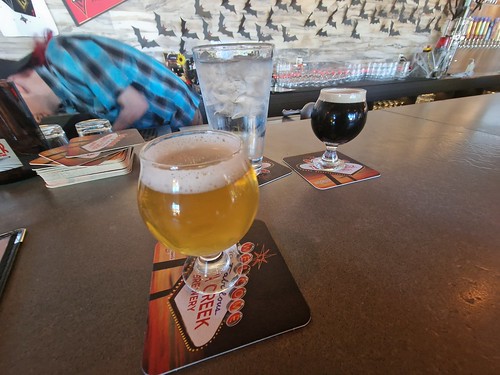 The Hazy Phantom Bride from Belching Beaver Brewery and I think that I’ve been to their brewery in California when my friends Alexis and Jose took me, but I might have got muddled up as it was a few years ago and pre-blog. As I’ve mentioned before, most of the reason for this blog existing is to remind me where I’ve been, as I have a tendency to forget things. 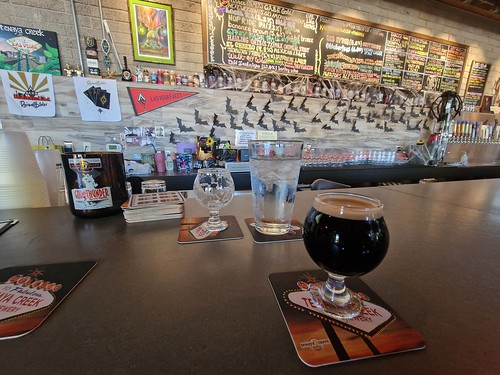 The Chocolate Stout Nitro from Rogue Ales, which as its name suggests was packed with chocolate and suitably smooth. This comes from Newport in Oregon, one of the numerous places that I want to visit when I finally get to visit the state. I had a lot of tap water whilst I was at the bar given the extreme heat outside, or at least, what I call extreme heat. 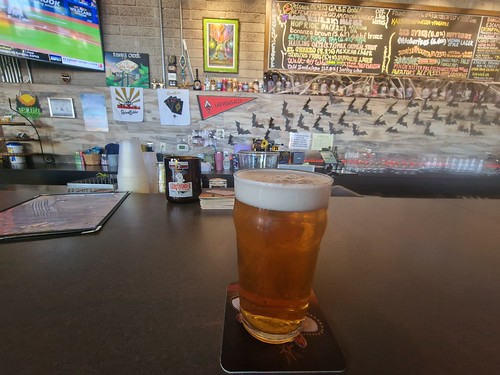 And to finish, the Pinch Hitter Pale from Tenaya Creek brewery themselves. A credible IPA which has plenty of peach flavour to it, something I think works in a beer, although the server said that customers were rather more divided on that. I’m not into US sports, or indeed any sports really, but whatever it was on the screens was exciting most of those seated at the bar.

This was a friendly operation and although they don’t do food themselves there are often food trucks parked up outside. The venue started in 1999 as a restaurant and brewery, but they decided to focus on the beer side in 2008 and they moved to these premises in 2015. I liked the laid-back and inviting atmosphere, with the server being personable and engaging. I perhaps didn’t try as many of the brewery’s own beers as I could have done, but the one I had was very agreeable. For anyone who doesn’t want to walk from downtown, a bus doesn’t take long and leaves from the end of Fremont Street.