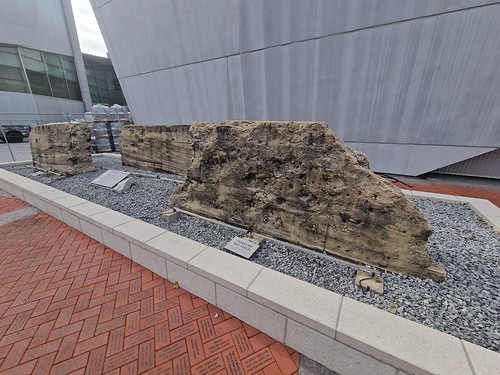 Between 1942 and 1944 the Germans thought they had a great idea in building a defensive wall along the Atlantic coast that was nearly 1,700 miles long. The French and Belgian sections were constructed by 600,000 French workers forced into building this defensive wall which was intended to repel any attacks by the allies into mainland Europe which Germany controlled so much of. Rommel was put in charge of this whole arrangement in late 1943 and I think it’s fair to say that he wasn’t entirely impressed. Much of what had been constructed was of marginal use as the allied air forces could just blow most of it away before launching an invasion of the beachhead.

Rommel put huge efforts into mining the beaches, creating structures on the beach to make landing more difficult and trying to refocus on stopping any enemy ships from being able to make the crossing. He also strengthened some of the existing structures and by the time of D-Day the Germans had managed to pour 17 million cubic yards of concrete which was reinforced by 1.3 million short tons of steel. The reinforcements didn’t really trouble the invaders as the allies were able to secure the majority of their objectives on the first day after landing.

These three lumps of concrete are from that wall, part of the defences at Utah Beach where the Americans landed as part of the allied joint expedition. There are holes in the concrete still visible which were caused by the weaponry fired at it by the allied forces when attempting to land and secure the beachhead. I like big chunks of exhibits like this, which I imagine were a hassle to get shipped into the United States, and they were donated by the Utah Beach D-Day Museum. That museum is built at the location where American soldiers stormed the beach, somewhere that one day I’ll hopefully get to visit.