Quickly skipping Tuesday and Wednesday as not much of excitement happened during my time in Norwich, it was time for the big event of the LDWA 100, the 100 mile event. I might have mentioned that I walked this last year….. 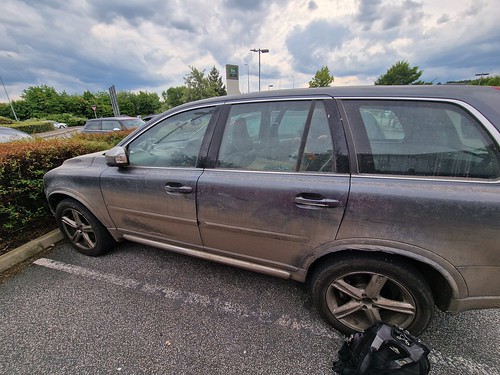 Richard turned up in his little tank, which I first thought was in camouflage, but he reassured me that it was just very dirty. We were off to Barnsley on the Thursday, ready to help marshal the main LDWA 100 event on the Friday to Sunday. 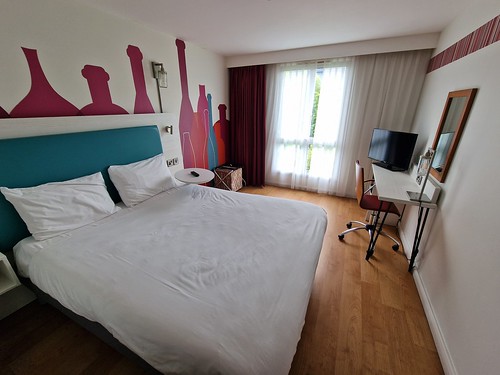 Safely there and back in the Ibis Styles which I stayed in last year. My Accor settings have me at the end of a corridor miles away from the lift, whereas Richard for reasons unknown likes to be near the lift. So our rooms were nowhere near each other, although it transpired that I was directly above Chelle and Paul, but I’m pleased to report they didn’t cause any noise issues on the floor below. 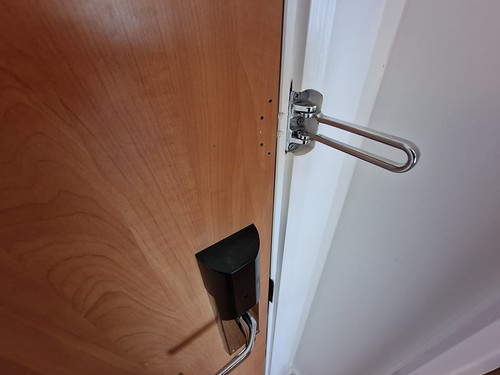 Classy, that made me feel extra safe in the room. 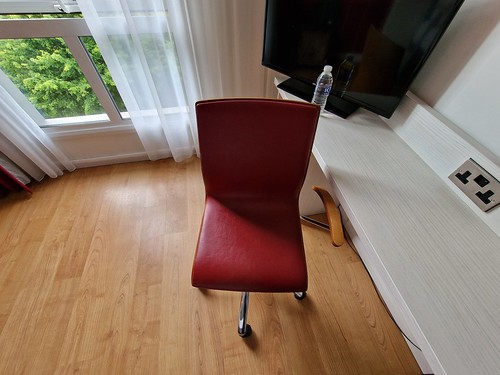 And my chair had lost a leg, but I had a window that opened, so I was content with that at least. 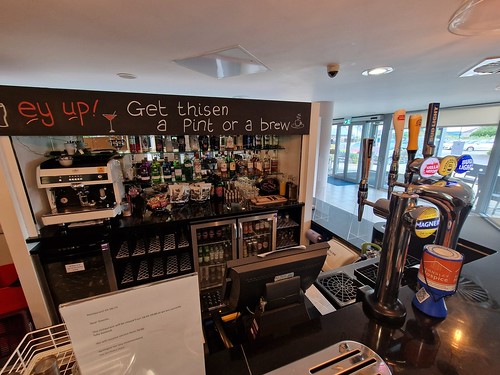 The signage at the hotel bar is written in the Yorkshire dialect and I got myself an old Speckled Hen as my free welcome drink, whereas Richard went for one of his decadent wines. 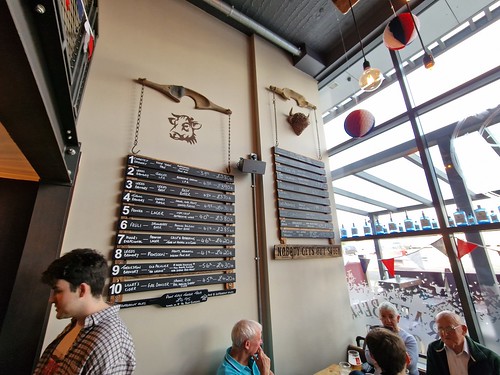 We were meeting up in town with one of the heroes of the LDWA, David Morgan, who was far too excited to see us struggle up the mountain that leads into Barnsley. We were meeting at the Tipsy Cow, a very decent craft beer bar, so that Dave could tell me all his gossip, not least all of the mountain summits he’s run up recently. We had walked the two miles or so into the town centre of Barnsley from the hotel, which was one of Richard’s longest walks for a long time. He was very brave and I’d actually like to see Dave and Richard do a walk-off to see who could get the furthest. 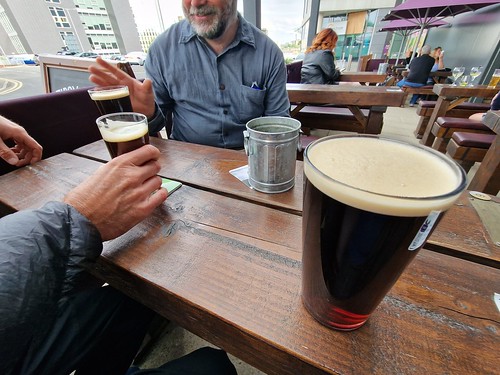 Incidentally, they had Cherry Porter from Titanic Brewery, so I was sold on that, and very nicely kept it was too. With that, we moved on, Dave to his South Wales group meal, whereas the Norfolk & Suffolk volunteers and entrants were all scattered about, so it was left for me to supervise Richard in the pubs. 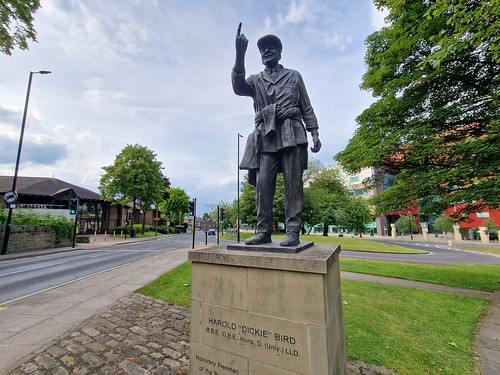 I thought I’d show Richard the Dickie Bird statue. At least having been somewhere before saves me from having to write much about it again, I can just link to previous blog posts for anyone who hasn’t been fortunate to have already read them. 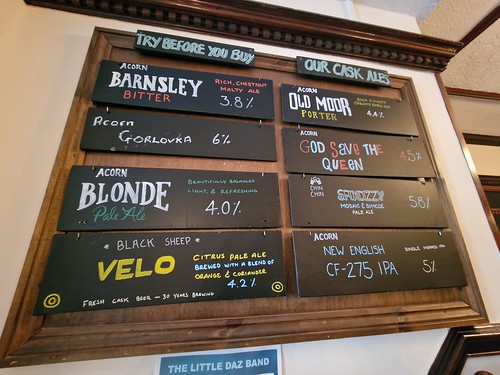 Back in the Old No 7, I went for the Spindizzy from Chin Chin Brewing Company, which was well kept although not particularly exceptional. 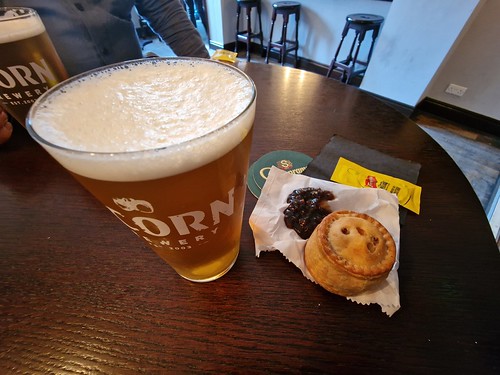 The pork pie was lovely though, after I’d carefully picked the jelly out. 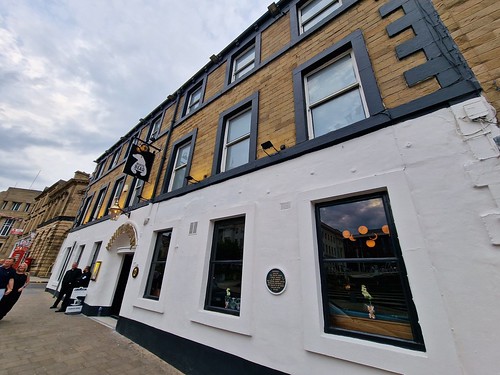 I was looking to find a pub in Barnsley that I hadn’t visited before, so we thought we’d pop into the White Bear. We popped into the pub and then popped straight out again, as it appears they had problems with their speaker system and the music volume could be heard in Huddersfield. They were also short of customers, but that wasn’t an entire surprise given the early evening rave going on. Now that I’ve passed my 30th birthday, and Richard is now in his early 50s, I suspect we need to find places that are generally quieter in the future, as I’m not as young as I once was (not that I liked loud places when I was younger). 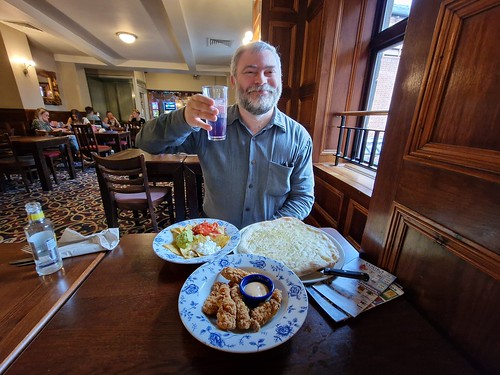 Richard, who if truth be told is much greedier than I am with food, went for a heap of plates full of JD Wetherspoon cuisine in the Joseph Bramah. 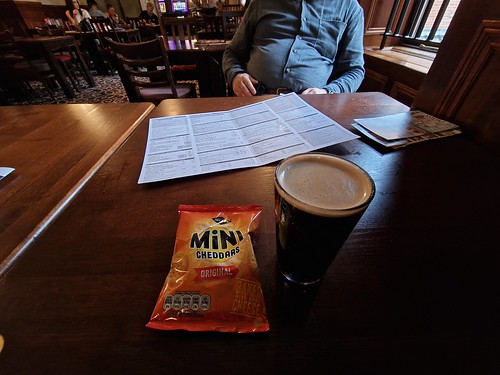 I had a packet of Mini Cheddars alongside my Farmers Stout from Bradfield Brewery, which had a depth of taste to it and was well-kept. As a flavour combination, Mini Cheddars and/or Wotsits go really well with stouts. See, it’s worth reading this blog to get top tips about craft beer and food pairings. I ordered a different beer as my second round, but they ignored that and brought me the same one that I’d had. I couldn’t be bothered to argue about the situation, especially since I had enjoyed my previous half pint. It’s a friendly pub though, spacious and it wasn’t too busy. 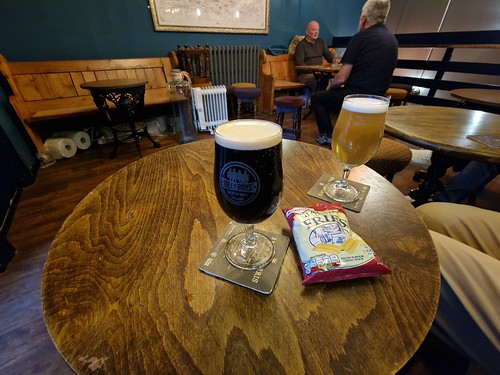 Next was a repeat visit (for me) to the Jolly Boys. I got myself another one of my classy snacks of Bacon Fries, which is making it look like I survive on things like this….. 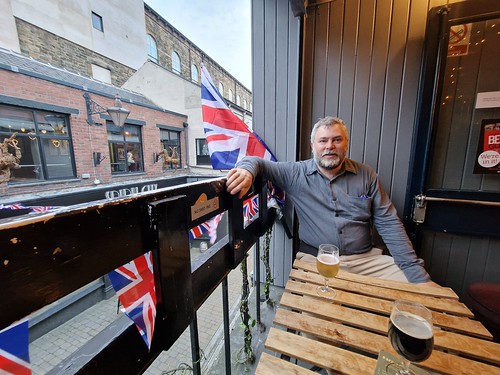 When a space became available, we moved to the upstairs balcony which was quite decadent. It was the Bank Holiday Jubilee weekend, hence all of the bunting. Friendly service here again, I’ve worked through a lot of the Jolly Boys’ Brewery beers before, so I went for the tried and tested Jolly Collier Porter. 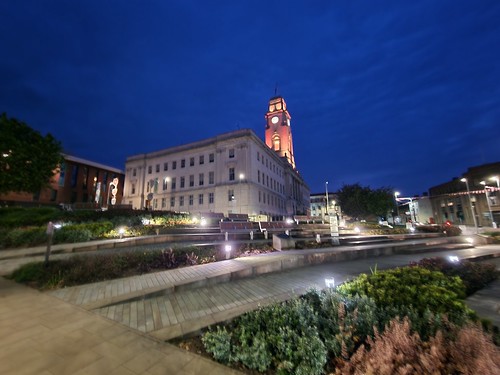 Barnsley Town Hall at night. I’m skipping out one pub, Maison du Biere, as it was outstanding and so it’s getting its own post, it was the first time I’d been there and it significantly exceeded my expectations. It was so good that it meant we forgot to go and look for some beacon they were setting on fire, but I hadn’t been much interested in that anyway so that’s fortunate. A good pub is better than watching random fires if you ask me…. More on that pub in a little bit, but it was time to walk the two miles back to the hotel, which Richard braced himself for and achieved comfortably fuelled on by the beers and food of the evening. We met Chelle at the hotel with her dog in reception at the hotel, I suspect she’d been hitting the bar again (figuratively, not literally), but I didn’t say anything.

What it did mean was that we didn’t have many hours of sleep before we had to get up for the LDWA 100, and indeed, we didn’t expect to get sleep during the weekend anyway. But, it’s much harder for the entrants, so I decided not to feel sorry for myself as I’m good like that, always a bundle of positivity.