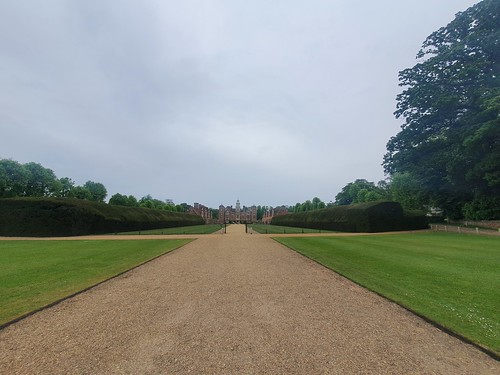 It’s quick progress (well, slightly quicker, I won’t get carried away) on this blog when I’m in Norwich, as I managed to do little of note on the Thursday, Friday or Saturday, although since I had an opportunity to go to Blickling Hall on the Sunday that seemed a marvellous idea to get the most from my National Trust membership. I’ve visited here on numerous occasions before, it’s a flagship National Trust property and I think very over-priced for non-members to go in at over £15, but there we go….. 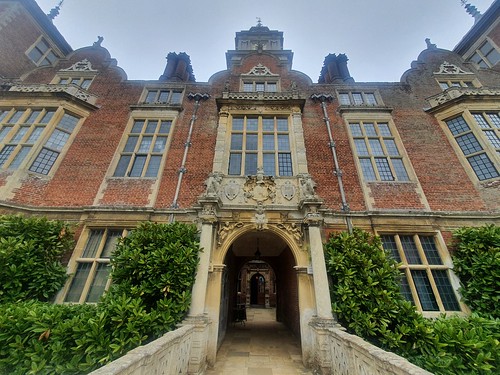 Going through the front porch, it must be handy owning a property with this much space. Anyway, there’s a date of 1620 visible to the top-right, contemporary with the original construction of the property between 1619 and 1627 for Sir Henry Hobart, the Lord Chief Justice. 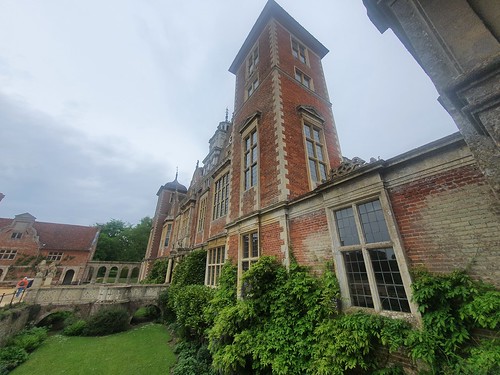 The frontage from a different angle. The volunteers at the house were pro-active, friendly and helpful, although I suspect they were low on numbers as some of the rooms were closed off. As an aside, I do wonder what the National Trust are doing with all the rooms that are closed, they surely can’t need that much office space. I’m especially disappointed at the lack of access to the former servant rooms, as these often tell some of the most interesting stories of how the property was run and how the servants lived and worked. 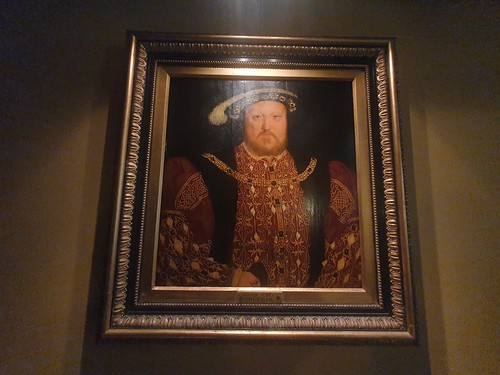 Located at the bottom of the stairs is what some people refer to as an original Holbein, although the National Trust say that it is a copy. The painting was at Newbattle Abbey, a former monastery turned into a residential property following the Reformation. It’s a decent copy though, I wouldn’t have been able to tell the difference, although I’m not entirely sure why it’s shoved down by the bottom of the stairs by the mops. 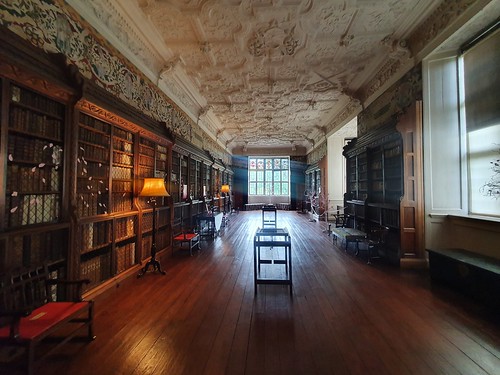 My favourite room in the property, the Great Hall, or as far as I’m concerned in terms of the naming, the library. 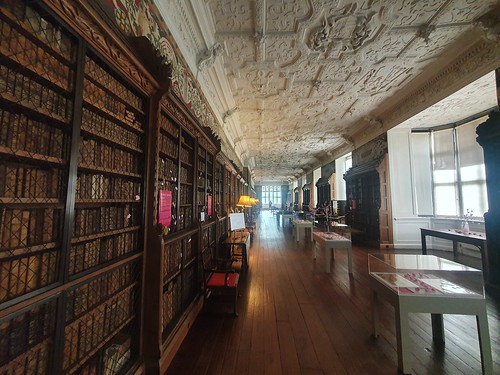 Any working environment is substantially improved by having so many books and I could sit here for quite some time without getting bored. I could also fit a bar billiards table in here and I might even have my own cue like other professional players that I know. 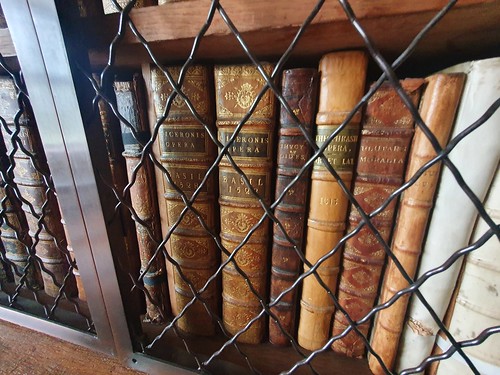 What a beautiful sight. This collection of books is of national importance and there are around 14,000 of them, mostly a legacy from the book collector Sir Richard Ellys (1688-1742), but added to over the years. There are some very early books here, including incunables from the early years of printing. 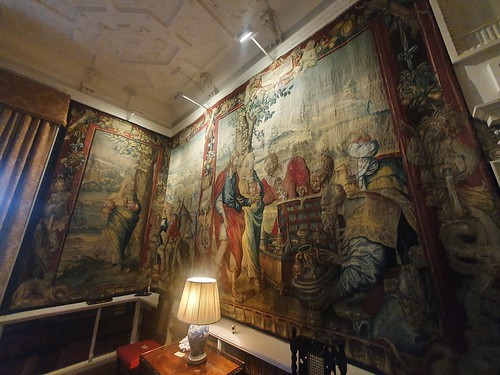 The tapestry room which would annoy me as I’d want to remove the crumples. I’m pleased that tapestries on walls has gone out of fashion over the last few hundred years. 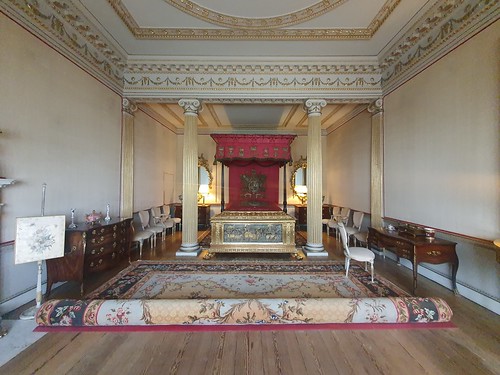 One of the state bedrooms, more style over substance here as far as I’m concerned, but I think that’s what guest rooms are really for in country houses. This room has a fine view of the lake and it’s just a short walk from the library for any guest wanting a night-time read. I’m fascinated about what life must have been like for those with wealth here and whether they realised the enormous privilege that they had, or whether it was so part of their normality that they didn’t much think about it. 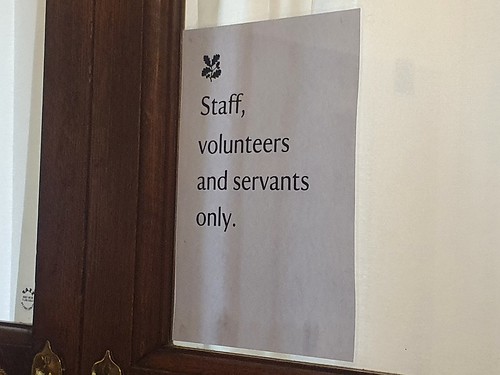 I approved of their gentle humour. 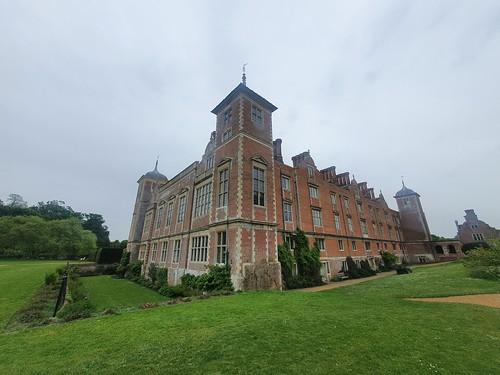 Walking around the outside of the house gives an indication of its size. The last owner of the property was Philip Kerr, 11th Marquess of Lothian, a man who had some fascinating roles, including the Ambassador to the United States and earlier on in his career, the Private Secretary to David Lloyd George. The property was given to the National Trust in 1940 following Kerr’s death, although it didn’t open to the public until 1962. 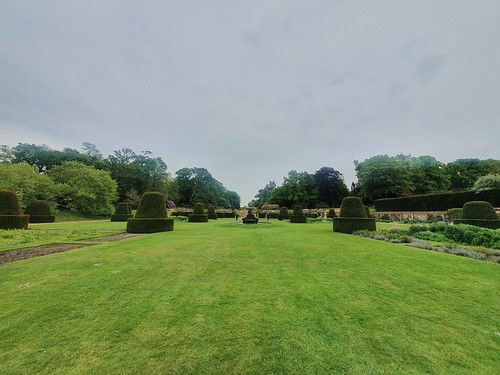 It started to rain after I had left the hall, so I decided against walking around the gardens which I’ve meandered around many times before. There are 55 acres of formal gardens, which feels excessive for any one family, but I won’t get involved in class based discussions here. And, in addition to that, there are thousands of acres of land around the estate, although much has been sold off over the generations. 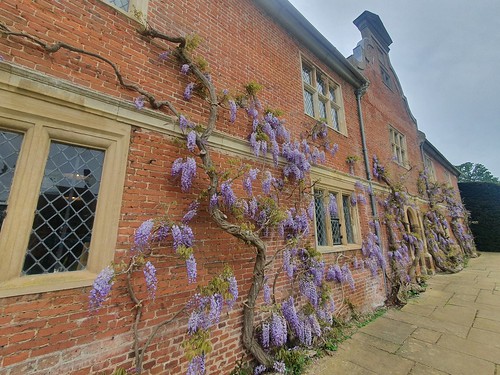 I think this is wisteria on the wall, it all looks very suitable for the National Trust and its image. 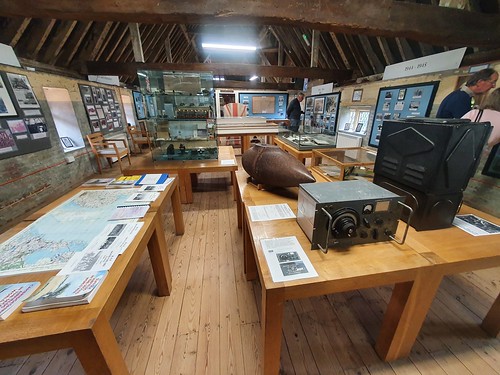 I’ve never had chance to visit the RAF Oulton Museum at the property, located next to the cafe and there are plenty of knowledgeable volunteers here. It commemorates the existence of RAF Oulton between 1939 and 1946 which was located at the Blickling Estate and there’s some continuation of heritage as the rooms that the museum now occupies were used by air crew and wing sergeants during the Second World War. 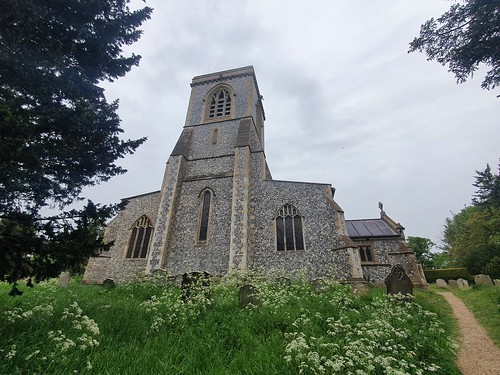 And just at the end of the drive is St. Andrew’s Church and it’s open seemingly every day, although the constant flow of visitors from Blickling Hall must help to justify that. 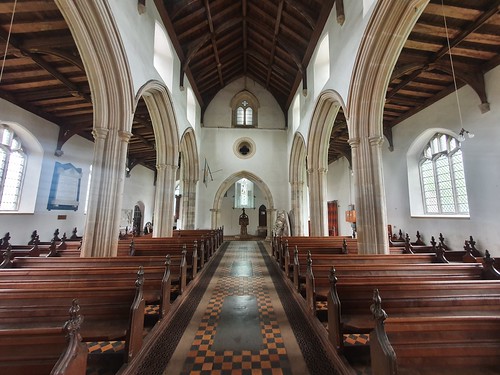 The nave of St. Andrew’s Church, which was used by Blickling Hall, which was unfortunately substantially reconstructed during the Victorian period and it’s perhaps a drab and sterile affair in comparison to other churches in the county. However, it holds some charm and there are some memorials to previous residents of Blickling Hall. 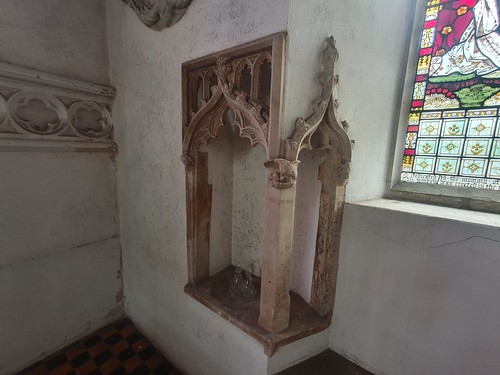 Despite the Victorian renovation of the fifteenth century church, there are some survivals from the earlier building, including this older piscina. 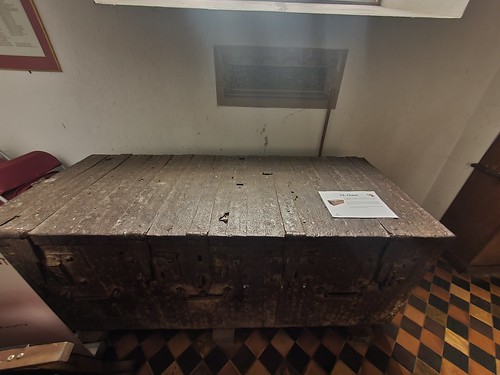 And this chest, which is around 500 years old. 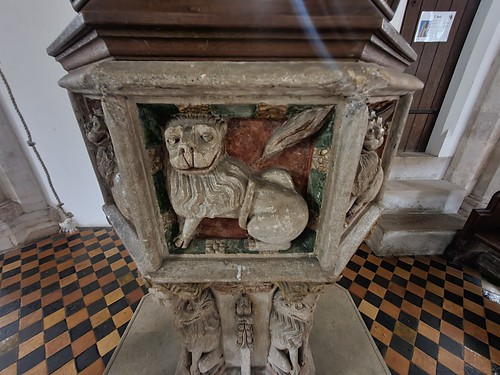 The font is medieval, although I can’t imagine that paintwork is particularly old. I’m going for the Victorians fiddling with it. 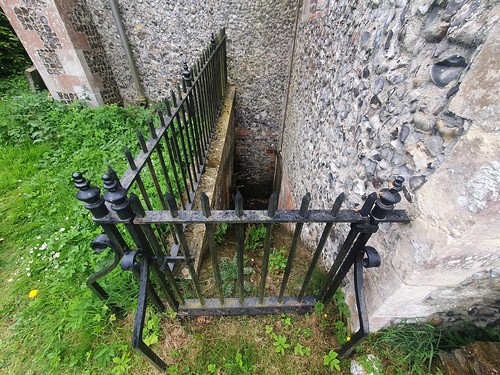 Steps down to a vault under the chancel. 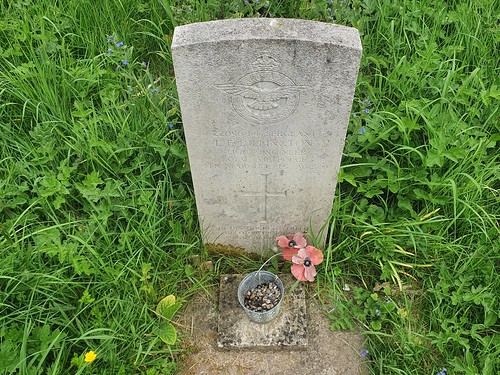 The Commonwealth War Grave of LE Billington, who died at the age of 20 on 4 March 1945. Leslie Billington was on board an aircraft that crash landed at RAF Oulton on the way back from a military operation on the European mainland. 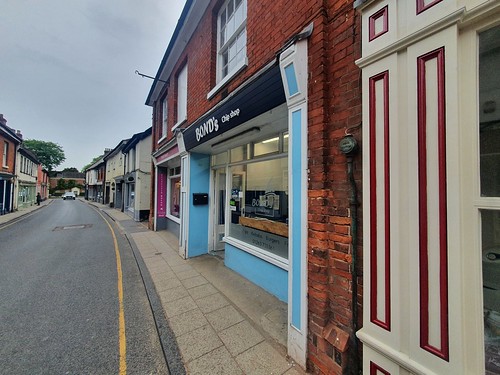 Bond’s Chips in Aylsham and I have my usual complaint that they don’t accept cards. On this occasion, I had guessed in advance about that situation and had cash, but this lack of card acceptance is now becoming increasingly rare and it’s no surprise they’re receiving negative reviews about their policy. 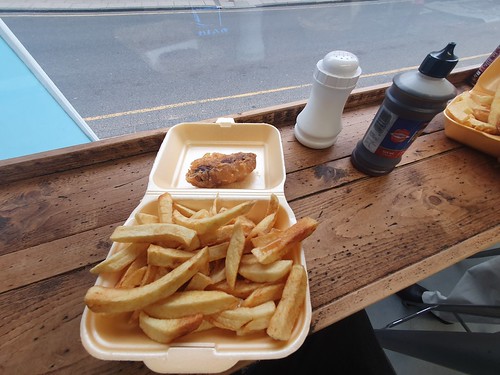 The service though was friendly and the sausage is better than the photo suggests, this is a proper butcher’s sausage and the batter had a pleasant taste to it. The chips were served as a suitably large portion and I was satisfied with the whole arrangement. And there was a little eat-in area which made things easier.