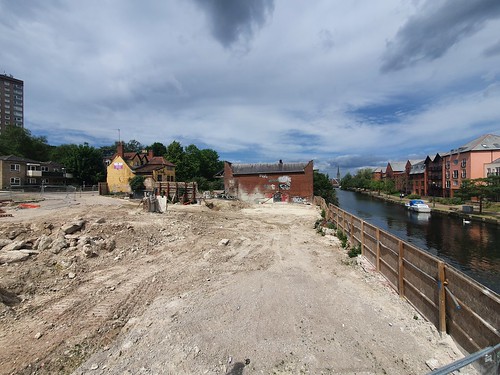 Another one of my little complaints, this is the disgrace (I like using strong words to reinforce my anger, even though it makes me sound inarticulate and odd) of the former Ferry Boat Inn, a pub operated by Greene King until they closed it in 2010. After a series of business plans which fell through, it’s now going to be turned into flats for students. There are so many similar developments in the city that I’m not sure where all these students are coming from. Anyway, the development has stopped again now due to some odd financial arrangements, so the site remains in flux. What this site would have made is a excellent pub which could have been one of the best in the city, with a long heritage since around 1820. Who knew? Anyway, in around ten years there might be some cheap flats here overlooking the river which will probably fall down in around thirty years. 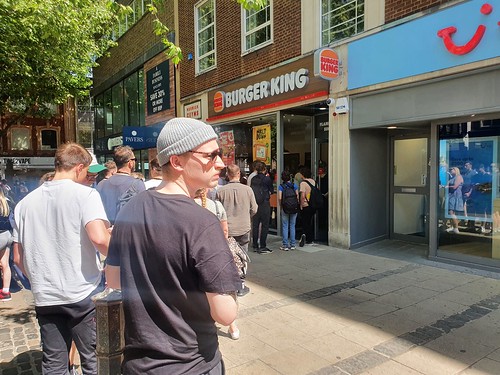 My friend James mentioned that there were free Whoppers being dished out around the country by Burger King. I didn’t want him to be lonely when he went to get one, so I accompanied him to the new Norwich branch. I know that since hitting 30 I’ve become old, but I’m sure that Whoppers were better back in the day…… It was quite fiddly to order them using the app, but there was such a queue that anyone could realistically just walk in and say they had ordered one. 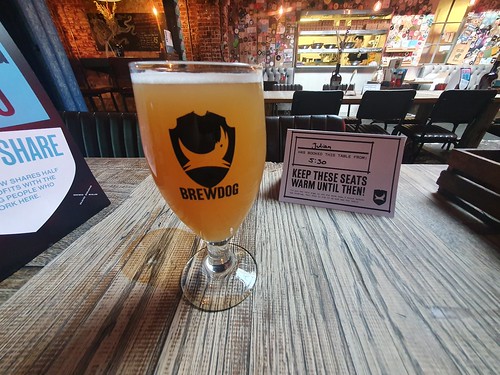 Inspired by this food excitement, James and I went to Brewdog in the evening for all you can eat chicken wings. I mean, no-one can say that I’m not classy? Whoppers and chicken wings? Very decadent. I’ve worked my way around most Brewdogs in the country, and indeed many Wings Wednesdays, as although it’s not the best food that the chain does, it’s sort of affordable (for them anyway) and I know I’ll eat enough. 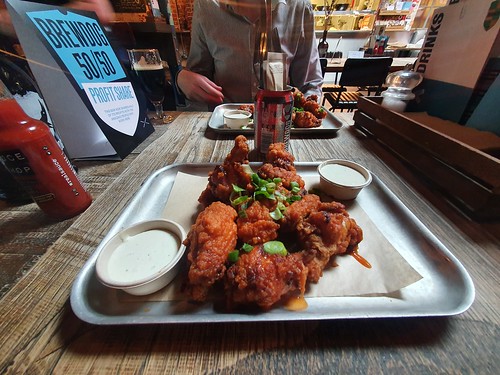 James can eat more than I can, he’s nearly to 40 than I am (in terms of chicken wings consumed, not age), but they’re delicious, although that sauce is a little vinegary so it soon becomes quite challenging to eat them. We managed to persist for a couple of hours though, with the service being a little sluggish at first although it then picked up and extra wings came flying our way (there’s a pun there) at some pace. They were generous in letting us have two blue cheese sauces, they really something to the chicken wings, mainly by hiding the vinegar taste which is in the sauce. 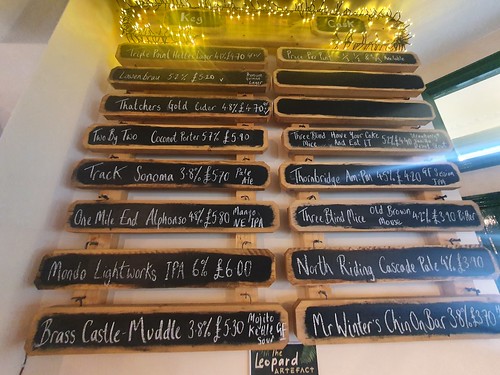 We then shuffled along the road to the Leopard, which I’ve mentioned on numerous occasions is one of the best pubs in Norwich (although the dog is I know annoying more than just a few customers now), with their selection of keg and cask beers. I went for the Have Your Cake and Eat It from Three Blind Mice which was pleasant enough, but it didn’t have enough dessert taste for me to really like it and I slightly regretted getting an entire pint of it. Interesting beer though and the staff here were as friendly as ever, it’s a very laid-back pub and the beer options are well balanced. 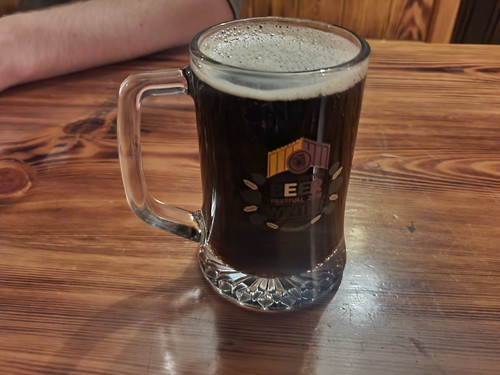 And in a switch of drinking partner from James (who needed to go home to get over excessive chicken wing consumption) to Nathan (who was propping up another bar in another part of the city), I popped to the White Lion before we accidentally both went to the King’s Head for goodness knows how long. We had to discuss the delights of Gorleston for the big day out that we were planning, although I expect we got distracted and talked about some other unimportant thing that had annoyed us both.

I’ve noted how food and drink obsessed this blog gets when I’m back in Norwich, but readers will just have to wade through this drivel….. At least the blog marches forwards several days at a time when I’m in the heart of Norfolk life, so there’s less to read.