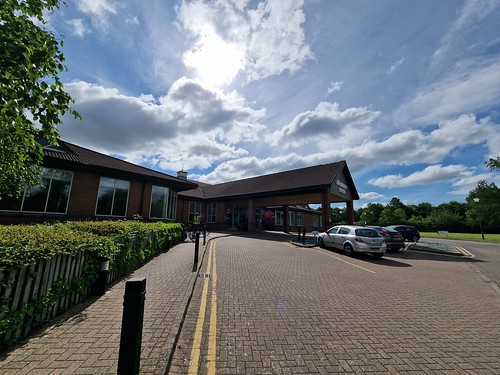 Leaving the Mercure in Daventry, which had provided us with a quiet and restful night after the bravery of the previous day. Wetherspoons makes another appearance here, we (technically Liam did most of this) drove to St. Neots to visit the Weeping Ash, which means that I’ve now visited every one of the chain’s outlets in Norfolk, Suffolk and Cambridgeshire. Getting to these pubs is often quite challenging for me on public transport and Liam provides an excellent chauffeur for such adventures, I think I will use his car driving services again. 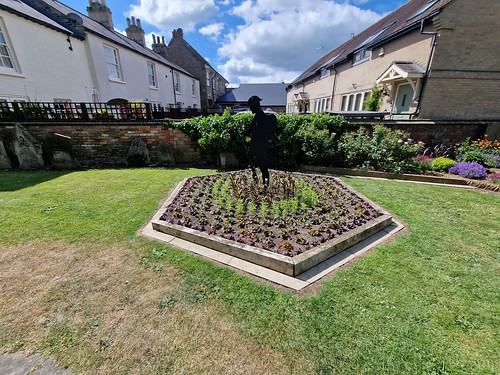 Safely arriving into St Neots, a war memorial at Tan Yard, a road named after a tanning yard where cattle hides were made into leather. 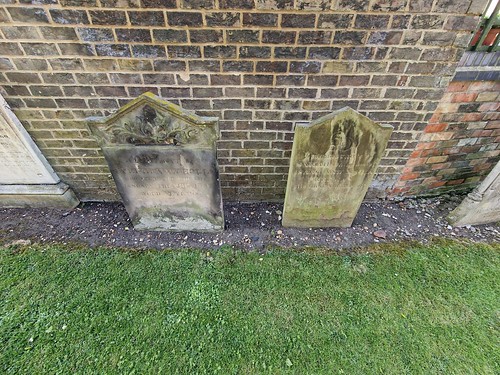 This piece of land was used as a baptist church, since demolished but some of the graves remain. They’ve made a nice little park area from the site, but it feels sad that the church has been lost, it would have been so important to many people in the nineteenth century. 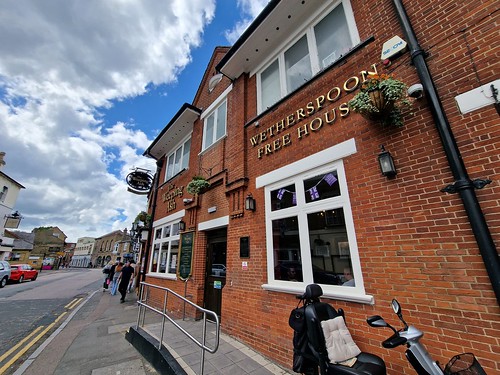 The pub we had come to see, the Weeping Ash. Pinching the text from the company’s web-site about the pub’s history:

“This former post office stands on part of what was once a much-admired Victorian garden belonging to the house across the road – the home of William Medland, an important man in St Neots. Bank manager and town commissioner, Medland died in 1872 in his late 60s. His widow lived in the house until the 1890s, when it was bought for the Conservative Club, which is still there. Medland’s garden was well known for its many fine trees and shrubs, particularly for its ‘magnificent weeping ash’.” 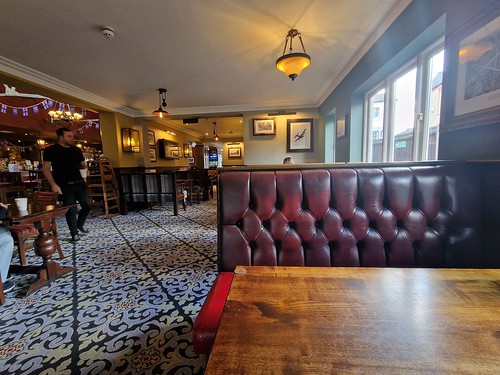 I have no complaints about the pub, it was clean, well managed and sizeable. The reviews on-line are a little less impressive, with the usual sneering type:

Fortunately, we didn’t have white trainers or white socks to avoid clearly offending this customer.

I do see this occasionally, often when the empty coffee cup is traipsed half way across the pub by a staff member, and then the confused customer has to traipse the same distance back to get their drink. 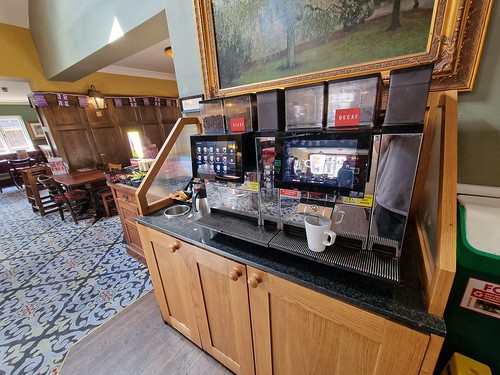 I find simple things entertaining, so was very excited to see a new type of coffee machine at a JD Wetherspoons. Now, I accept that I should get out more rather than spend time writing drivel like this, but it pleased me. For £1.20 for unlimited hot drinks, a complete bargain as far as I’m concerned. 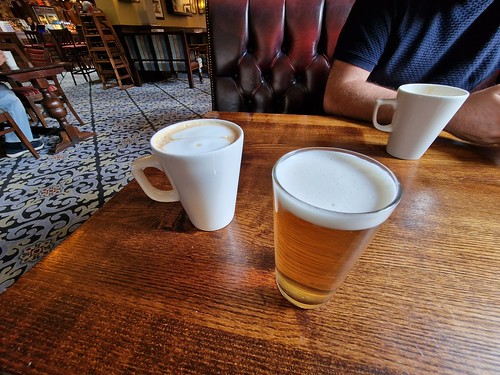 It was a little early, but I did get a quick half with my hot drink, just so I could comment on the beer quality. I’m very dedicated to ensuring beer quality, but I do it for very selfless reasons of course. I went for the Jemima’s Pitchfork from the Glamorgan Brewing Co, a not particularly interesting beer, but at least well-kept. 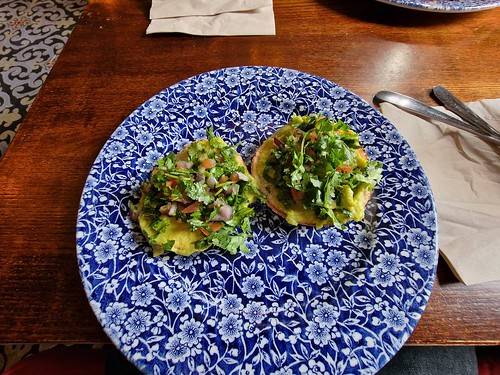 The very keenly priced avocado muffin, my new go to breakfast option since the recent price hikes on the traditional breakfast.

And that is pretty much that, a really fun weekend and I won’t mention my bravery on the zip-lining again as I mentioned it once yesterday. Road trips with exciting things like craft beer (or just beer), adventure and Greggs are one of my favourite things, a rare event as I’m nearly always on public transport which is of course also exciting, but a change is good for the soul.

Thanks to Liam for marvellous company and I’m already looking forward to the next one (although I’m not sure my one or two blog readers can cope with even more bravery comments, but there we go…..). Although I might make him get Untappd for the next trip.