[I’m fixing some older posts which need the links to the images updating, and this monument is currently (August 2022) very controversial once again. There’s talk of taking the monument down because of what it represents, something which seems now to be more likely than not. I recall at the time being advised not to linger here as the locals assume people who do are Russian sympathisers and as noted below, I felt uncomfortable when there] 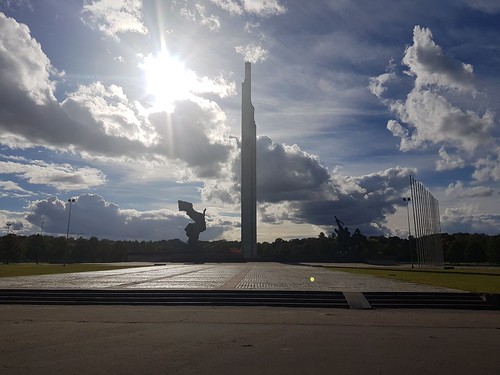 Monuments don’t come much more controversial than this in Latvia and I spent as little time here as possible. This was mainly because I had been told that very many Latvians strongly dislike the monument and that visitors aren’t encouraged to hang around it for long.

There weren’t any other visitors to the site when I visited, but there were a group of three people sitting on a bench nearby who appeared drunk. They also appeared to be Russian from what I could gather, but a guide earlier in the week told me that this is where pro-Russians often go, so that isn’t perhaps entirely surprising. It’s not really a location I felt comfortable in though, even though it’s only around a mile away from the city centre. 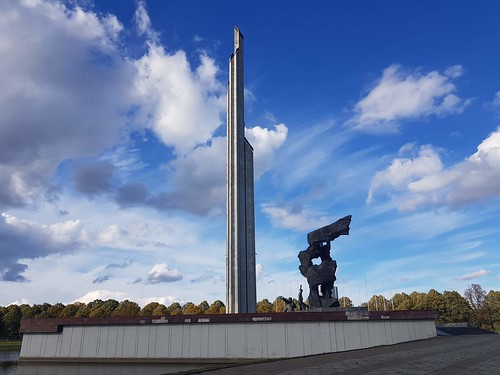 There have been efforts to have this monument removed, but the Government has said that, as it is, that it should stay. This didn’t stop a Latvian nationalist group trying to blow it up in June 1997, although the attack went wrong and two of them died. 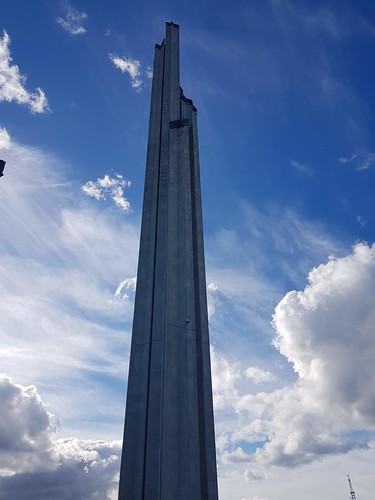 The main tower is 79 metres high and the whole complex is designed to be a victory memorial to the Soviet soldiers who died during the Second World War. The monument was completed in 1985 and is known by some locally as ‘Moscow’s finger’. 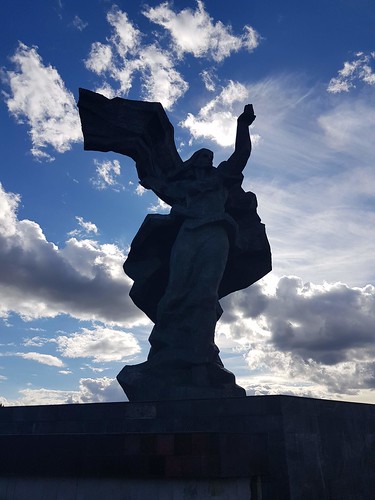 The sculptors of the project were Lev Bukovsky and Aivars Gulbis, and this section represents the Motherland. 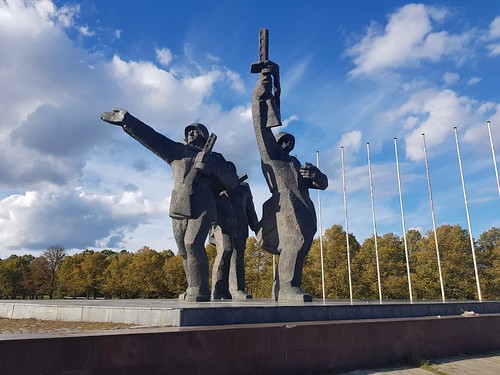 A group of three Soviet soldiers. The site itself is starting to fall apart because of a lack of investment and there is no signage at the site giving information about the monument. It was an attempt by the Soviets to strengthen their support by portraying the Germans as the enemy, who were ‘bravely’ fought off during the Second World War. But much has changed since the 1980s when this was built, and its future will likely be highly controversial for some considerable time to come.

Riga – Museum of the History of Riga and Navigation