Today’s little adventure began at Warszawa Centralna, the city’s main railway station. The station was built in the 1970s and is an impressive and open structure, replacing the remains of the Warszawa Główna railway station which was nearly entirely lost during the Second World War. There are plenty of screens indicating the platform numbers and there are escalators down to the tracks. I like these screens, they make it relatively easy to know where to stand on the platform to board the train. I fail to understand why the British railway network has never managed to implement this, I don’t really understand why this is so complex. I know that it has been done in a few railway stations, but generally it’s a stand and hope you’re in the right place policy for those catching a train. That meant I was departing from Platform 3, Track 4 and Sector 2. I had a reserved seat which was carriage 12 and seat number 36, so I felt that I had all the information that I needed. The platforms are long, this is only about half its length. I’m always pleased to see confirmation on the signage that I’m at the right platform and at the right railway station. My service was the train departing at 10:10 and arriving into Częstochowa at 12:55, a journey time of two hours and 45 minutes. The train isn’t one of the more modern set-ups, here it is arriving into the railway station. They’re also not the easiest to get on and off, there’s quite a step to get into it and so it isn’t ideal for those with limited mobility to access without assistance. This meant that it was a carriage train, something I’m not hugely keen on. There has been a move towards open carriages and I prefer that to these eight person compartments. There were three of us in this compartment for most of the journey, so plenty of space as it can seat up to eight people. There were eight or so stops along the route, with everything running to clockwork in terms of the timing. I’d add that I took this photo when one of the passengers left the compartment, we weren’t all sitting on the same side. I didn’t need power for electrical devices, but another one of the passengers did and was unable to find it in this area, although she disappeared with her phone charger for some time and so I imagine there’s a power point somewhere.

Also, it looks from the photo that it’s possible to see across the tops of the compartment, but that’s just the mirror and it is sealed quite tightly other than for the door. There’s a handy metal bar running along the base of the seats which is useful for putting feet on, saving passengers doing that annoying thing of putting their feet on the seats. The seats were adequate and were cushioned, but I didn’t think that they were as comfortable as those on most modern British trains. The corridor down the side of the train and a refreshments trolley did work its way up and down. The conductor was friendly when checking my ticket, although I proffered my passport and he said that he didn’t need it, although I thought they were checking them. He didn’t speak any English, but my very limited Polish is enough to understand “ticket please” and “can you make the screen larger?”, but that was the limit of the verbal interchange. And safely into Częstochowa railway station, which isn’t entirely obvious as I think that it looks like a shopping centre, but the service was on time and everything was smooth and efficient. The journey cost £9.80 (and I booked that at https://mt.rozklad-pkp.pl/en which is the official web-site of the rail company), which I thought was entirely reasonable given the distance travelled. 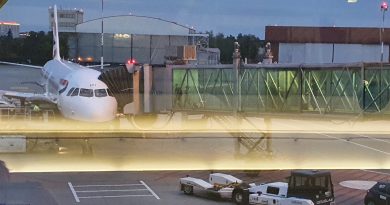