Hundreds of Norfolk (in .pdf format)

The hundreds are the old administrative divisions of Norfolk, in place from the Anglo-Saxon period to the nineteenth century civic reforms. I hadn’t seen this Hundreds of Norfolk map before, which has the parishes and the hundreds marked on it, which is rather useful. The PDF has been produced by the wonderful Norfolk Record Office and it’s a handy way of seeing how the old parishes and hundreds were made up. There were surprisingly few changes over the centuries, with 36 hundreds in Anglo-Saxon times and 33 by the middle of the nineteenth century. 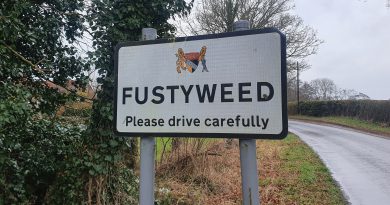 Finding the Source of the River Wensum Part 3