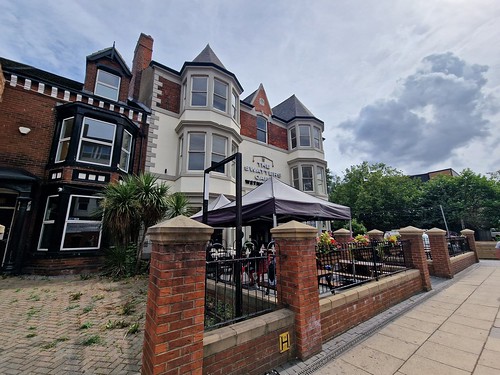 After a lingering visit at one of the craft beer bars in Middlesbrough, I thought I might as well tick off the second JD Wetherspoon outlet in the town, which is the Swatters Carr. One again, I’ll pinch the pub’s history from their web-site:

“This has been a public house for more than a century. Mostly, the three-storey building (which extends along Victoria Road) was the Empire (not to be confused with the nearby Empire Theatre – now a nightclub). The Empire was originally named the Empire Hotel. The building is recorded in the 1891 census as the Swatters Carr Hotel Public House – Swatters (or Swathers) Carr after the isolated farmhouse, first recorded on a map dated 1618.” 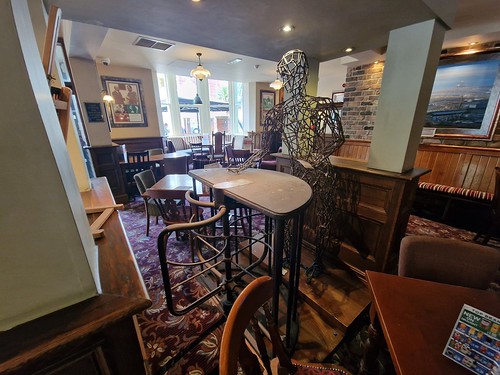 Something of an art installation with some history, I thought that this was suitably quirky. The pub is one of the better reviewed pubs in the JD Wetherspoon chain and I thought it seemed well managed and organised. It’s a large venue, but it was clean, comfortable and peaceful. My laptop and I were quite content here for some time. 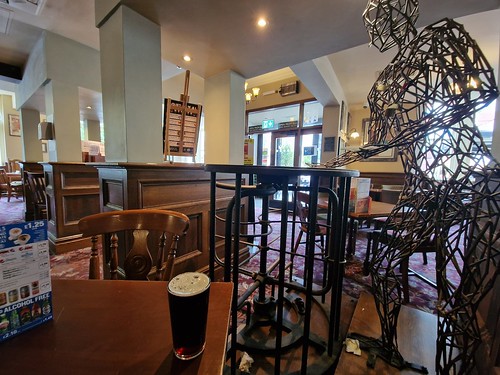 I was pleased to see that the pub had Plum Porter from Titanic Brewery on, so I had a half of that for not much more than £1. I made another mental note to go and visit some pubs owned by Titanic, mostly around the Stoke area, perhaps I’ll do that in 2024. 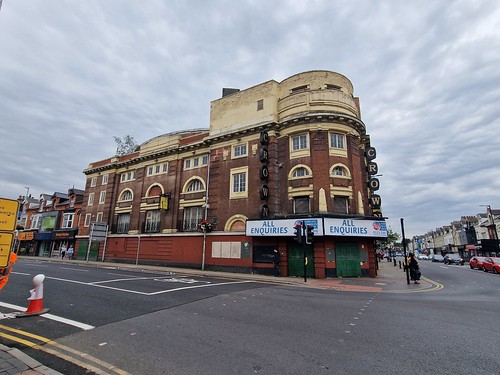 This enormous building was opened in July 1923 as the Elite Cinema, designed by James Forbes and with 1,900 seats. As with so many other cinemas, it couldn’t sustain sufficient trade in the 1980s and it was converted into the Crown Bingo Hall. That didn’t last long and it was turned into a pub in 1996 and I can only imagine that JD Wetherspoon had a think about getting involved, but it later on became operated by Stonegate as the Crown pub. They rather abandoned it in January 2015 by flogging it off to a property developer and it has been slowly falling into dereliction over recent years. The council is currently making warning noises that they’ll compulsorily purchase it if nothing is done soon, which seems the most sensible plan. At least the council are suggesting that they won’t countenance its demolition, which is perhaps what the property developers had hoped would happen. Urban explorers visited the building a couple of years ago, there’s a lot worth saving but it’ll cost a fortune to fix that up. I trust that no little incidents will happen to the building which would justify it being demolished. 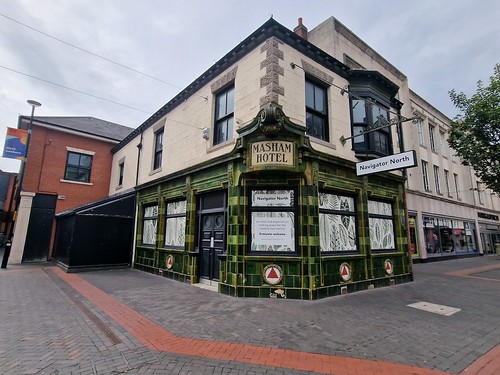 The former Masham Hotel and what a beautiful frontage for a building, although sadly it’s no longer a pub. The former nineteenth century pub closed a couple of decades ago and was initially turned into shops and is now in use as an office. 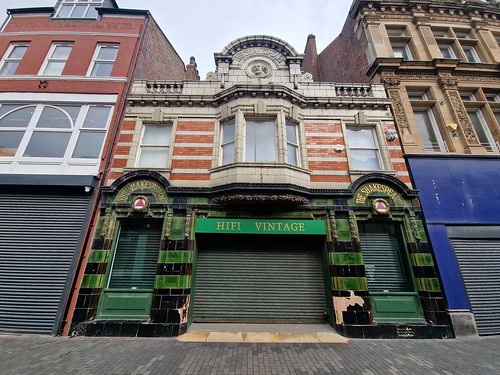 The same pub company and a not dissimilar frontage to the Masham (not least as it was done by the same designers, Kitching and Lee in the 1920s), with a similar fate of this no longer being a pub. It’s a little sad, but this one closed its doors as a licensed premises in the late 1990s, although there has been talk of giving it another go as a pub. I hope they do, it just feels like a pub with character. 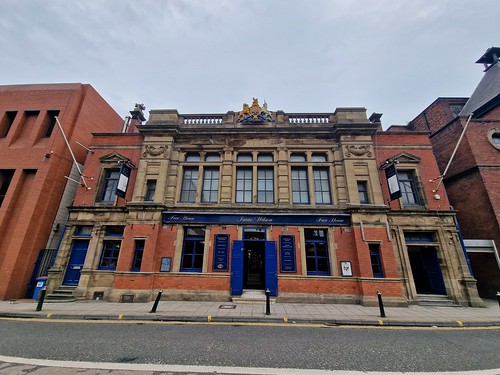 I was quite intrigued by the Isaac Wilson pub for a number of reasons, it’s a converted courthouse built in 1901 on the site of a Quaker burial ground, which is also named after a Quaker who opposed drinking. I bet he’d be thrilled. It’s also a former JD Wetherspoon pub and they closed it in 2017 and sold it to another company. 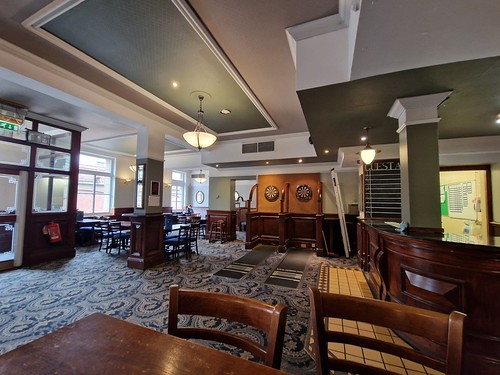 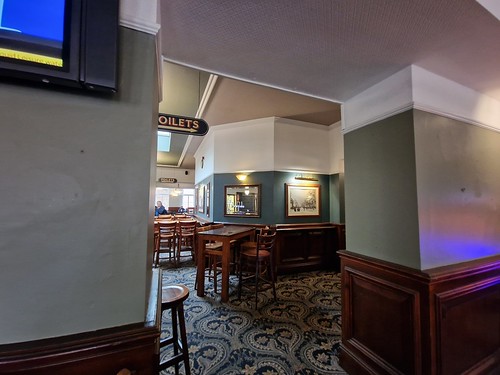 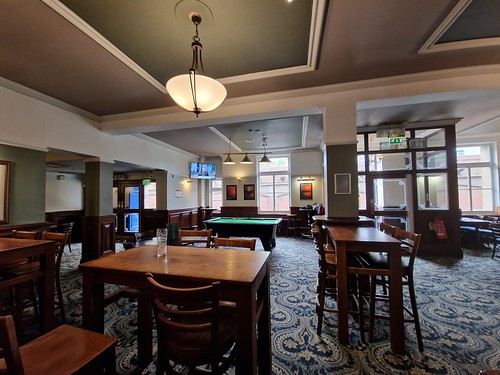 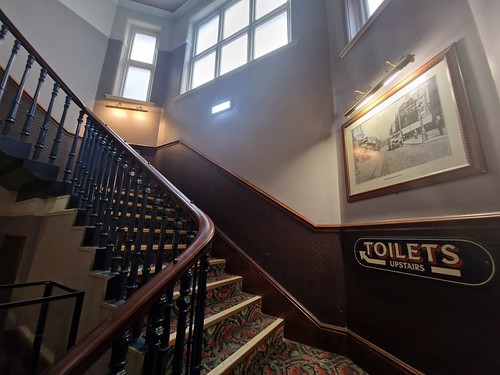 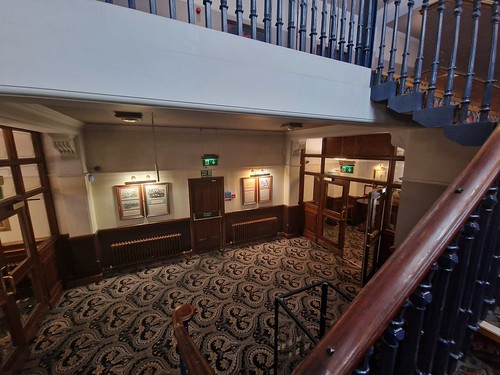 What I was a little surprised by is that the new owners have effectively just kept running it in exactly the same way, so even five years later it looks the same as it did other than there’s now a pool table and darts board. I can’t complain about that, if I took over a former JD Wetherspoon pub, I’d do the minimum possible, just paint out the old signs and leave everything else. So the signage, tables, carpet, bar and even pictures are unchanged. The new operator is Tees Inns, who also operate the former JD Wetherspoon King Johns Tavern pub in Hartlepool. 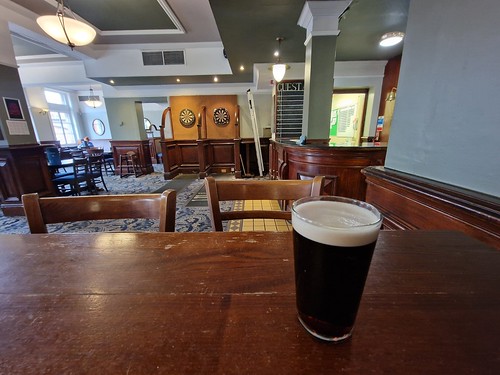 The pub had maintained low prices and I went for half a pint of the York Chocolate Stout from Rudgate Brewery, a reliable beer which was well kept. The team member was friendly, politely querying why I was ordering halves, but he was satisfied with my answer that it lets me visit twice the number of pubs. I can’t say that I struggled to find a table, but to be fair, late Monday afternoons aren’t really the peak trading time for pubs. 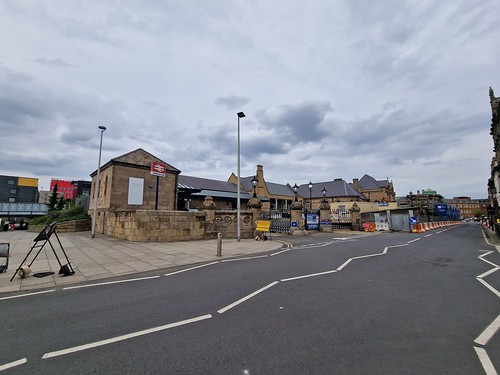 The frontage of the railway station, currently undergoing what looks like quite a restoration. 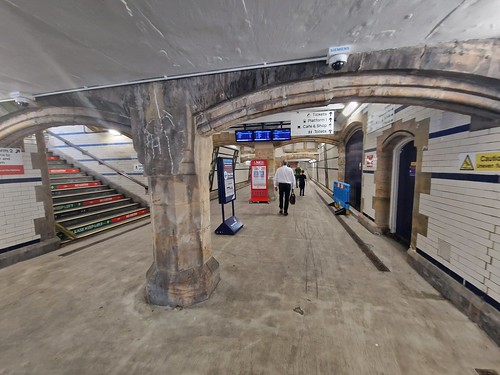 This feels like a proper railway station, it almost felt like a castle in the tunnels under the platforms. 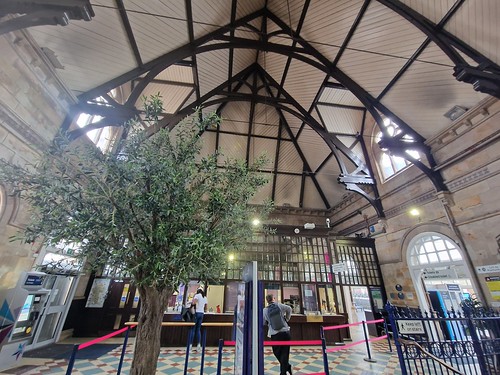 I did comment yesterday on the random foliage on the platform, but to be fair, they have made a big effort elsewhere in the railway station. 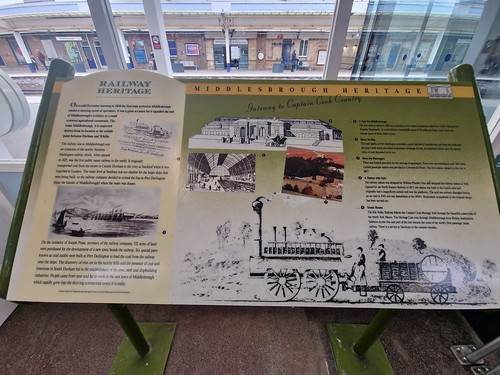 I always like to see a board about history and I’m especially pleased to see them in railway stations. I suspect that I really should get out more…. 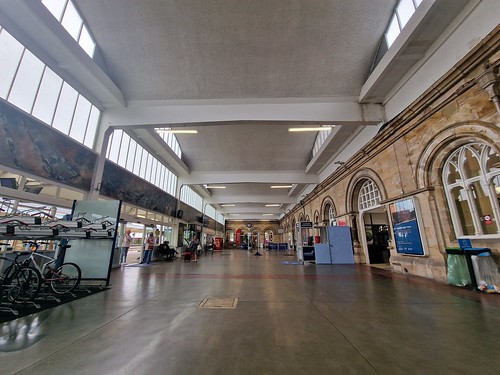 And what a lovely waiting area, there’s a hint of decadence here. 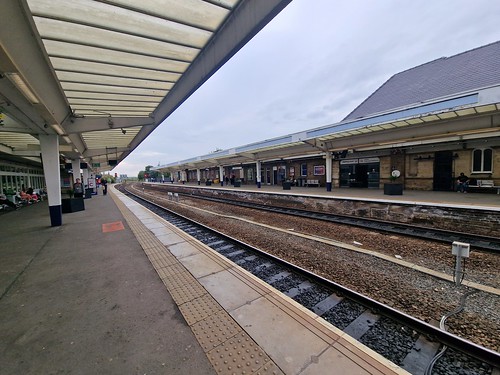 I’m not sure why I was disappointed by the platforms, I think it’s just that other parts of the railway station felt like they were dripping in heritage and this just looked like most other stations. 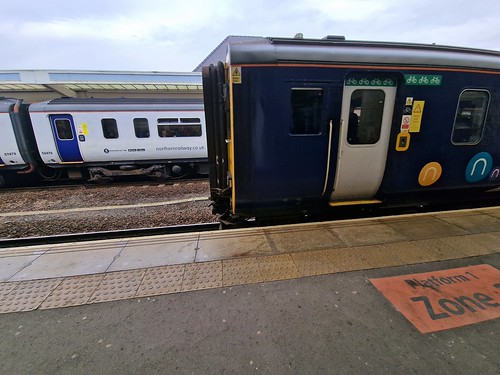 My Northern train back to Darlington. On time, clean and efficient. 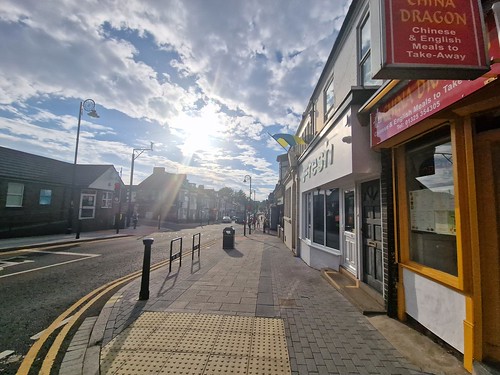 The photo is because I liked the Ukrainian flag. I still regret not going back to the country this January when I had chance, but I hope to return as soon as is even vaguely possible. 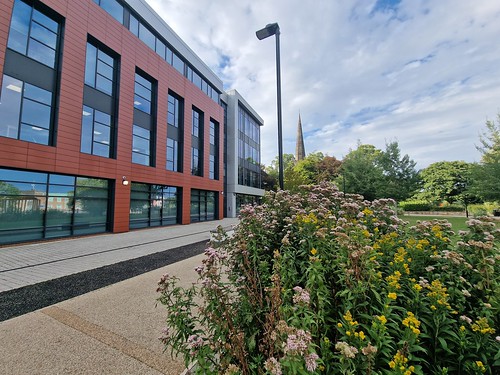 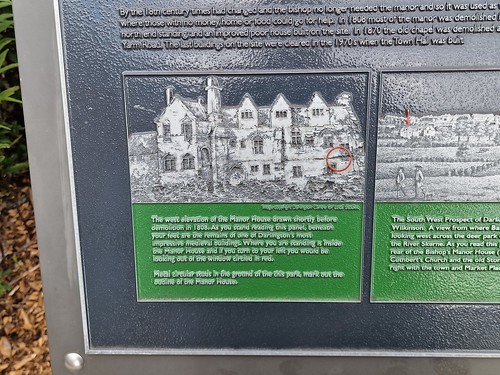 But I took the photo there because I was standing where this window is marked out in what was the Manor House, a grand and substantial building overlooking the river. The property had originally been built in the twelfth century and it was used by the Bishops of Durham. I think they fancied having a property in a rather grander place and so it fell into disrepair before it was demolished in 1808. The site was then turned into a workhouse for the poor, but this and the remains of some buildings from the manor house that had survived were all pulled down in the late nineteenth century.

In their place, Luck’s Square and Luck’s Terrace had been built on part of the manor house’s land.

However, in the 1960s this too was pulled down, as they wanted the land to build themselves a nice new Town Hall. Although, being honest, it looks a little like it was near to falling down anyway. It’s a much nicer area now, there are benches overlooking the river and it’s rather peaceful. The calmness does hide just how much this site has changed in usage over the last two centuries, from a grand manor house to a rickety building that needed pulling down, then a workhouse, then terraced housing and now the large green area outside the town hall.

And after all that excitement, I went back to the Mercure hotel that I was staying in, pleased to note that they had restocked all the free welcome drinks in the fridge. How really rather lovely.