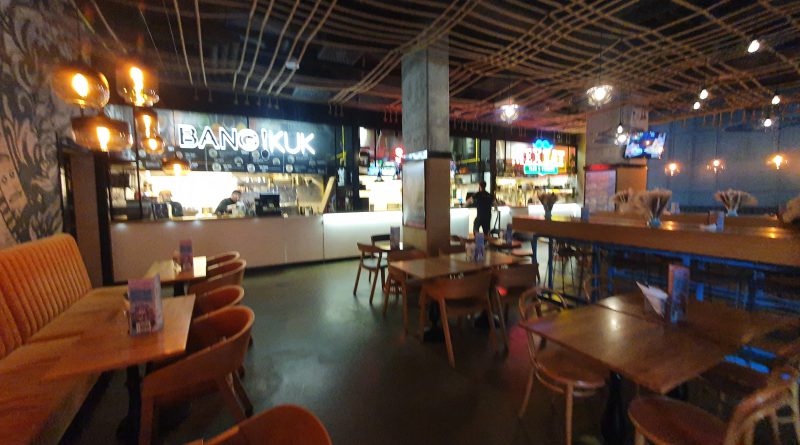 Słony Spichlerz has opened relatively recently and it’s a food court which has a bar and several restaurant options. This whole set-up is becoming more common now and if done well it can be quite effective and on-trend. There are nine different restaurants here which cover a variety of cuisines, with a common seating area between them. That’s a handy option for groups that want to eat different styles of food, as they can all sit together. This photo didn’t come out quite as clearly as I would have liked, but it’s one of the rooms with three dining options visible, Bang!Kuk Thai, Sexy Bull Burgers and MexEat Tacos & Burritos. The Pasta Miasta option. All of these outlets looked interesting, so there’s plenty for me to come back to if I come to Gdansk again, which is fairly likely. There’s a bar on the first floor, which is Salty Bar, but the beer choices were rather unexciting, so I gave that a miss. This strikes me as unusual as well, the decadent food courts I’ve been to before across Europe tend to have an on trend bar with the latest drinks, whereas here they’ve settled for generic options mainly based around cocktails. I have nothing against Guinness (indeed, I very much like Guinness), but that’s really not the dark beer option that any decent bar should have when there are so many excellent Polish breweries creating marvellous porters and stouts. At least they’ve made the effort to put their menus all around the venue though, which is helpful.

Anyway, this was an interesting location and I liked the set-up here. I went on a Sunday lunchtime shortly after opening and it was getting quite busy, so it seems to be a popular venue. There’s not a vast amount of seating, so it might take a little waiting for be able to find a table during the summer months. Recommended though, and there should be a dining option for most tastes. 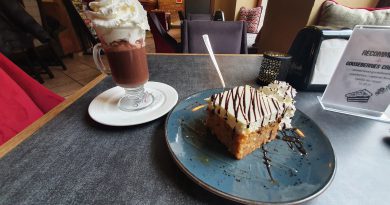 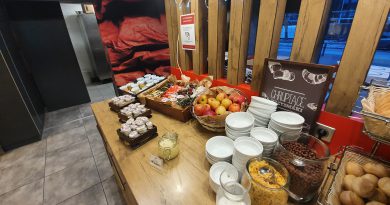