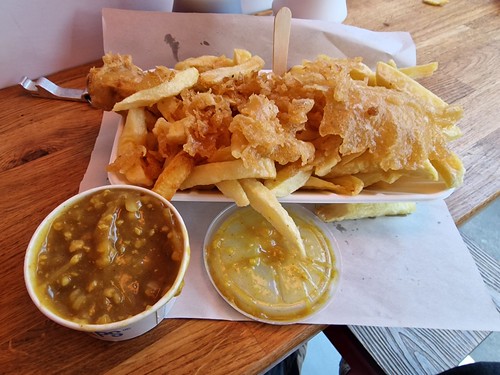 I didn’t need to make this post, as it’s just more of the same from my not very exciting to write about day. My day involved a lot of sitting about in various places with my laptop (which was very productive fortunately), but I had a desire to upload this beautiful photo from Lucy’s at Norwich market. Large butcher’s sausage, chips, curry sauce and a heap of scraps. There surely can’t have been a better time to be alive. 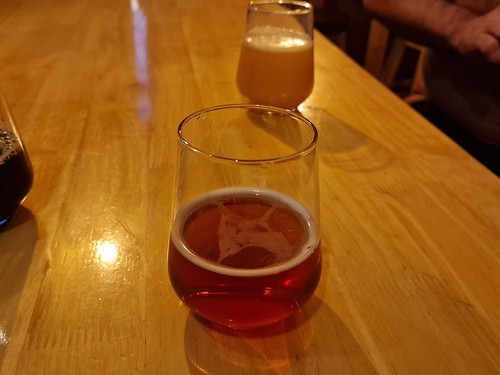 After beating Liam 5-0 at pool in the evening, I decided it’s a game that we must play more of. I like winning things like this, as it proves to me that the game was a sensible one to play. To celebrate my whitewash, it was another trip to the Artichoke pub so that I could be reassured that it was still there. This beer is the Blackberry Grisette from Jester King Brewery and I have to be honest and note that I didn’t have a clue what a Grisette was. Well, as this is clearly an educational as well as informative blog, I’ve pinched this text from Wikipedia:

“A grisette is a variety of beer originating from the mining regions along the border of France and Belgium. It is a close relative of other farmhouse ales of the region including saisons and bières de garde, though unlike those beers, which were prevalent among agricultural workers, grisettes were consumed primarily by miners. The name, which means “little grey one”, may come from the name of the local grey-colored stone or from the grey frocks worn by the women who served the beer in local pubs. It is a low-alcohol beer that is light in body, with a noticeable tartness similar to other farmhouse ales and in some ways to the gose beers of Germany. As of 2016, only one Belgian brewery was still making the style in the traditional manner, though the American craft brewing industry has started producing several varieties, often working from historically researched recipes.”

This one was 5.3% ABV and is from the American craft brewing industry, it’s from Austin in Texas. Liam ordered a beer that he liked the pump clip of and I privately noted that he still hasn’t got Untappd. I didn’t say anything. 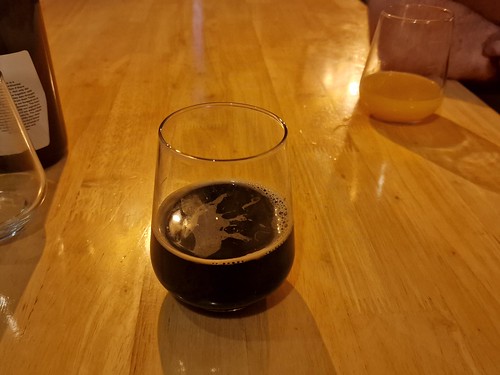 This is the Keith coffee stout from Wild Card Brewery in Walthamstow and I have no idea why they’ve named their beer Keith. It’s an unusual name for a beer, but it was suitably decadent, chocolately and rich, a nice way to savour my pool triumph. But I won’t keep going on about that. 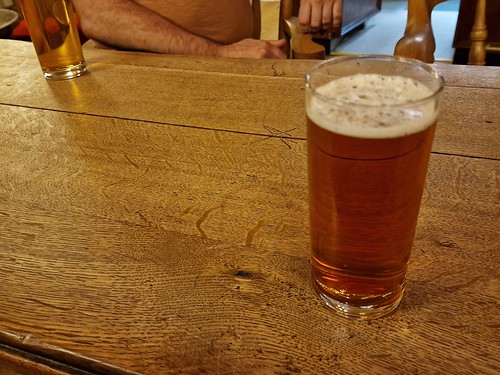 Liam, who doesn’t seem to be able to keep out of pubs so that he can order random beers, demanded that we went to the King’s Head for a few hours, and so I went along with this. Charlie was on top serving form again, he’s good at this bar thing. I went for the Scoundrel from Tydd Steam Brewery, partly because I had gone through most of the other beers the previous night, which was a well-kept session bitter from Cambridgeshire.

I hadn’t intended to be back in Norwich for a few days (the rail strike caused the change of plan), but with the delights of chips, winning at pool and craft beer, I’m glad I was. I’d add that this is all research as well, it’s not just for my enjoyment, but the LDWA NEC are coming to Norwich for the weekend in a couple of weeks and I’ve got to check my favourite venues are OK. Stuart is a martyr to decadent beer, I can’t have him let down.