I’ve merrily posted individually about a few of the more interesting buildings in Williamsburg, but I’ll drive everyone mad (myself included) if I create individual posts about all of them. So, here’s a job lot…. Although having written that, there might be a few job lots of these photos as there was so much to see in Colonial Williamsburg. 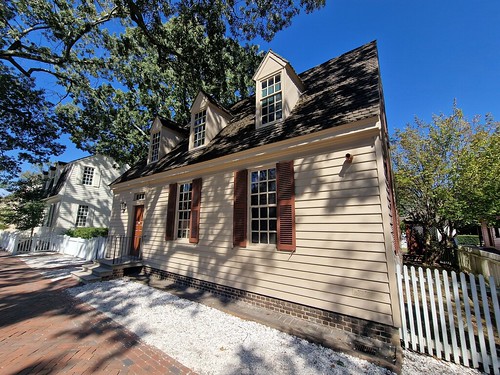 Russell House, reconstructed, built in around 1745 and purchased in 1774 by William Russell, Clerk of the Virginia Court of Admiralty and the Williamsburg District Court. 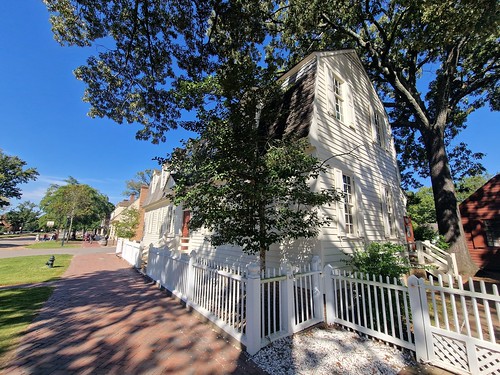 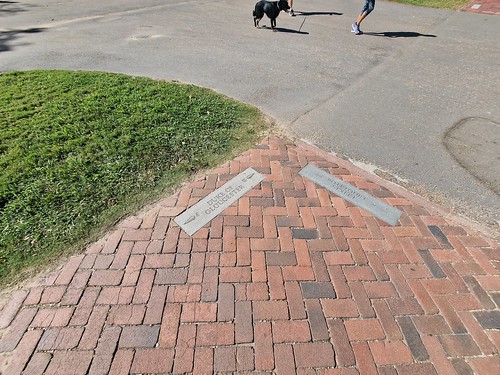 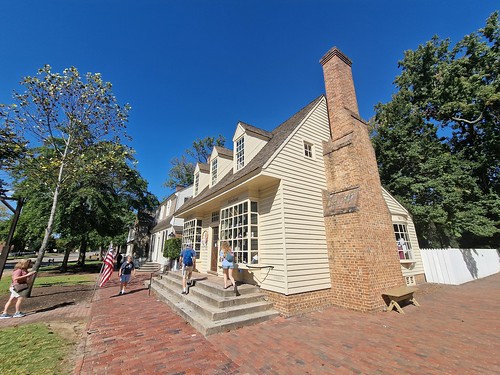 William Pitt Store, reconstructed, named after the merchant who sold hats, clothing, housewares and other goods during the American Revolution. 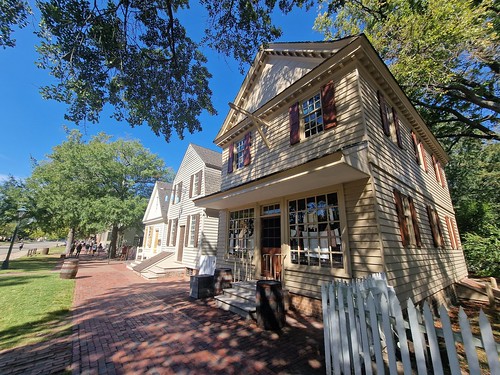 William Waters House, reconstructed, named after the wealthy planter who lived here between around 1750 and his death in 1767, with his widow continuing to live here for another thirty years. 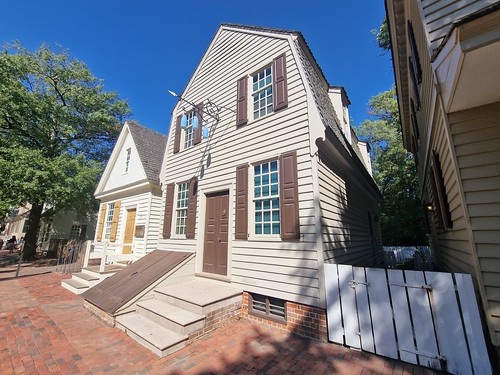 Holt’s Store, reconstructed, which was the general store operated by William Holt between 1760 and 1770. 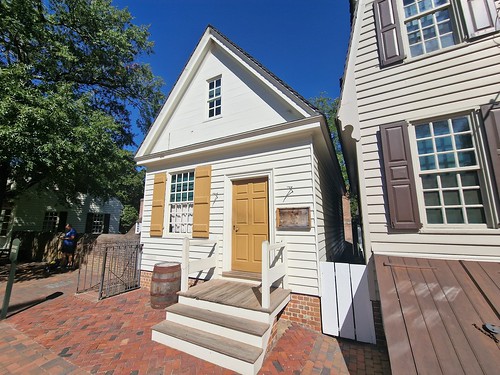 Hunter’s Store, reconstructed, built in around 1772 and occupied by a grocer, M Dubois, until the late 1770s. It’s known that he sold goods including coffee, sugar and Scotch snuff. 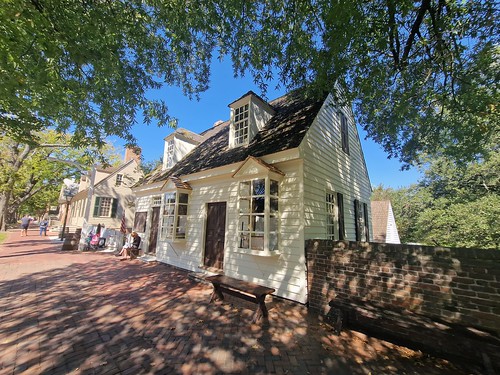 The Post Office and Printing Office, reconstructed, this was kept by printers John Dixon and William Hunter, who also published the original Virginia Gazette, as well as selling books and offering printing services during the American Revolution. 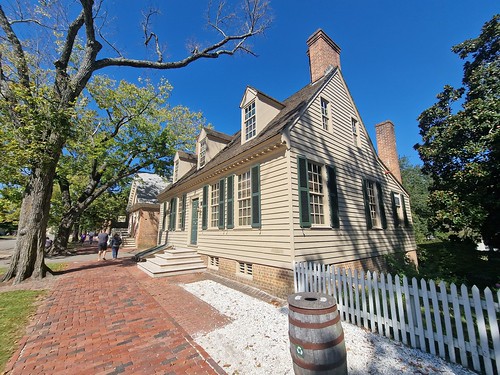 George Pitt House, reconstructed, but inherited by the apothecary and surgeon George Pitt in 1757. 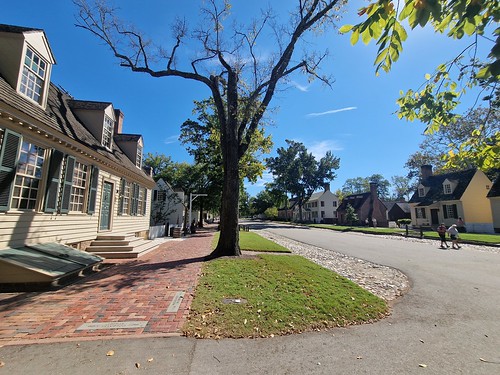 And a view of the main road, Duke of Gloucester Street, which was a wide thoroughfare which went through the middle of the settlement. Cars have been banned from this part of the town since the establishment and evolution of Colonial Williamsburg, so as to try and maintain the sense of heritage.

Although all of the properties above are reconstructed, they are useful in getting an understanding of how the town once looked and just how many professions were taking place. Many of the key roles in the community back then don’t exist any more, today there would likely be many more properties specialising in offering technology and financial services to the local residents and businesses.