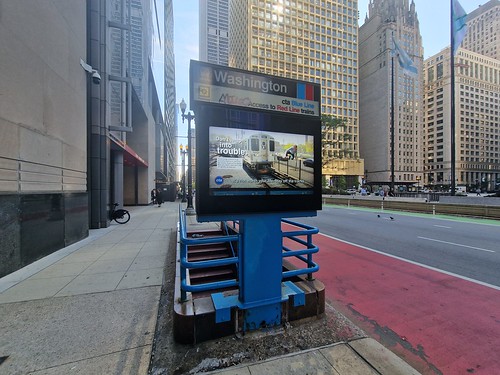 As mentioned in my previous post, my five days in Chicago had come to an end and I was returning to O’Hare Airport. The Blue Line is a 43 kilometre long service which is the longest on the network and one of two lines in the city which is open and operating for 24 hours per day. 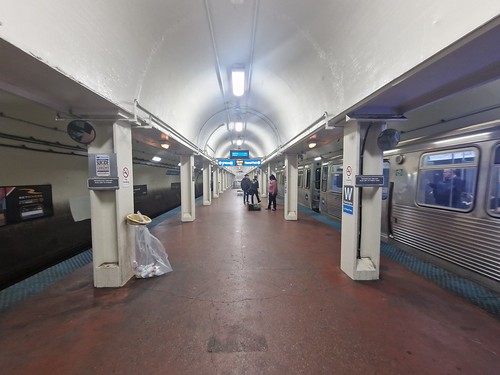 I only realised at this point of proceedings that I could enter the station using a contactless card, something which proved suitably convenient as I had just tried to buy a paper ticket and that had failed. As an aside, I applaud the posters to offer the suicidal help and contacts, but that and the whole dank arrangement did make everything feel a little miserable. 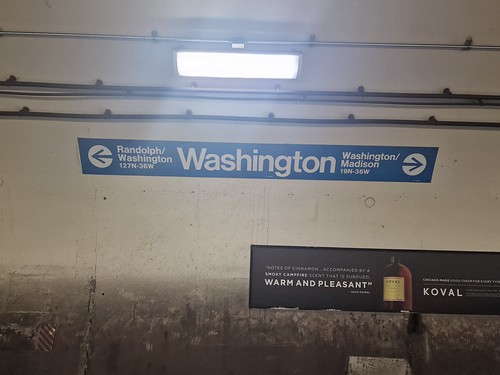 It’s not easy as first sight to decide whether the wall has an artistic city skyline drawing or just lots of dirty marks. 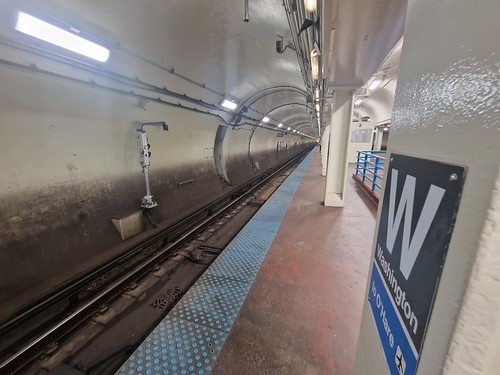 But it’s dirty, all grimy. Although when a transport authority is operating a 24 hour service, I imagine that makes it more challenging to send cleaning crews in to deal with the issues. 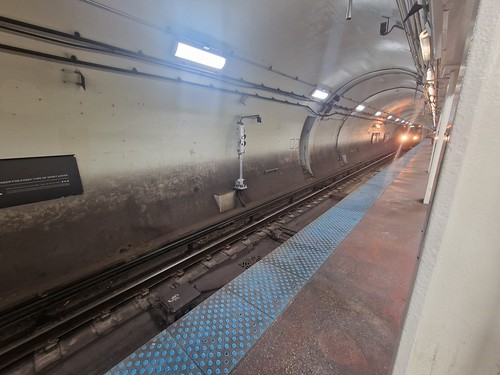 Fortunately, I only had a wait of around three minutes for the train. 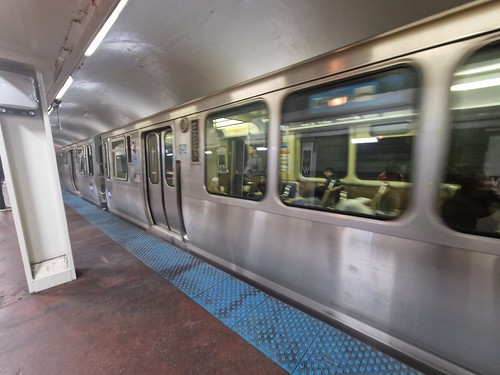 Lots of metal screeched to a halt with the sound echoing around the station. 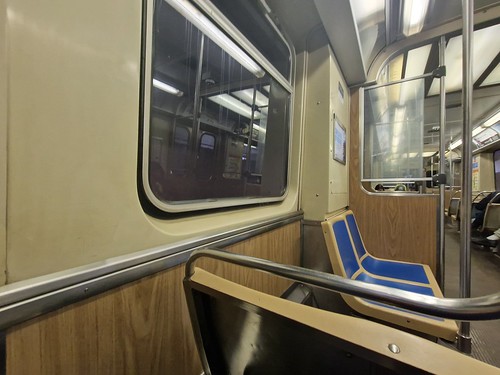 The carriage had something of a 1980s feel to it. 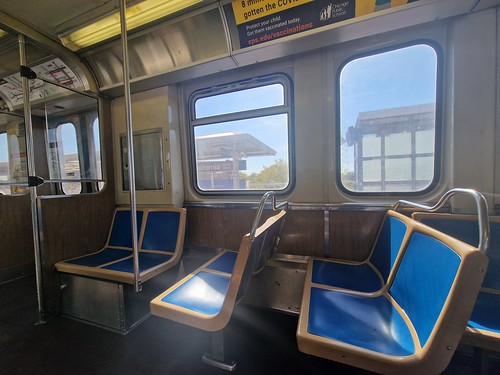 It’s not the most comfortable metro system that I’ve ever been on with its tough plastic seating. 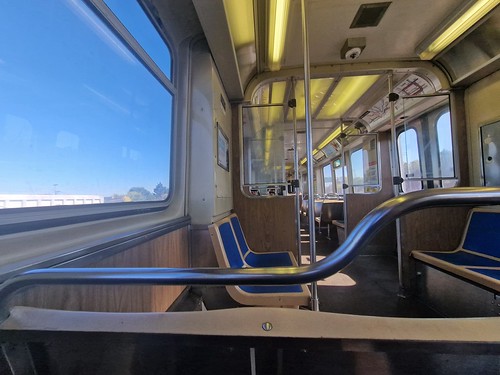 Nor was it the busiest during my trip, although in general this is one of the most used lines on the network. 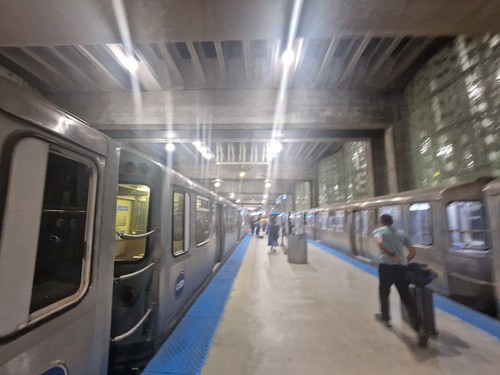 However, it was cheap and efficient, and I was able to take a blurry photo safely back at the metro station at O’Hare Airport. This airport extension to the blue line was opened in 1984 and the transport authority is promising to make the cars rather more luxurious as they continue their roll-out. Having looked at some of these designs, they’ve removed the wood effect and put some cushioning on the seats, a definite improvement on the way.