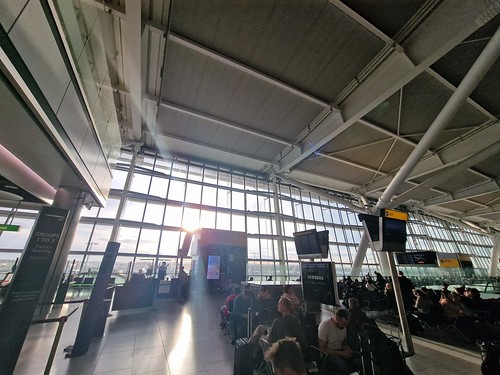 The sun shines through the terminal windows at T5 lighting up the delights of Gate A9, which was fortunately not the bus gate (which is A10). The boarding process was all orderly and no-one stood in front of the queueing area, which made things much easier for the staff. Although the flight is to Dublin, this is effectively a domestic flight for purposes of border security, the staff don’t need to check passports at the gate, it’s just a photo image they take and that’s an automated process. 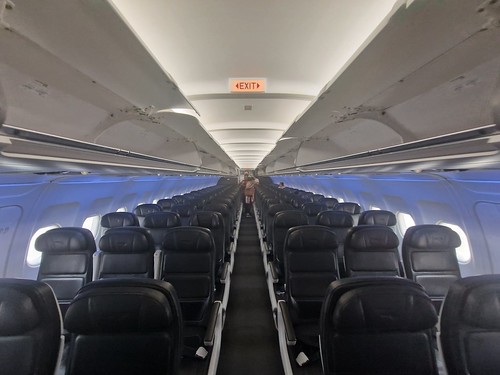 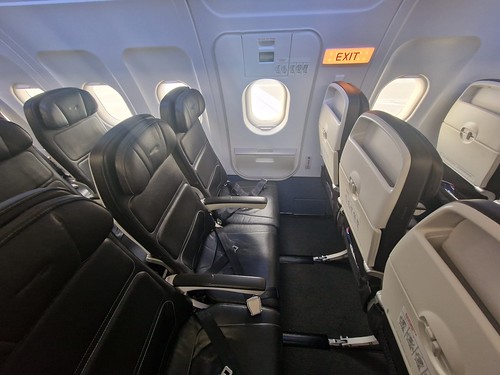 My exit row seat, with the middle seat not being filled on the flight. I fell asleep soon after boarding, fortunately waking just as they handed out the water and cereal bar (which are still in my bag) before having another little sleep. Very restful. This is the big advantage in British Airways over Ryanair or WizzAir, who bang and clank down the aisle trying to sell things. It’s not the fault of the hard-working crew at these airlines, just the model in which they have to work. It was the usual professionally operated flight, the pilots were reassuring and gave useful announcements, whilst the crew were endlessly polite and efficient. 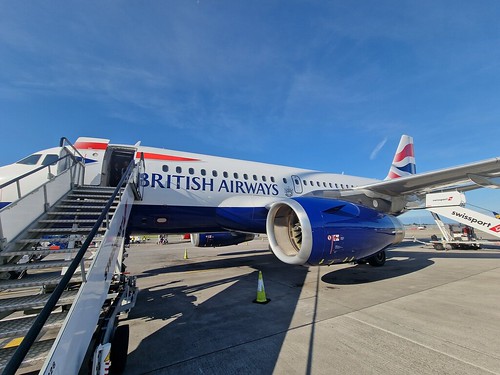 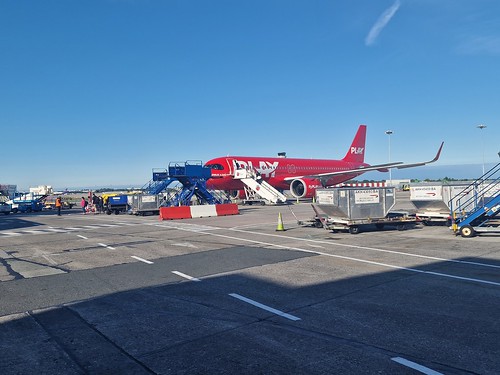 There are only six Play aircraft, the relatively new budget airline which operates from Iceland.

The border control process at Dublin is easy for UK passport holders. They do no checks on the passport on their computers, they just check that it’s a UK passport and that the image looks like the passenger in front of them. I think I was at the desk for around three seconds, it was almost as good as being in Schengen, not that that’s looking likely for the UK in the next few decades.