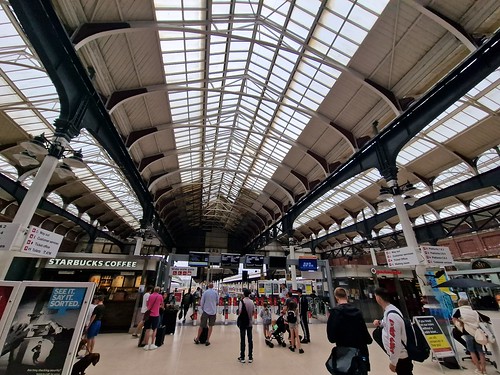 I’m not going to be travelling as much next year, so make the most of this riveting content whilst you still can. Because next year, it’ll be limited to the Vulgar Dictionary, graves from the Rosary Cemetery and photos of chips from the market. For now, this is Norwich railway station in all its glory. They still haven’t found a replacement for West Cornwall Pasty which is unfortunate, nor has the M&S ever re-opened from its “temporary closure” in March 2020. 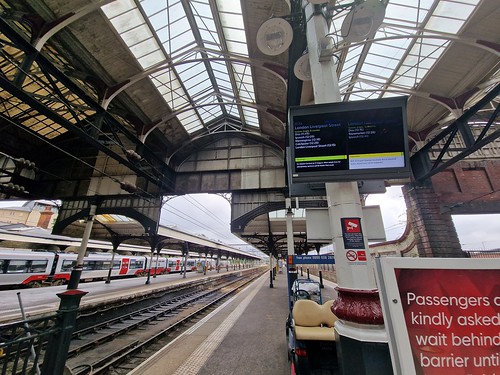 I always get everywhere early, on this occasion so early that the train hasn’t arrived yet at platform 2. The eagle eyed would have noted that if I had decided to depart from another platform, I could have gone to visit Cromer Carnival. I’ve also never noticed that some London trains have eight carriages and others have twelve carriages, but I can’t imagine that sort of information will excite or delight many people. 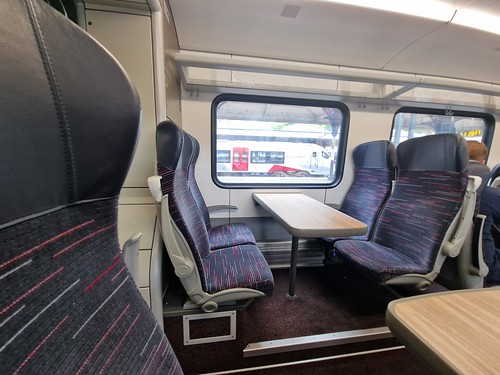 Wooo, it’s not the Stansted Express train, it actually has tables. The service was relatively busy, but there were always seats available during the journey. Not that I’m one for complaining, but these new Stadler trains do make for a bumpy journey, but I’ve noted that before when the man in the on board cafe was struggling to even pour a coffee. 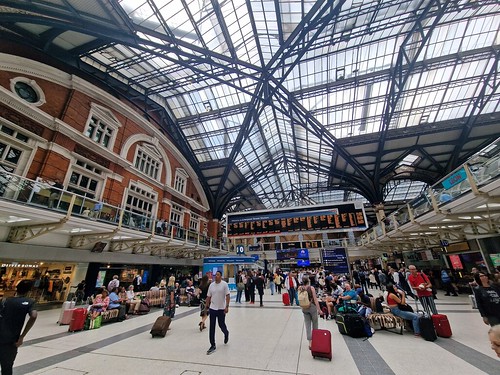 London Liverpool Street was busier than when I arrived at 4am two weeks ago. I think I prefer it quieter. Note the new Greggs is open, and there’s another one just opened opposite the entrance to the station, they must be quite an opening drive. I can only imagine that it will be Pret who lose out here. 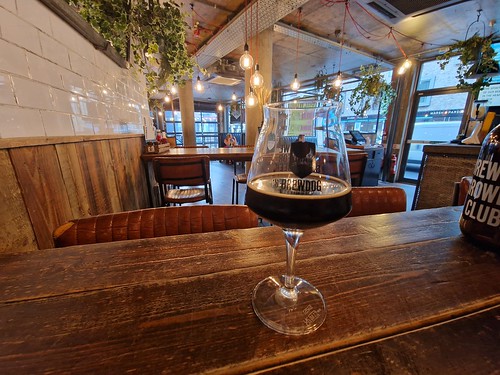 Then a quick visit to Brewdog Shoreditch to take advantage of my new Brewdog Plus subscription, more on which in another post. Like the Norwich outlet, they struggled a bit with the QR code, but it all worked out in the end. The beer is the last of the Donut Series that I hadn’t tried, this is the peanut butter cup with salted caramel glaze. The flavours were pleasant enough, but it was a bit thin and it needed a bit more salted caramel taste for my own personal preference. 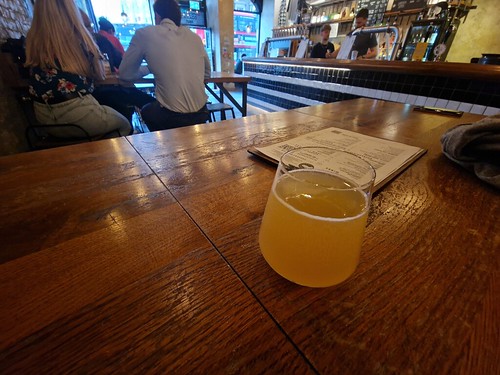 It would be wrong to be in the Shoreditch area and not pop into Goose Island. As usual, everything was in order, and although Daniel the manager was there, this bar seems to run efficiently all the time. I mention that as it can’t be easy to run a venue in this part of the city with an often fraught atmosphere outside, but with calm inside. Nicely done as ever. This is the Cold IPA (I had to Google what that beer style was, apparently it’s an IPA fermented at lower temperatures) and it was rather decadent, quite a touch of grapefruit flavour in there. I expect Nathan would have known that without looking it up, he knows a lot of irrelevant stuff. 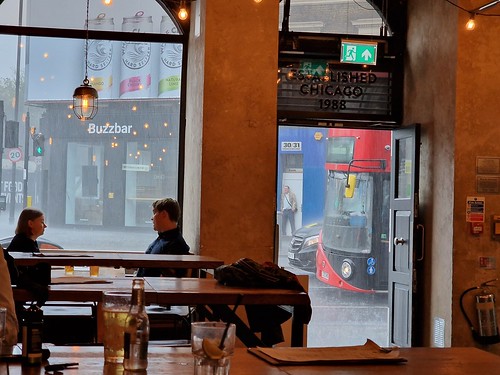 I’ve complained that it’s too hot for weeks, and then at the very moment I need to go to the nearby restaurant, it pours down in Biblical terms. 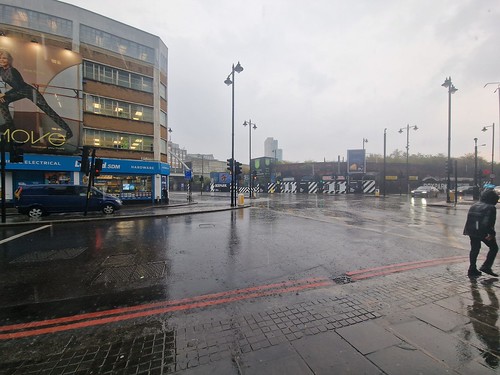 Well, how lovely. I can’t really complain, I’m happy with rain as it makes things much cooler. 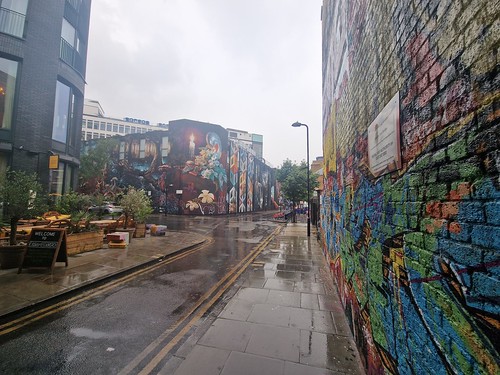 I’m standing under a railway bridge here trying to wait out the rain, whilst admiring the street art. 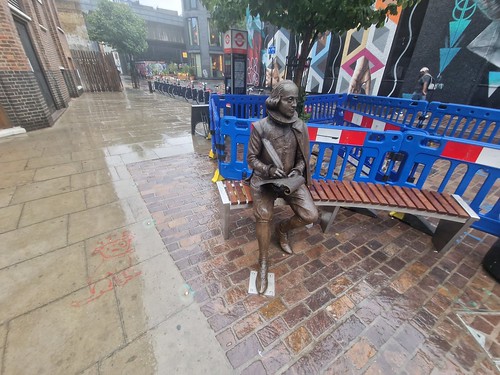 On the Zeppelin walk that Des led a few weeks ago, he mentioned that this area had Shakespeare connections, something that I hadn’t been aware of before. And, since late 2019, there’s been a statue of him (Shakespeare I mean, not Des, although I’m sure his time will come), marking the nearby Curtain Theatre.

And for anyone interested, here’s a bit more about the uncovering of the Curtain Theatre. The theatre had opened in 1577, remaining in use until at least 1624 and one of the discoveries was that it rectangular shaped and not round. The stage was 14 metres long and despite it clearly being well attended, it’s not entirely cleared why it closed. I’m impressed that so many bits of it survived, including remnants of ceramic boxes where admission fees were placed before being taken to the office to be opened, a forerunner of the phrase ‘box office’.

Anyway, with that I meandered across, whilst quite soggy, to Sagardi, but more of that in the next instalment.