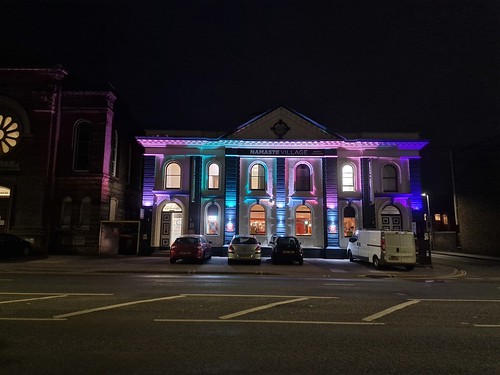 I was pleased to be in Norwich for the Hike Norfolk monthly meal, where twelve of us went to the Rose before coming to the vegetarian Namaste Village restaurant. We had gone for a monthly meal here before and the standards were high, and it’s good to visit a location where there is plenty of choice for vegetarians (indeed, on this case, the entire menu). 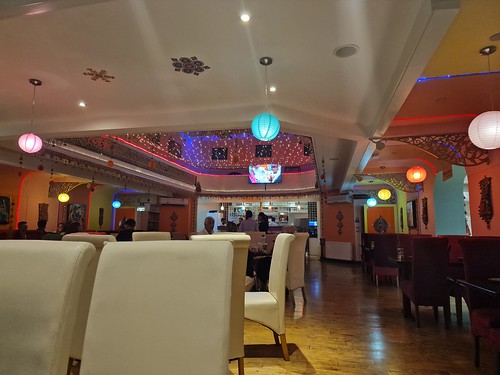 It’s a large venue in a glorious setting, the former Methodist Church Hall which was constructed in 1887. Given that it was a Saturday night, I was surprised just how quiet it was, there wouldn’t have been a need to book in advance. 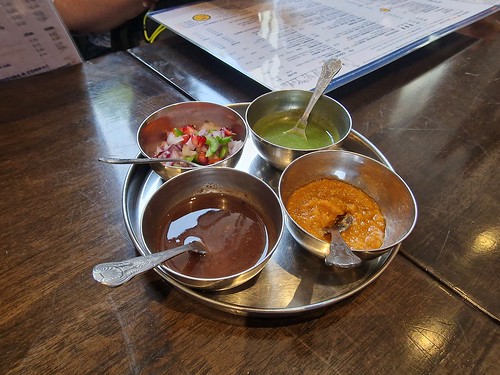 The poppadom dips were average and lacking in any particular taste, and the portion size provided for four people was insufficient. It seemed an odd thing to scrimp and save on, particularly when contrasting it with the hugely impressive Lowestoft Tandoori where I visited last week. 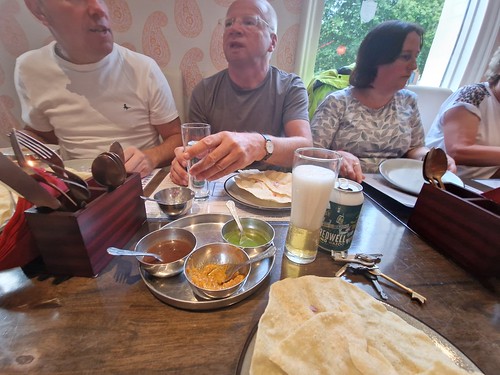 They had though made an effort to get some local beer in, the King Wazoo from Redwell Brewing (where Namaste also do the catering from time to time). That’s Gordon visible at the rear of the photo, I suspect being quite demanding. As for the menu, I must admit I’m not entirely keen on vegetarian restaurants having dishes such as “lamb rogan josh” or “prawn koliwada”, as there will be some diners who just drop in randomly without realising it’s a vegetarian restaurant, and for who those have English as a second language, there’s a possibility of being misled. Indeed, some of the restaurant’s reviews complain about the quality of the meat, so I assume they’ve not realised what they’ve ordered. 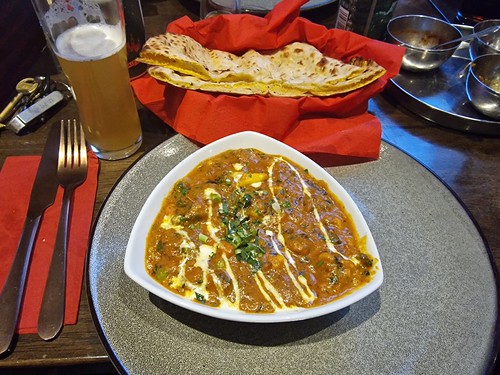 The vegetable labbabdar, which was nicely presented and the peshwari naan was slightly crispy, which is as I prefer it. One element I liked is that they don’t fiddle with the spice levels between dishes, if someone orders a meal that is meant to be served spicy, that’s what it will be. Having written that, there wasn’t much spice in the labbabdar, although it was marked with medium heat on the menu’s symbol guide. There was a depth of taste to it though, with the vegetables in the curry retaining some bite.

It was all convivial in terms of the atmosphere, with the staff at the restaurant being cheerful and pro-active, although the prices were pushing towards the more expensive end of the scale. The quality seemed reasonable, but unexceptional, but for those who are looking for vegetarian or vegan Indian food in Norwich, it’s one of the better options available at the moment. I’m puzzled why the restaurant wasn’t busier, but it’s an odd time for hospitality venues at the moment, a few landlords in Norwich have mentioned that the pub trade is all over the place, often quiet when it should be busy and vice versa. Anyway, it was all a lovely evening, with the staff never rushing us, with the reviews online generally very favourable, so they’re getting a lot right.