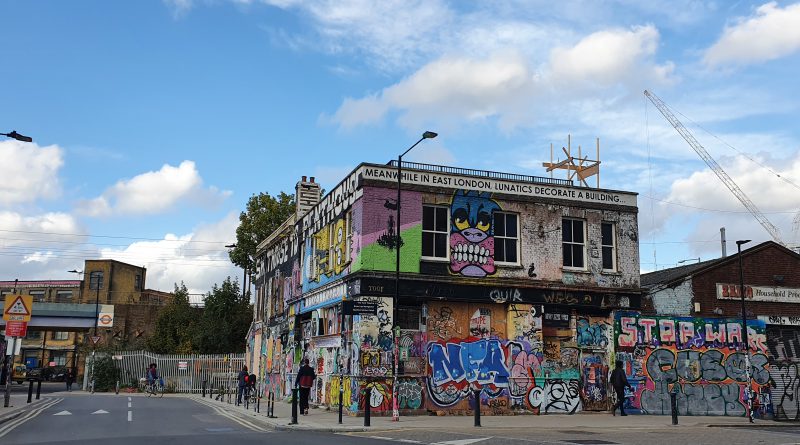 This makes for quite an impactful sight, the former Lord Napier pub in Hackney Wick. Opened in the mid-1870s, it was just a typical back-street pub until it closed in 1995. It then became known for graffiti, raves and adventure. I say adventure, but I have no idea what would have gone on here as raves aren’t quite my thing. There were plans announced last year to turn it back into a pub, although I can only imagine that it’ll need a complete refurb inside both structurally and design-wise. Given the rise of craft beer pubs in the area, I imagine that it will do well, although there’s no sign of work having started yet. It has become regularly used by graffiti artists, as in the professional ones who do decent work, so there was talk of somehow allowing that to continue in a measured way.