I last went to the Imperial War Museum before it closed for a substantial refurbishment in early 2013 and the opportunity to visit now when it was quiet seemed quite appealing. It remains free of charge, provided with substantial funding from the Government, whilst it makes the rest from its commercial activities.

The museum first opened in 1920 and it had become essential to tell the story of the First World War and other conflicts that the British had become involved with. This first museum was located at the Crystal Palace, before a new site being found in South Kensington in 1924 and then, finally, the museum moved to its current site in 1936, at what was previously the Bethlem Royal Hospital in Southwark. The entrance hall is impressive, with various military vehicles and planes visible. There are, broadly, four main exhibition halls which cover the First World War, the Second World War, the Holocaust and the Lord Ashcroft Gallery. I’m not entirely sure why the Holocaust exhibition has been shoved into the Imperial War Museum, although it has been given the size and status that it deserves within the building. The UK needs a Holocaust Museum that isn’t just part of another institution, but the Imperial War Museum is currently working on a new set of displays that are meant to complement the controversial Holocaust memorial being built by the Palace of Westminster. The Holocaust displays are excellent, although very powerful, perhaps too powerful. They have some graphic images of nudity and videos of people about to be hanged, I’m always uneasy that someone who suffered in the Second World War should be further humiliated in this way. But, this was a sizeable display and it was laid out clearly and with a central narrative. Ideally, I’d have liked the Imperial War Museum to operate a Holocaust Museum on another site (preferably nearby) where it could have more space and more funding. This is the top of the building, I’m not sure what it’s usually used for. The Lord Ashcroft Gallery was, I think, designed for children and it has the world’s largest collection of Victoria Crosses. I struggled to engage with this gallery, I wanted them to pull out interesting stories of some of the individuals who had been awarded military honours, but there were just a few words about many individuals and the most confusing mixed usage of fonts, media and display methods that I think I can recall. I think I’m getting old and grumpy, but I did see lots of children reading the displays and that’s perhaps the most important thing, that they engage with the history.

All told, I think I preferred the more traditional nature of the old museum displays, rather than the pared back current building. I often come to that conclusion though, but the Imperial War Museum is well-reviewed and is clearly doing something which appeals to the majority of visitors. But, the staff were all helpful and engaging, with visitors seeming to be enjoying their experiences. I think I wanted something with more narrative and I would have liked more exhibits and more stories about individuals. It was a perfectly pleasant way to spend a couple of hours though and more people should come here.

And, as an aside, I have discovered that the Imperial War Museum has placed part of their vast photographic archive on-line, which is very exciting as there are over 350,000 photos on their web-site. That’s an impressive effort, but they have 11 million photos so the size of this archive will be incredible when they’ve finished making it all available. 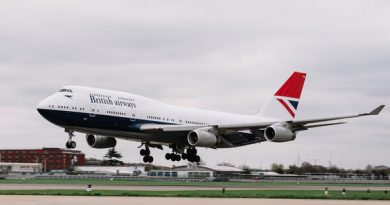 British Airways – Last Day of the 747