I have to say (write) that this is rather unusual…. Back in the First World War, British sailors from HMS Glasgow saved this pig when the German cruiser Dresden was sunk in Chile as part of the 1914 Battle of the Falkland Islands. They liked the pig and it became the ship’s pet, having a lovely bath every day and, on Sundays, they put an iron cross around its neck. It was named Tirpitz, after the German head of the navy Alfred von Tirpitz. In 1919, the loving members of the navy flogged off the pig (photographed above on the HMS Glasgow) for its meat to raise money for charity. It was purchased by William Cavendish-Bentinck, the 6th Duke of Portland, who preserved the pig’s head and trotters and gave them to the museum. It has remained in the collections of the Imperial War Museum and was first put on display in 1920 and has recently gone back in the First World War galleries. As for the trotters, they went to the replacement HMS Glasgow, but have since also arrived at the Imperial War Museum. And the pig must have been lucky for the ship, it was never damaged and it was sent for scrap in 1927 after having been used for a while as a training ship. 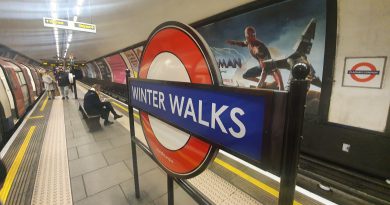