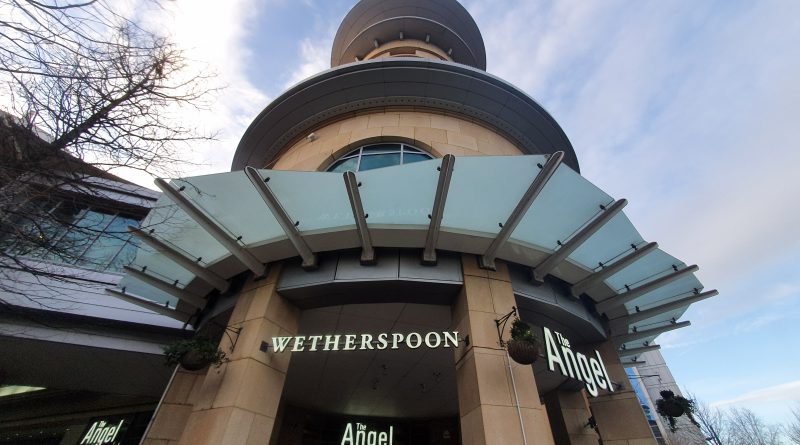 I didn’t have long in Basingstoke, but I made time to pop to one Good Beer Guide listed pub and the nearest was the JD Wetherspoon operated Angel. This is an odd pub, it’s really not that big and was at its capacity in terms of tables taken when I visited, so they were losing customers who couldn’t find a seat. Service was friendly and welcoming, I went for half a pint of the Lowry from Hydes Brewery, who are based in Salford and that came to the grand total of £1. Rather than rewriting the history, this is what JD Wetherspoon say about their pub:

“This former Lloyds No.1 bar opened in 2002. In 2015, it was renamed The Angel after The Angel Inn which stood behind Barclays Bank, in Market Place. The historic inn was the venue for dances which were attended by the novelist Jane Austen. The Angel closed in the 1860s. A new Angel was built soon after, on the corner of Wote Street and Potters Lane, but was demolished in the 1960s, during the rebuilding of the town centre.” I stayed at the bar which was bright and colourful. I spent most of the time people watching, as it was hard to get lost in a world of reading when trying to ensure I wasn’t in the way of any customer. Although I carefully avoided standing near the real ale options, as a new pet hate of mine is when people sit there and block the view of those (terms and conditions apply, such as when the pub lists their beer on Untappd…..). Anyway, I digress again. The Lowry beer was fine, although unremarkable, a few Citra hops shining through an entirely drinkable beer.

The reviews for the beer are around average for JD Wetherspoon outlets, perhaps slightly above average. I noted this review:

“Enjoyable evening, having met up with friends, enjoying catching up laughing tell jokes. Bar staff than comes over and says, we are not serving you anymore your table is too noise too much laughter coming from it, we thought they were having a joke, but no they wouldn’t serve us because we were too noisy. Really!!”

“We ordered 6 breakfasts and waited 1 hour 20 minutes for it. When it arrived it was cold, rubbery and tasteless. The portion of beans consisted of 18 – it was so funny we counted”

I fear there might be a Facebook group about beans soon, as if the one about chips isn’t enough…..

“Staff just out of nappies no social skills. Serve youths before more mature customers even when you been waiting longer just to get noticed”

I can’t imagine why the staff ignored this customer…..

“Our evening was spoilt by an over zealous manager….. Who got upset when we sang happy birthday to our friend. It put a dampener on the rest of the evening. It was not rowdy. It was a quick song song. You run a pub not a library…..”

“Haha we got told to stop laughing . We’re in the world can’t you go out for a beer and have a good time . This is weatherspoon not the bloody Ritz”

There’s not much else I can note about the pub as I wasn’t there for long and everything was quite busy, but the staff were seemingly enjoying themselves, or as much as they could. I can see why the pub is listed in the Good Beer Guide as there were seven or eight different real ales and that’s enough to justify an entry, although the surroundings weren’t particularly cosy (but that’s often the case in these former Lloyds venues). There is another JD Wetherspoon outlet in the town, the Maidenhead Inn, and I suspect that the surroundings there are a little quieter and more sedate. 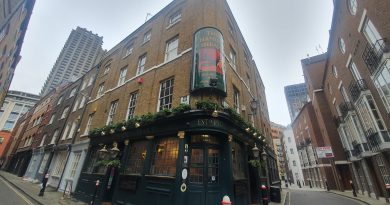